Home Featured 12 reasons to be a dancing queen at Sundance’s ‘Mamma Mia!’

12 reasons to be a dancing queen at Sundance’s ‘Mamma Mia!’

Is summer really summer without a night on the wooden benches or grass facing the stage at Sundance? For 2019, Sundance Summer Theater has audiences toe-tapping to familiar ABBA anthems in their production of “Mamma Mia!” Here are 12 reasons to attend this show before it closes on August 10 (Mondays, Thursdays, Fridays, Saturdays at 8 p.m.) 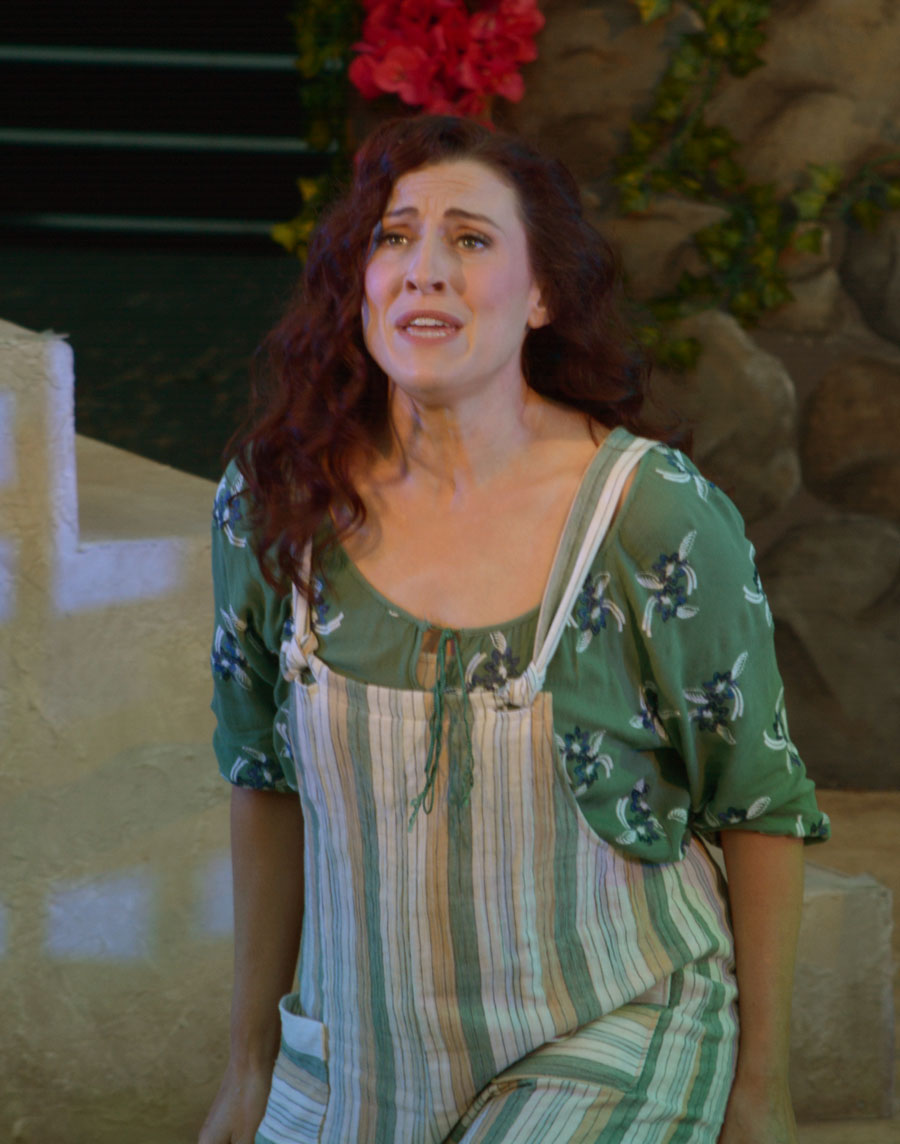 1. The winner takes it all. Our favorite musical moment was the emotional ballad sung vulnerably by Dianna Graham, letting us get a closer look into the main character who is a single mom named Donna. Meryl Streep would be proud. 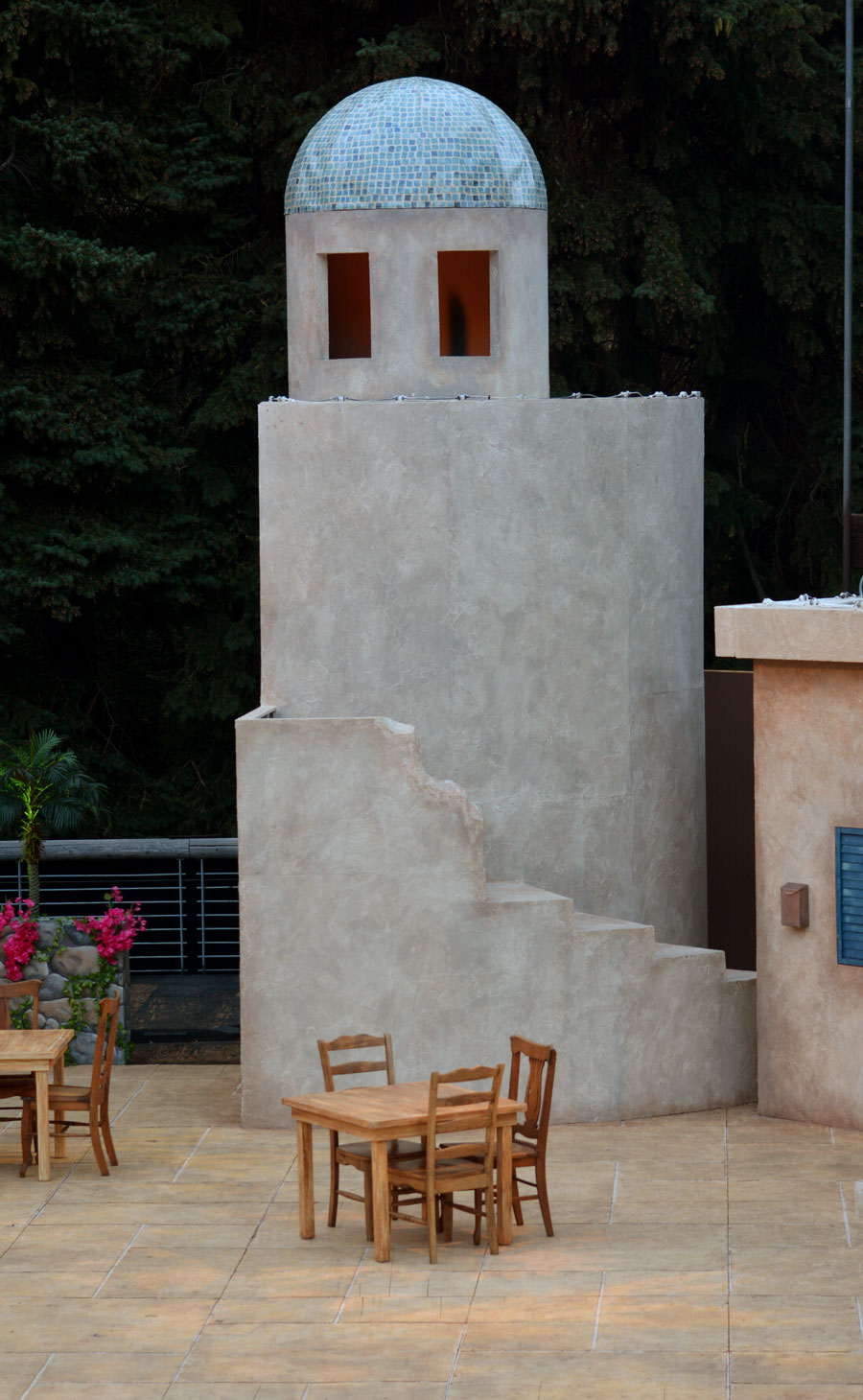 2. The set. We had heart eyes over this Greek village complete with unique entrances, exits and fun added pieces that complete the island atmosphere on the back of Timpanogos.3. The dance captain. Every actor is moving and grooving, but we particularly applaud dance captain Cagen Tregeagle for his many spins and leaps.

4. The Neon Spandex costumes. In true “Mamma Mia” fashion, the dancing isn’t the only “wow” factor. Amazing costumes had us wishing we had bright pink neon go-go boots. 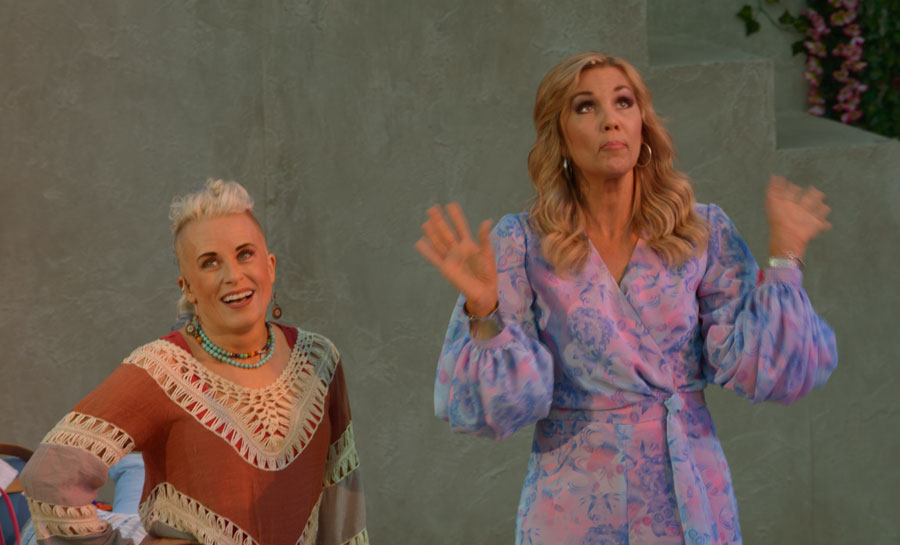 5. Tanya and Rosie. Even though these actors aren’t teenagers, the energy and spunk they brought had us wanting to check birth certificates. Beautiful vocals and a fun relationship highlighted the performances by Kerilyn Johnson and Jocelyn Hansen.6. The priest’s dance moves. Among all the fun surprises in this show, one of our favorites was the white haired priest who was hesitant in the first act, but then came around and joined in the dancing.

7. The direction. Everyone on stage was given specific and bold direction from Director Matthew Herrick. The show flows cohesively and has audience attention from the first word to the last bow. The partnership between Sundance and Utah Valley University to produce annual summer theater is one of Utah Valley’s most successful duos.

8. The interpretation of classic ABBA songs. This musical is known for its movie rendition, as well as its Broadway run. With a well-known plot and music, it’s difficult to bring a new flavor. But the Sundance production does just that. 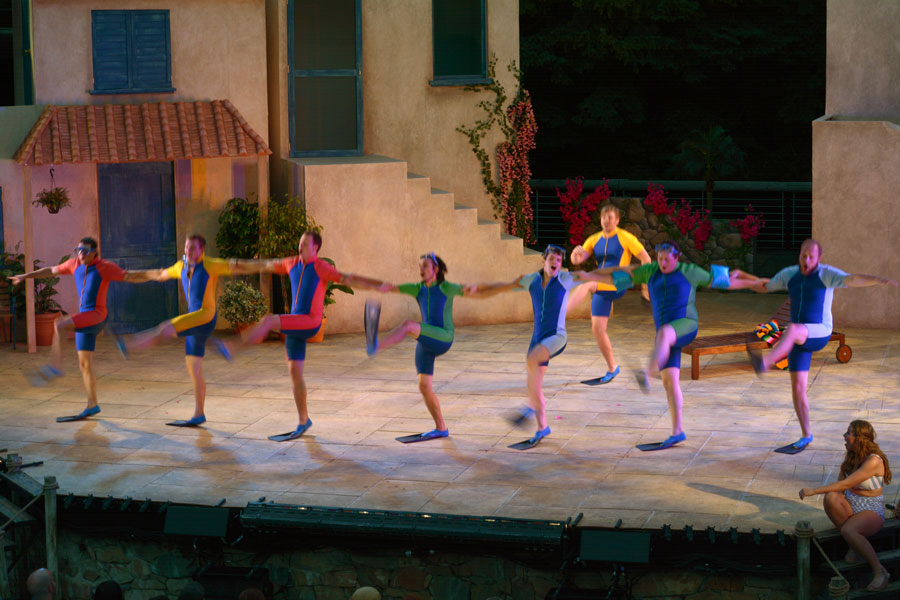 9. The scuba flippers. The most flipping-fantastic dance involves swim flippers, synchronized swim moves, and a click-clacking kick line of male dancers in wetsuits you have to see to appreciate.10. Donna. That’s it. She is literally a 10 and the backbone of the show. Most often wearing overalls, Donna brings charisma, emotion, humor and talent to each scene. 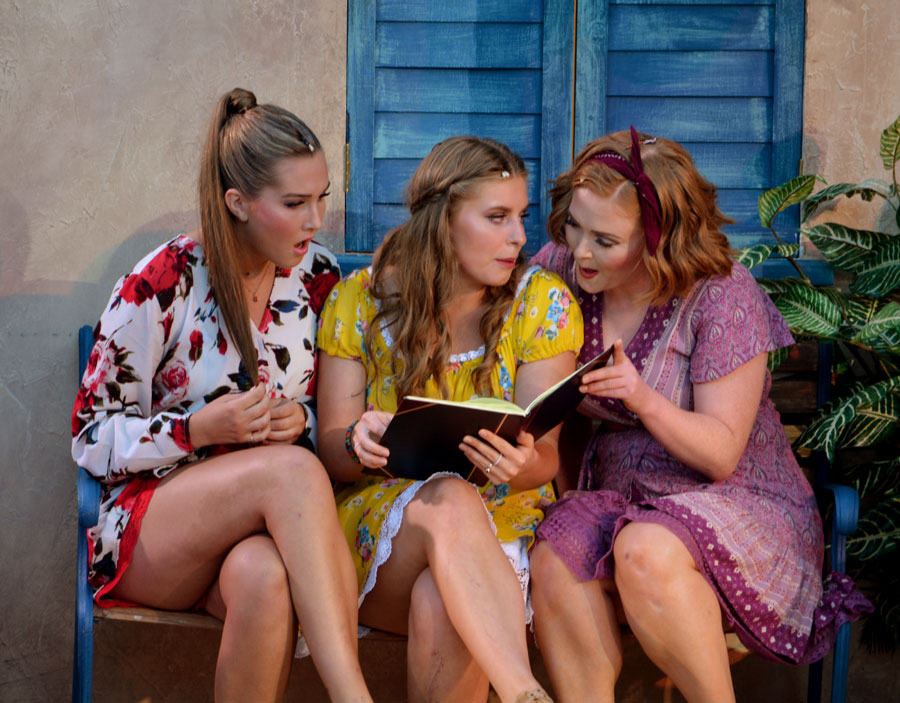 11. The fun relationships within the cast. When the actors on stage are having fun, the audience are, too.12. The surprise dance party at the end. Mamma Mia! wouldn’t be complete unless it involved dancing in — and out — of your seat! #spoileralert
Share

BusinessQ Roundtable: PR experts put a spin on it Previous post
UV To Do: August 2019 Next post