From Broken Bones to Rhinestones: Abby Werner Ranked 2nd in the World for Latin Dance 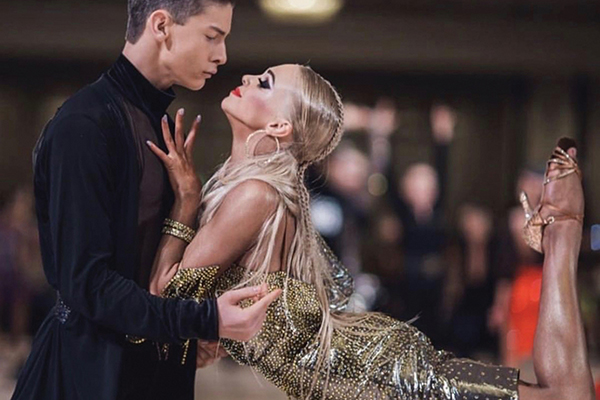 Starting at age 2, Abby Werner had dance ingrained in her soul. Now, at age 16, she has already performed on America’s Got Talent and the first season of World of Dance. Abby is ranked second in the world in Latin. She is the first American to hold this title since Derek Hough. Just a couple of weeks ago, she scored a private audition for Dancing with the Stars.

Abby fell in love with dance as it got more competitive. But it’s not just the competition that makes her love it — it’s how it makes her feel.

“If I’m having a bad day, I can just contemporary dance it out and feel all the feels. Or if I’m super happy, I can just do leaps and turns. It’s a great avenue to express my feelings,” Abby says.

Abby is a fighter and is committed to sticking it out no matter what happens.

“She doesn’t let anything — injuries or bad days — affect her,” Deanna, Abby’s mom, says. “She just leaves everything behind and gets in there and dances.”

While performing her second to last dance at a competition at BYU, Abby’s dance partner accidentally punched her right in the nose and broke it. But that didn’t stop Abby. She stayed on that stage for the final song and for the entire next level of the competition before she went to the doctor.

Just a few weeks later, she was performing the same dance as a solo performer, and while spinning she got punched in the mouth, which broke her teeth, pushed them back completely and broke the bone behind her teeth — but she didn’t stop her routine.

“I had a broken nose and broken teeth and I pushed through, so I know I can do hard things,” Abby says.

Abby’s dance instructors describe her as the hardest working girl at Center Stage Performing Arts Studio. She is the first one at the studio and the last one to leave. So far, all of this hard work has paid off as she recently signed with Bloc Talent Agency and plans to pursue her career in the commercial industry.

Women in Business: The A-Team at Gatehouse No. 1 Next post