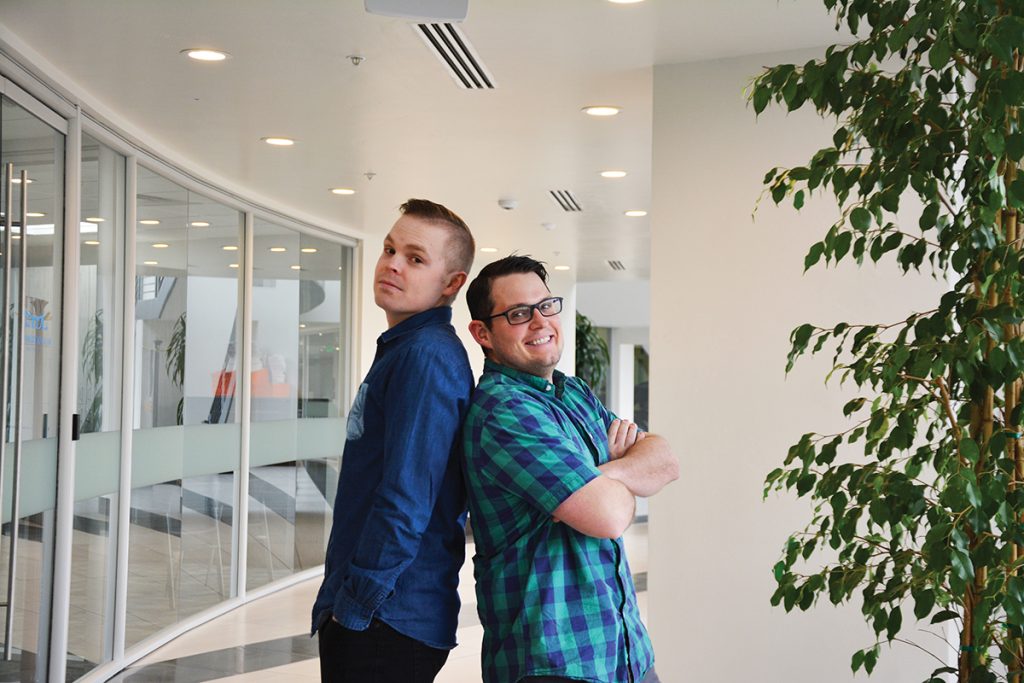 Sean Lee and Corban Carlson of Response Marketing Group give tips on managing the mundane at call centers.

This article may be monitored for quality assurance.

No one grows up aspiring to a be a call center agent — including Corban Carlson, who started at Response Marketing Group as an agent 10 years ago. For 11 months, he collected hang-ups like battle scars.

“I felt like I was living ‘Groundhog Day,’” he says. “So I actually quit and worked at a camp for people with disabilities in Wisconsin in the middle of nowhere. It was a good reset.”

After the summer, his boss recruited him back as a team lead. Now, 10 years later, he works as the vice president of call center operations at the Lindon-based call center.

“The number one thing for me is understanding what demographic you’re dealing with,” Lee says. “If it’s different than yourself, find a way to put yourself in their shoes.” Response agents are mostly high school and college students, and their top motivators are flexibility and money.

To create flexibility around college classes and social life, Carlson recommends letting the agents create their own schedule. He’s more concerned with the total number of hours at the end of the week than when those hours happen.

Instead of having one person do all the hiring, Carlson recommends team leads conduct the interviews. “They sit down for an interview with that team lead, and it’s almost like a first date. How are we going to get along?” he says. “There are times we can tell we won’t get along so that person is either passed to a different team lead or hiring just doesn’t work out. But there are other times when they’ll sit down and say, ‘I know we can work with each other, so I can teach you.’”

“Take the time as management to really think about how to make your employees feel valued. If an employee feels valued where they work, they’re much more likely to not only work there, but to be happy,” Lee says. Carlson encourages managers to actually ask the question “Are you happy here?” If the answer is no, let them take the day off. “It’s better to take a decompression day than to keep yourself in that monotony and drive yourself crazy,” he says.

Down to Earth, Down to Business

While Carlson did his time on the phones, Lee has never worn the headset — which lets him challenge the ol’ “we do this because we’ve always done this.” Lee also brings a human perspective with his psychology degree from UVU.

“Understand that your employees are people like you,” he says. “We all come to work because we need money. If we didn’t get paid to be here, nobody would be here. At the end of the day, they just want to be home with their families doing what they love. Understanding that has helped me in my interactions with the agents and with planning projects. It brings us back down to earth.”

Originally published in the 2018 summer issue of Utah Valley BusinessQ.