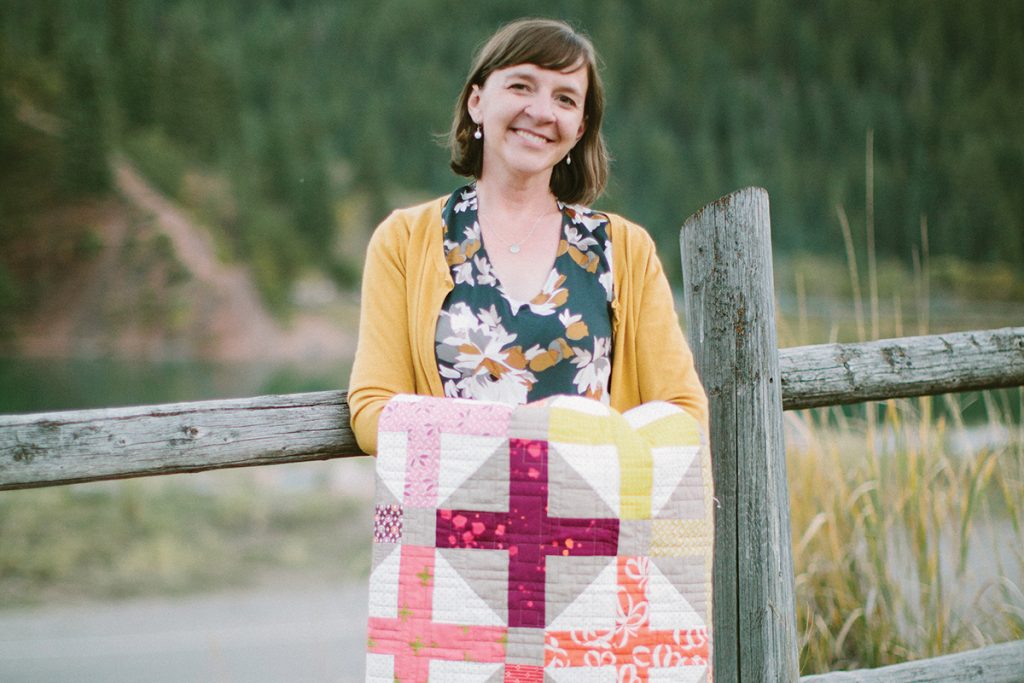 Amy Smart, who lives in American Fork, will be sharing her passion for piecework at the upcoming “Garden of Quilts” event held at Thanksgiving Point on September 14-16.

Amy Smart learned to sew as a young girl, and now she shares her passion for patterns through tutorials, fabric design, teaching and her blog “Diary of a Quilter.”

While Amy has made countless quilts, one of her favorite creations is this Americana quilt pictured above. The pattern is titled “Land That I Love” and incorporates the first fabric collection she designed for Riley Blake Designs, which is headquartered in Alpine.

The 70’’ by 70’’ quilt is considered a medallion style, which is a quilt that has a dominant central design surrounded by multiple borders.

“It came together much faster than I thought it would and I love the intricate border,” Amy says.

Amy’s life pattern become more focused on quilting when her four children were young and she needed a hobby and creative outlet.

“I have many memories of my daughters using quilting scraps to play quilt store,” she says.

Eventually she started working at American Quilting in Orem where she got to know Utah County’s thriving quilting community. Her talent and experience led to her being invited to teach and speak.

“Teaching is so fun because you get to feed off the energy of the people in your class, and I love interacting with quilters,” Amy says.

Amy has seen the quilting industry evolve dramatically over the past decade.

“I feel like the modern quilt movement started around 2006 and 2007,” Amy says. “The internet and blogs really helped, and then later Instagram and Pinterest played a role.”

One of Amy’s tutorials for a lattice baby quilt went wild on Pinterest a few years ago and is still popular today. The pin has been viewed more than 147,000 times.

When it comes to designing a pattern, Amy says the initial inspiration usually begins with a color palette, and then she layers her ideas from there. One of the biggest lessons the art of quilting has taught Amy is that “done is better than perfect.”

“When someone looks at a quilt, they see the beauty and big picture,” Amy says. “They aren’t looking at all the mistakes I might see. It helps me remember to not get hung up on the details.”

Amy is one of the celebrity quilters presenting at Garden of Quilts at Thanksgiving Point this September. 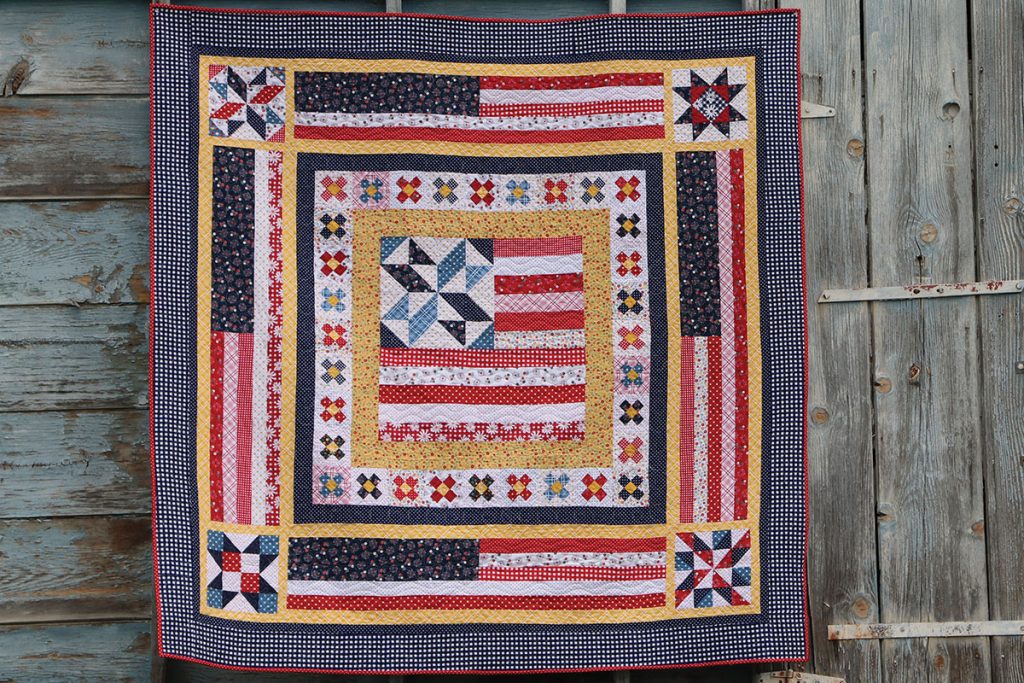 Points about the Pattern

Should I Hire a Lawyer? Advice from Randall Spencer of Fillmore Spencer Next post