Angels Among Us: American Fork Duo Gathers Trailers for 20 Displaced Families in California 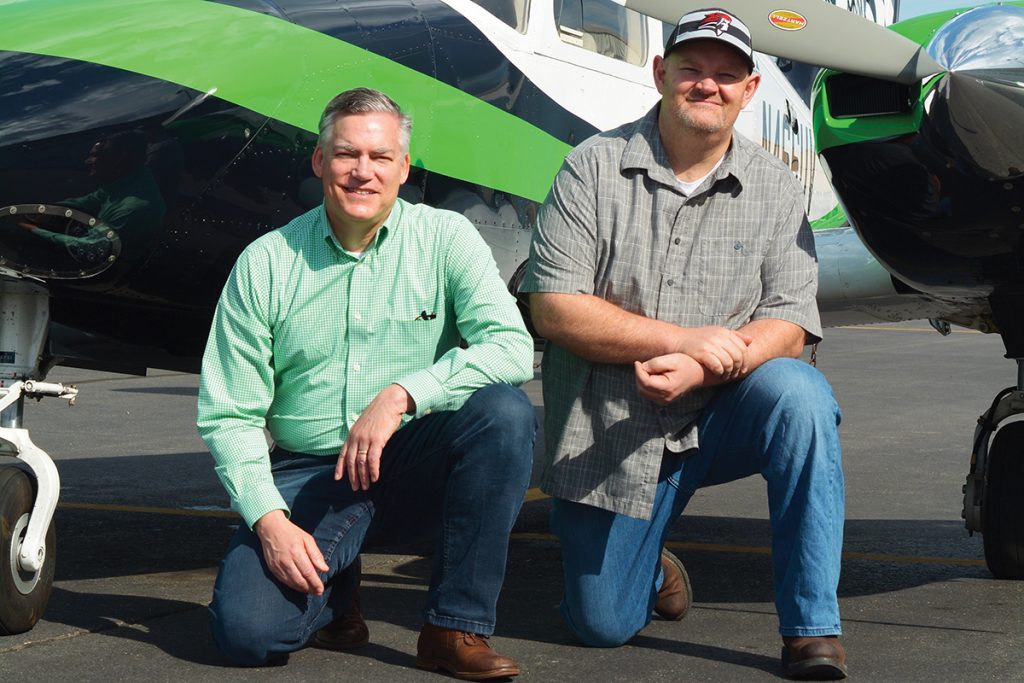 Barry Rellaford and Mark Black are quick to point out that donating more than 20 RVs to California families wouldn’t have gotten off the ground without the dozens of individuals who helped make the project possible — including Rod Martin who nominated the duo for this story, Mark’s business partner (Will), and the leadership in Chico, Calif.

After hearing about wildfires hitting his hometown of Paradise, Calif., Barry Rellaford searched for a way to help from his home in American Fork. With roughly 14,000 homes destroyed and more than 50,000 people displaced, Barry’s personal paradise was in great need.

He heard of people donating RVs to displaced families, so Barry called his neighbor and friend Mark Black, owner of Stewart’s RV. Mark offered to donate an old motor home to the cause, and his technicians donated time to fix the vehicle.

“There were so many miracles, like Mark having some of the parts in stock that he wouldn’t normally have had,” Barry says.

After the RV was repaired, Barry and another friend drove it to Paradise to give it to a family. The experience was reminiscent of “It’s a Wonderful Life.”

“When George Bailey got into trouble, he called on his friends and they helped. So I did the same thing,” Barry says.

He made the movie parallel stronger by telling his experience on social media. Inspired by the story of the donated RV, friends and strangers sent money to support, which totaled enough to purchase and repair three camping trailers to donate to three more families.

A Fleet of Miracles

Soon after, KSL asked to cover the story. Mark’s first instinct was no. He didn’t want publicity to diminish the service. But a neighbor with a PR background explained to him how getting the word out could increase the number of families they could help. So Mark allowed KSL to cover the story. Then Channel 2 showed up for a story. Word of the service project spread like wildfire.

“All of the trailers we’ve taken down have been at least half full of donations,” Mark says. “The last time we went down, the stake president in Paradise actually said, ‘Please don’t send the trailers full anymore because we don’t have any place to put it all.’ It’s amazing when you can actually get to the point where you have to stop asking for donations,” Mark says.

Mark and Barry have helped facilitate the delivery of 21 trailers and one motor home to families in California.

“As much as people worry about scams, it was remarkable the number of people who pulled in with a trailer and had no idea who we were — we had no idea who they were — and yet they signed over the title and said, ‘Please get it to somebody who needs it,’” Mark says.

Although their contributions have been remarkable, Mark and Barry are quick to downplay the difference they have made.

“It all started with a simple idea — noticing a need and acting on that. And that small act galvanized a lot of people’s help,” Barry says.

Stewart’s RV continues to take donations of trailers to go to families in Paradise and the surrounding area. Donated trailers must be from 1990 or newer, mechanically sound and able to make the drive to California. If you would like to donate a trailer that fits those requirements, contact Stewart’s RV directly.

If you’d like to make a monetary donation, donate through the nonprofit northstaterelief.com.

Angels Among Us: Heather Walker Lifts Families Mourning the Loss of a Child or Pregnancy Previous post