Home Featured Angels Among Us: Heather Walker Lifts Families Mourning the Loss of a Child or Pregnancy

Angels Among Us: Heather Walker Lifts Families Mourning the Loss of a Child or Pregnancy 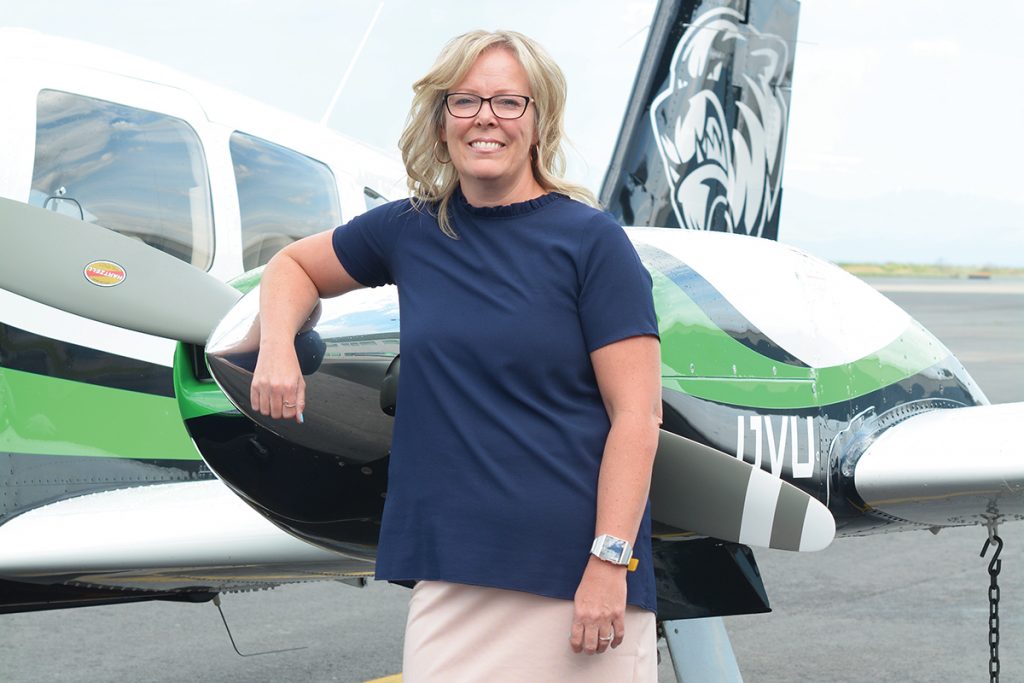 Heather Walker taps into her own experiences of losing two children to help comfort families after the death of their child in her role as bereavement specialist at Utah Valley Hospital. In 2018, Heather finished a master’s degree in social work from UVU, and she’s transitioning to less on-call work into full-time therapy at Steps Recovery Center.

Heather Walker first encountered grief as a 7-year-old. Her older sister — age 11 — passed away from cancer. Heather watched her parents manage their pain while navigating her own healing process.

“That started my path of grief and my understanding and empathy for people who experience grief,” she says.

Later as a young mom herself, Heather’s first son, Trevin, passed away from a rare mitochondrial disease called Alpers’ disease at 18 months old. Trevin would be 26 years old now.

About three years after losing her son, Heather began volunteering at the hospital with pediatrics. Then a paid position opened up to coordinate bereavement services. In this job, Heather would meet with and comfort families that had just lost a pregnancy, baby or child.

Heather had two living children by now and one on the way. Before accepting the position, she thought about the weight she’d carry on the frontlines of death.

“I’m an emotional person, and I prayed to have the gift to be able to go in, do what I needed to do, be compassionate and be able to leave it,” she says. “I feel it has been a God-given gift given to me since then.”

Empathy and compassion are a part of Heather’s soul, and she’s worked for 19 years as the bereavement specialist/parent coordinator at Utah Valley Hospital. Heather provides emotional support for the families who either lose a child or unexpectedly or who have a child with a terminal diagnosis.

Flying to the Rescue

For those 19 years, Heather has been on call all hours of the day and night to come to the hospital any time a child passes away at any of the three Intermountain hospitals in the valley. Often she finds herself in the NICU or on the labor and delivery floor to help with miscarriage deliveries and stillborns.

“The earlier term losses are sometimes the forgotten population because they don’t get a lot of validation,” she says. “We do little handprints for them and take pictures. We clean their baby and put him or her in a blanket. It helps the family wrap their mind around it and allows them to have the grief response they need to have.”

Heather spends as much time with each family as they need. She visits the family’s home a week later to check on them and deliver photos. She makes sure they know about resources available to them.

“Grief is a reminder that we’ve loved. Sometimes we judge it and we want it to go away, but we don’t want that love part to go away,” she says.

An Unexpected Round Trip

About seven years ago, Heather’s seventh child, Tatum, passed away from the same rare disease as her first son. Heather continued her work at the hospital as time and responsibilities allowed. She wanted to be where she was comfortable and get out of her own head.

“It was hard to be on the receiving end of service.  I learned a lot I didn’t learn in the first experience. I empathize differently with people now,” she says.

A year after Tatum’s death, Heather went back to school, juggling her bereavement position with raising five living children and mourning her two passed children. Heather credits her children and husband, Lance, for supporting her through her journey.

After her first son, Trevin died, Heather and her husband climbed the Y on Trevin’s second birthday to clear their heads and find healing. They made it an annual tradition through her six subsequent pregnancies. After Heather’s seventh child, Tatum, passed away, Heather and her family created a nonprofit called T-Time Foundation to donate to families who couldn’t afford funeral costs. To donate to T-Time Foundation, gofundme.com/TTimeFoundation. Or donate via Venmo “Heather Walker @T-Time-Foundation.”

Angels Among Us: American Fork Duo Gathers Trailers for 20 Displaced Families in California Next post