Angels Among Us: Lindon’s Audrey & Bear Donates 60,000 Blankets This Year to NICU Babies 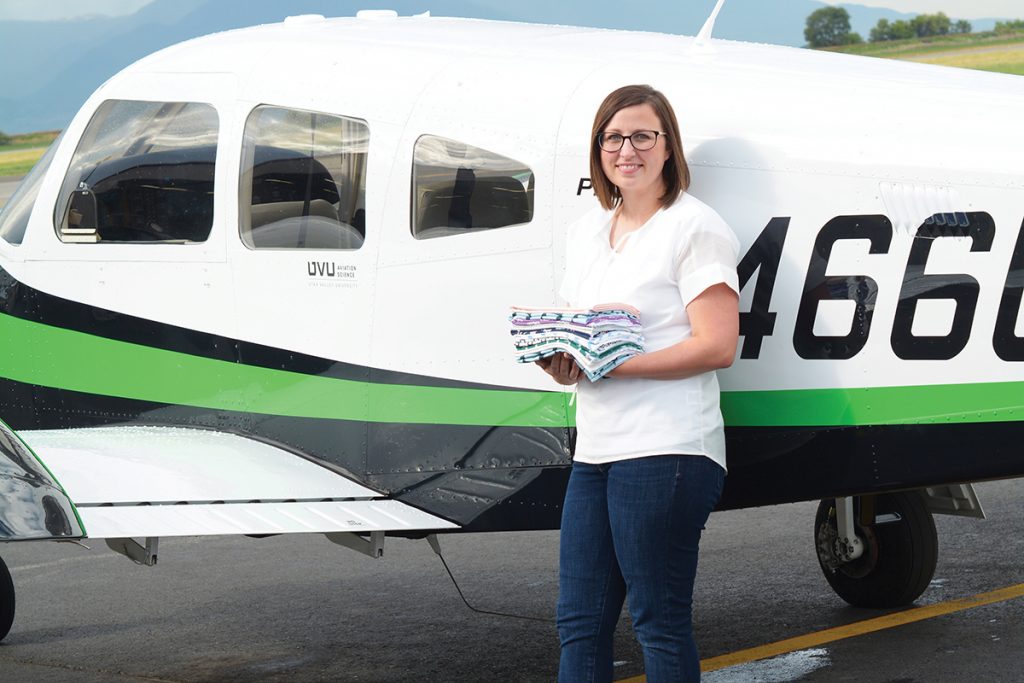 Rachel started her swaddle business from her home in Alaska while pregnant with her second child. She envisioned what kind of blanket she would want for her own baby and created it. After hearing compliments from doctors and family, she took her idea to Etsy.

Giving back fuels both Rachel and Daniel Quarnberg personally, as well as their business, Audrey & Bear. Rachel’s passion for service began as she was growing her small Etsy business from their home in Anchorage, Alaska. She received a message from a NICU mom who had her baby at 21 weeks. The baby had just been cleared for personal items in her incubator, and the mom wanted to brighten it with personalized jersey fabric blankets. She asked if she could get a discount, considering their growing pile of hospital bills.

Rachel had experienced clear sky pregnancies and deliveries herself, but hearing about this mom’s experience pricked her heart.

“I just sat there and sobbed and sobbed,” Rachel says. “I just wanted to give it to her for free, but I wasn’t in a position to do that. So I gave her a few dollars off. It wasn’t that big of a deal to me, but it ended up being a huge deal to her.”

That NICU mom happened to be a blogger. She posted about the blanket, and the number of orders soared. This NICU mom also wanted to do a giveaway on her social media as a thank you.

The surge in sales and awareness led the Quarnbergs to have to iron out production complications. Their fabric company discontinued the jersey they printed on, so the couple transitioned to doing the printing themselves, which involved delays and a steep learning curve. After working through these challenges, they proceeded with the giveaway. The Audrey & Bear Instagram account grew by more than 400 followers in a few hours. This is when the business really started to take off. 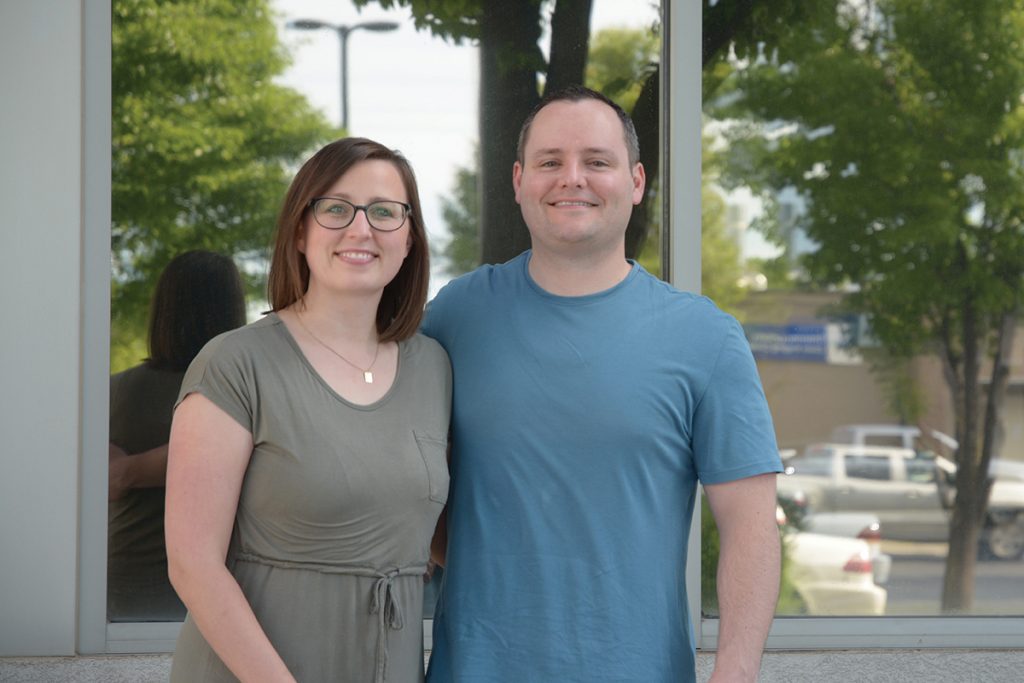 Married duo Rachel and Daniel Quarnberg run Audrey & Bear together. From their Lindon headquarters, Rachel is the CEO and Daniel is the COO and CFO. “I feel like we’ve grown closer together and our marriage has never been stronger because of working together, solving problems and working through really difficult situations,” Rachel says.

Their new awareness of NICU babies led Rachel and Daniel to create swaddle4swaddle, a nonprofit designed to donate one blanket to a NICU baby for every blanket they sell at Audrey & Bear.

About a year after they started the printing themselves, the Quarnbergs made the decision to move their family and business to Utah. Daniel was on active duty military, so they had envisioned themselves to be a military family until he retired years in the future. But the opportunity for Daniel to attend an MBA program at BYU convinced them to rethink that flight plan.

“At the time, we didn’t know what the business was going to become. It was still just a two-person shop,” Daniel says. “We had a hope if we moved down here we would be able to hire some people and have some better business opportunities. That’s definitely been true. The business environment here is really fantastic.”

Now that two-person shop has grown to a company of 30 employees in a 13,000-square-foot building in Lindon. Rachel is the owner and CEO and Daniel is the COO and CFO — along with the unofficial title of “ultimate fix-it guy” given by Rachel.

“My dream was to walk into any NICU and see babies wrapped in our swaddles. A couple years ago one of our seamstresses had a baby at 21 weeks,” Rachel says. “We went to go see her, and when we walked in there were babies in our swaddles. It was like time stopped for a minute. It was one of those crazy dreams, and it actually happened.”

Building a business out of fabric has had its own share of turbulence, but reading positive comments from customers and NICU recipients brings Rachel back to her original purpose and passion —  and that’s also why she has responses to the feedback emails go straight to her inbox.

“There are moments when I feel like the walls are crumbling down around me and I’m wondering why I’m spending my life working so hard,” she says. “Then I get one of those emails from somebody explaining how it made their life better or seeing somebody post something or the dad with the teeny tiny baby with the swaddle over them, and it gives everything purpose and it makes me feel a whole lot better about spending so much time and energy on the business.”

Audrey & Bear is projected to sell 60,000 blankets in 2019 and will have equally donated blankets to 60,000 babies in the NICU. The swaddles have reached 300 hospitals, and the Lindon company has the goal of donating to a hospital in every state in the United States — as of press time, they’re at 40 states.

Babies are growing up in the swaddles, and so is Audrey & Bear.

Angels Among Us: Heather Walker Lifts Families Mourning the Loss of a Child or Pregnancy Next post