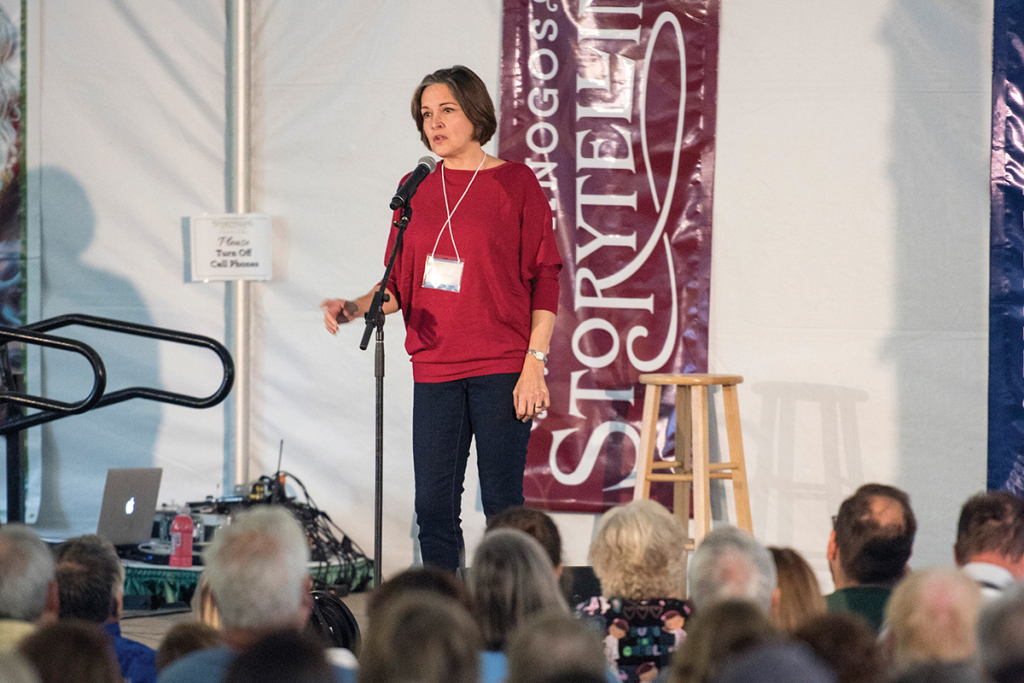 The first Timpanogos Storytelling Festival was held in Karen Ashton’s own yard. In the coming years, the festival has moved to several iconic Utah Valley venues, including the SCERA Shell Outdoor Theater and Mount Timpanogos Park. Now the storytellers and hearers gather at the Ashton Gardens at Thanksgiving Point.ng

Saluting its 30th anniversary, the Timpanogos Storytelling Festival is gearing up for a celebratory year at the Ashton Gardens at Thanksgiving Point.

What started as a way to raise money for the Orem Public Library has grown into one of the nation’s premier storytelling events where people around the world come to hear stories from incredible performers.

“We had already tried a bake sale and an in-home tour, but they didn’t do much. So we decided to try a storytelling festival,” says Karen Ashton, who founded the festival in 1990.

Not only did the festival raise money for the library but it also became an annual event now 30 years strong.

“Once someone comes to the festival, they almost always come back,” Karen says. “It’s a soul-satisfying experience.”

Anchor's Away: KSL’s Dave McCann Calls Cougar Football and His Own Game Plan Next post