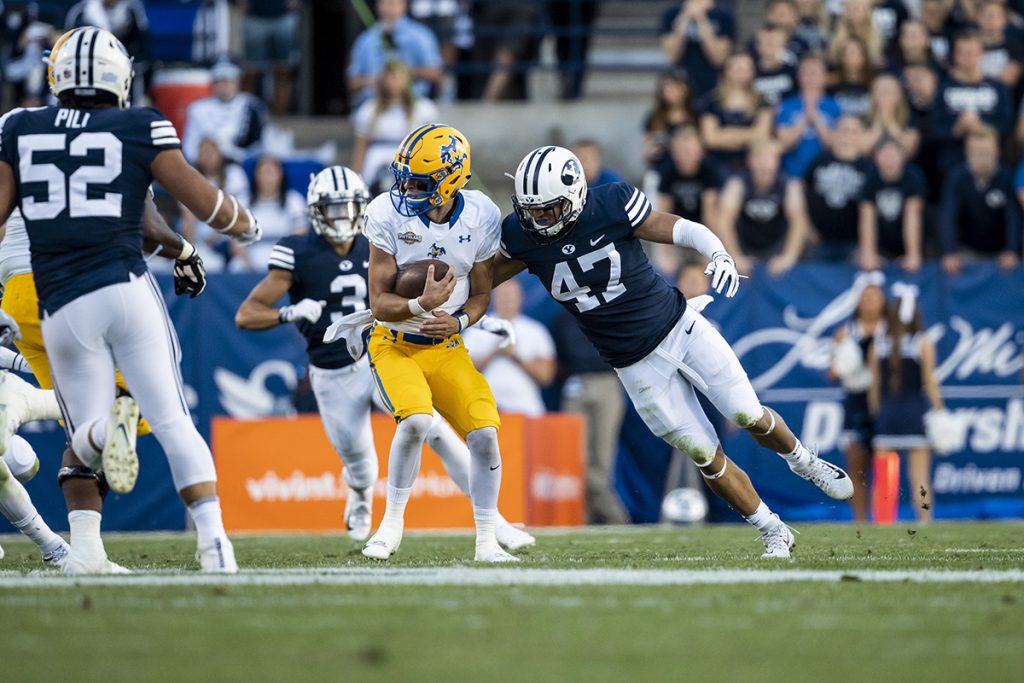 When the schedule includes nationally leading programs like Tennessee, USC, Washington, Utah and Boise State, it helps to have a solid defense that can keep the team in the ballgame while the offense gets going.

This is good news for the Cougars, who finished last season No. 18 in total defense, including No. 1 field goal percentage defense, No. 2 in big plays allowed (40+ yards) and No. 22 in pass efficiency defense. A strong front seven and a defensive backfield that has 84 total collective starts under its belt, means points should be hard to come by for opponents again this year.

Senior linebacker Zayne Anderson returns for another season after playing in only four games last year before an injury shortened his season. Anderson is especially strong in pass coverage, having converted from safety two years ago and, along with junior Isaiah Kaufusi, brings experience to the other side of the field. Two young middle linebackers — redshirt freshmen Keenan Pili and Jackson Kaufusi should be tackling machines at middle linebacker.

In the secondary, an experienced crew is led by seniors Dayan Ghanwoloku and Austin Lee. Sophomore D’Angelo Madell also saw plenty of field time last year. Ghanwoloku and Madell will look to lock down receivers at corner, while Lee starts at strong safety.

The BYU place kicking game will be solid, with a tough fall camp competition expected between sophomore Skyler Southam and redshirt freshman Jake Oldroyd. Southam was solid last year, finishing the year 11-16 with a long of 47 yards. However, BYU fans will remember Oldroyd from his game-winning field goal as time expired against Arizona in 2016. Oldroyd and Danny Jones each bring strengths in the punting game and will both be utilized, depending on the situation.

His up-the-middle pressure and two-on-one capabilities make everything else a little easier for the BYU defense. It’s the reason NFL scouts are looking at him.

Not to be confused with his brother, Isaiah, or his cousin, Devin, the latest Kaufusi to don BYU blue is a tackling machine and will be expected to step up for the Cougars.

A strong middle might start with Tonga, but should be intensified by the strength and increased experience of Fauatea.

BYU finished 2018 with the No. 18 rated defense, with eight starters returning. Can you believe it’s been 35 YEARS since the Robbie Bosco-led underdogs won the whole thing?