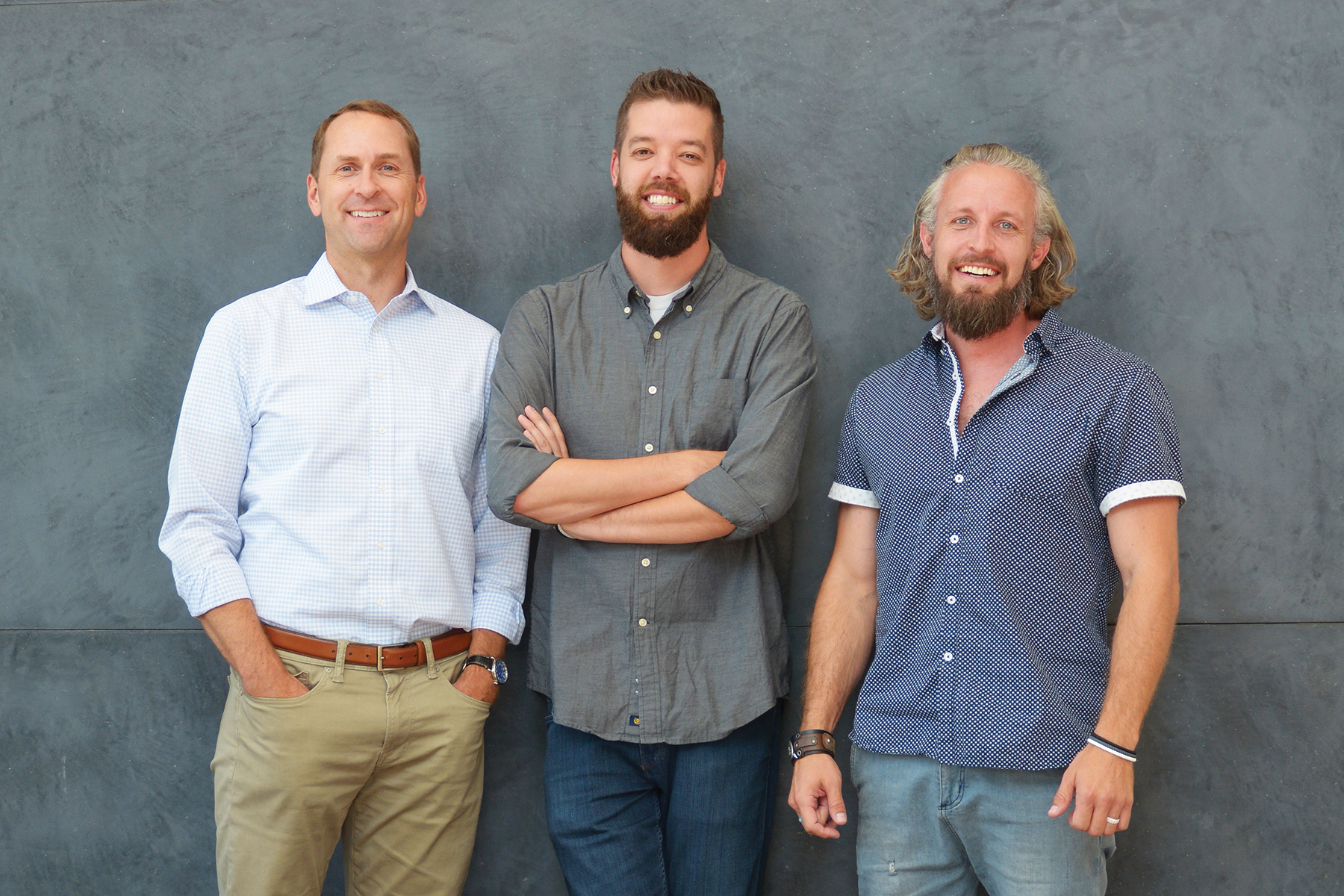 “We tried partnering with other manufacturers, but we couldn’t get a product we were satisfied with. They looked too cheap. So we went to work mad-scientist style and decided to do it ourselves,” says co-founder Brighton Jones (right). “We pride ourselves on innovation, and by the end of 2020, 99 percent of manufacturing will be right here in little old Lehi. And did we mention we have the coolest team in the world? Because we do.”

Enso Rings has come full circle. As high school seniors, Brighton Jones and Aaron Dalley came in dead last at a business competition in Southern California. Two decades later, they were back in LA pitching their silicone ring business on “Shark Tank” and walking away winners. More like last laugh, amiright? “It’s our 20-year redemption story,” says co-founder Brighton Jones. But what started as a quest for a modern and safe wedding ring alternative has become a multi-million dollar movement. This direct-to-consumer company processes 60,000 orders a month, has 150k Instagram followers, and is growing so fast they hired 65 people just last year. Here, founders Jones and Dalley, along with CEO Romney Williams, talk Enso’s well-rounded origins and future.

BRIGHTON JONES: Aaron and I have been best buddies for most our lives. The 4th grade — that’s where this thing really starts. Aaron needed lunch money and stole my juice box.

JONES: Fast forward 16 years. I lead a pretty active lifestyle. I was rock climbing, and my wedding ring got caught on a rock. The rock broke off, and my ring did, too. But I’m the exception. In most of those situations, the finger comes off. When I got to the bottom, I decided I wasn’t going to wear my wedding ring anymore — which my wife loved.

DALLEY: Western culture expects you to wear a wedding ring. It just does.

JONES: I definitely got tired of being hit on at the gym. Ultimately, I tried different ring materials. Mesh, wood, bamboo. Something was always off.

DALLEY: We were having lunch at Zaxby’s in Lehi, and Brighton was wearing a Bamboo ring. I asked him about it, and he told me the rock climbing story. Then I shared that I was on my fourth wedding ring because I kept losing them. JONES: Coincidentally the fourth marriage as well …

DALLEY: Ignore him. (laughs) But we both knew there had to be a modern and better alternative.

JONES: We went through prototypes, and silicone was a comfortable, safe and fun medium to work with. Plus it looked good. And that matters! This is the symbol of people’s marriages we’re talking about.

DALLEY: It all happened in a whirlwind. We immediately launched a Kickstarter. Our goal was $15k. We raised $17k. And in January 2016 we had our first official month of sales.

JONES: We did $13k in sales that first month. Fast forward a year later, we were doing $13k a day.

DALLEY: The game-changer for us was our Elements Collection. We wanted our silicone rings to look like metal rings. So we figured out how to infuse them with real precious metals.

JONES: We thought there was no way in hell women were going to part with their diamonds. But our customer base is 70 percent female. Women are buying them for themselves and for their partners. They’re buying a variety. We thought, “How is this even happening?” So our marketing pivoted. Now we were like Old Spice catering to women. “Hello, ladies …”

DALLEY: It’s really a testament to the rings. They are the perfect solution for active lifestyles and professions where hand safety is critical — doctors, firefighters, military. JONES: Around April 2016, I went to lunch with my longtime friend Romney Williams at Pot Bellys in Sandy and he asked about our new venture. Tell ’em what you thought, Romney …

ROMNEY WILLIAMS: I thought, “That’s a really stupid idea.” My wife gave me one wedding ring, and that’s that. But, I was a big fan of Brighton, so I told him thanks for the sandwich and to keep me posted. A year later, we’re catching up again at the Corner Bakery in Draper. And Brighton says, “Hey, remember Enso Rings? Well, we’ve done a couple million in sales now.” I sat there in shock and then verbalized my shock: “Wait. There’s a market for this?!” He asked if I wanted to be involved. I was flattered, but I wasn’t looking for a change. I told him if he ever needed to talk to anyone on those lonely founder days, my door was open. Then, in an effort to be a good adviser, I asked him if he ever thought of going on “Shark Tank.”

JONES: Funny story, I said. We were actually in talks. And — no joke — an hour after that lunch I got a text from a producer saying we were officially going on in June. It was Sharkarma. The “Shark Tank” experience was nuts. We really went for it. We had a trio of beefcakes — shirtless, of course — playing tug-o-war to demonstrate how safe the rings are. I think I can feel Aaron’s blood pressure rising just talking about it.

DALLEY: Definitely not my comfort zone. I remember the producers saying, “Aaron, let’s bring the energy up a bit. And Brighton, let’s bring it down just a notch.” (laughs) But it was a once-in-a-lifetime experience. After a bidding war, we accepted a half-million-dollar offer in exchange for 15 percent equity from Robert Herjavec.

JONES: We walked onto the show just another two white guys from Provo, Utah, but we ended up the belle of the ball.

JONES: Post Shark Tank, we’ve been heads to the ground and growing fast. The next few years are going to be insane. Aaron and I thrive in early-stage startups, but we were lucky to eventually bring Romney on as CEO to help us make strategic shifts.

WILLIAMS: It was Rings for a Reason that finally sold me (Enso’s program of donating a portion of every ring sold to charitable causes). I was at a point in my career where I needed my work to matter.

JONES: Okay then. Not such a stupid idea after all, was it? (laughs)

UV50 alum playing in a new bracket: Provo’s Jeff Burningham in the game for governor Next post