UV50 alum playing in a new bracket: Provo’s Jeff Burningham in the game for governor 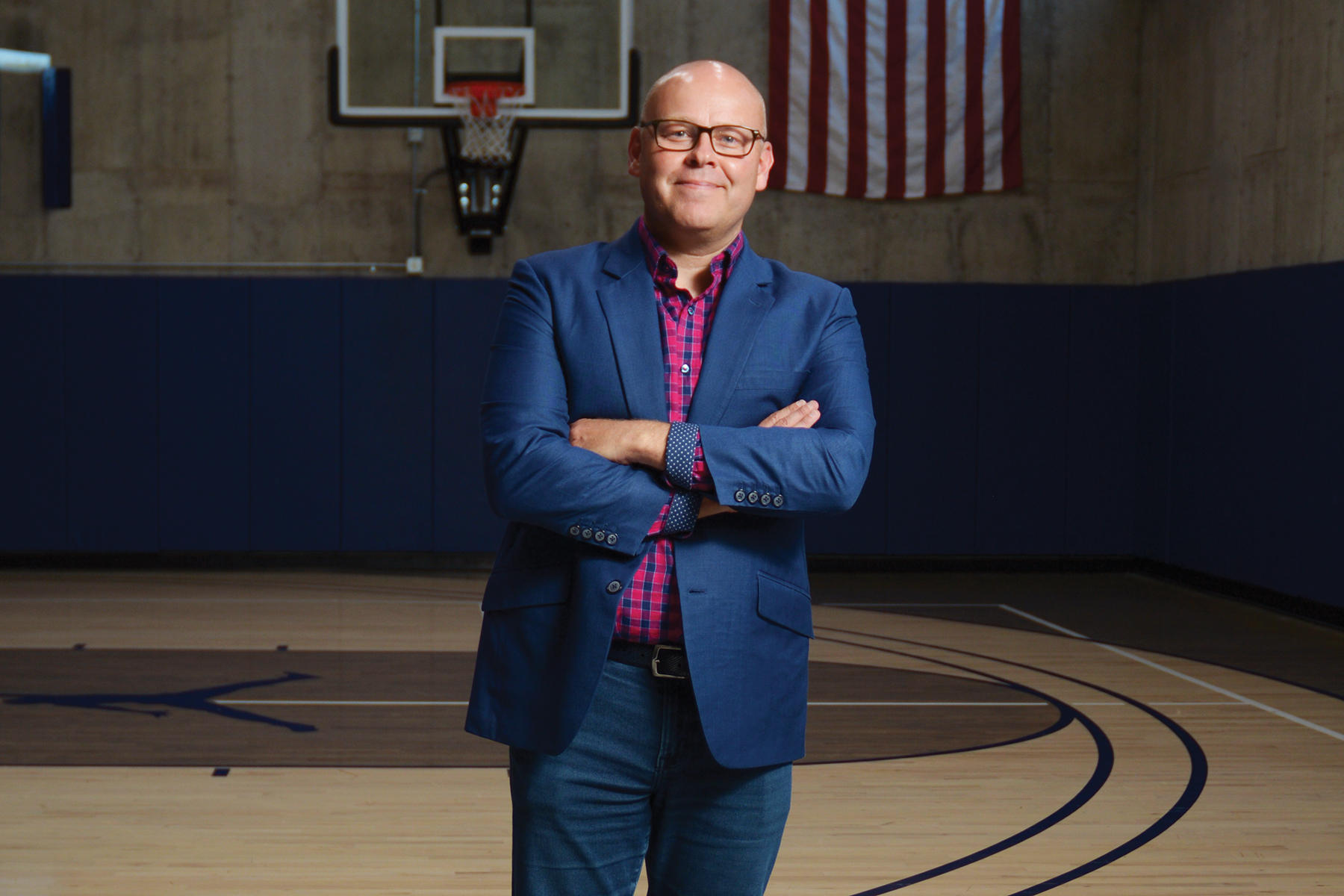 Jeff and Sally Burningham built a basketball court in their new home in Provo, with family names, hobbies and mantras designed into the graffiti walls. As an entrepreneur with Peak Capital Partners and Peak Ventures, Burningham’s approach is to build teams. And now he’s filling out a roster in a campaign for Utah’s governor and hoping to bring his game-changing leadership to the state’s top office in 2020.

Jeff Burningham is no stranger to BusinessQ. He was on the magazine’s cover in 2015 with his partners of Peak Capital Partners for being one of Utah Valley’s Best Companies To Work For. He’s not new to the UV50, with appearances on our Fastest-Growing Companies list in 2015, 2017 and 2018. And he’s not unfamiliar with wearing a suit jacket and sitting in long meetings throughout Utah County and beyond.

Burningham met with BusinessQ on an early Friday evening right after recording a podcast with Clint Betts at Silicon Slopes and right before attending a dinner at BYU. As we sat down in his memory-filled home office on the Provo bench, he found a wrapped gift on his desk with a card, “To the Future Governor of Utah.” The surprise package was from his wife, Sally, a former second-grade teacher who has supported her husband through many big ideas in business and now politics.

BusinessQ: Why did you choose to run now as a busy 42-year-old?

Burningham: It’s not a convenient time to run. I’m in the prime of my career. My four children are all home, except for my son in the MTC as of two weeks ago. But there is an urgency in Utah right now. This election is crucial for the next several years of growth and change, and how we manage this decade will greatly affect our children.

BusinessQ: You’ve run businesses in Utah County and grown your family in the heart of Provo. What excites you and what worries you about Utah County?

Burningham: I’m bullishly in love with the people of Utah County. The more government stays out of the way, the better. If there’s an even playing field, entrepreneurs will keep crushing it. However, I am concerned about growth. We need a smart plan and a vision. How wide can I-15 get before it’s in Utah Lake? It’s politically expedient but also politically costly to do the right things. Our children should have the same opportunities we’ve had to flourish.

BusinessQ: How did running a business prepare you to run for governor?

Burningham: In business, you gather the best team. Nothing is an individual effort. I want to bring that team-focus to government. I want to set workers free to innovate, to be creative and to think differently. It’s crazy we have to sit in line for hours to renew our driver’s license, but in the private sector we are on the verge of driverless cars. The best teams win, and I want to create strong teams in government so we can solve big problems.

Burningham: Urgent. (Points to a wooden sign made by his daughter with a quote from Broadway’s “Hamilton.”) I’m young, scrappy and hungry and I’m not throwing away my shot. There’s an urgency to get results. I believe in people, and I believe we need an innovative outsider to lead our state.

BusinessQ: What could you talk about for hours?

Burningham: How to keep Utah’s economy revving. The people are the secret sauce. Our children are staying, and we need to have good jobs for them when they graduate. I’m concerned we’re not educating our children for the jobs that are actually coming. We have 5,000 unfilled tech jobs right now. We have a skilled labor shortage. Utah could solve some of these problems and be the model for modern conservatism for the entire nation.

BusinessQ: What do you love about Utah County?

Burningham: Utah County is the heart of the state. Our economy is on a tear. We are the epicenter of the growth and innovation. Nobody disputes that. I’m proud to live in Provo and to be part of the Utah County entrepreneurial community.

BusinessQ: What have you learned so far in your first political race?

Burningham: I’ve been to every county in the state, and I’ve learned about the heavy hand of federal government in Utah, especially rural Utah. I know it’s not possible to make everyone happy, but it is possible for everyone to be heard. And I’ve been doing a lot of listening around the state.