Provo’s Vanderhall feeds the need for speed — and heated seats 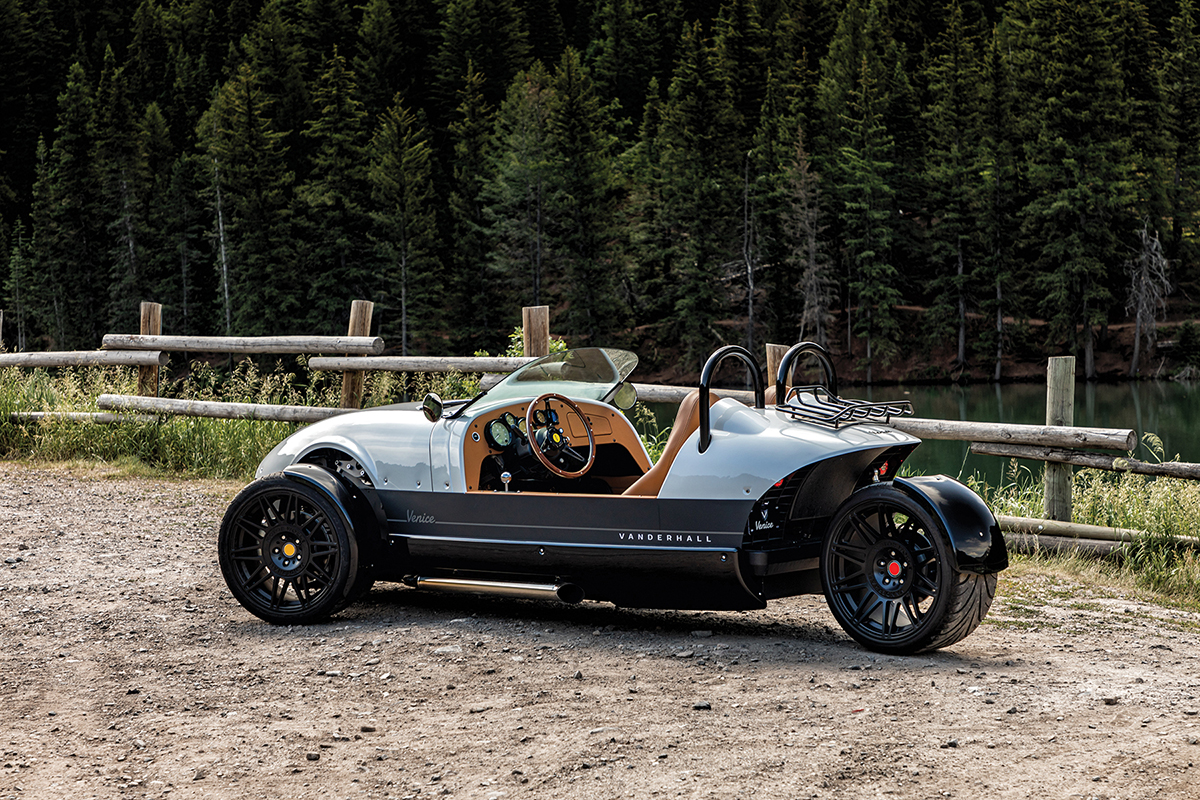 Maybe you’ve never heard of the Vanderhall, or maybe you’ve seen the billboards around town and wondered if Utah really had a car manufacturer. The three-wheel custom autocycle is made in Provo and has other drivers doing doubletakes all over the country.

Vanderhall creator Steve Hall comes from a family of entrepreneurs and inventors. His grandfather H.T. Hall discovered how to make synthetic diamonds from graphite. His father, David R. Hall, is the chairman of Hall Labs (an incubator for a dozen companies)  and the founder of Novatek, a fossil fuel drilling equipment company that he has since sold.

Hall, a self-taught engineer with an affection for cars, started a luxury car dealership after college. In 2012, he took half the space in his thriving showroom and devoted it to creating what would eventually become the Vanderhall. He prototyped 11 variations over a period of five years before offering it to the public.

Is it a car or a motorcycle? Legally it is classified as motorcycle, but Vanderhall prefers to call it an autocycle, a hybrid between a car and motorcycle.

Drivers who love the thrill of the open road found on a motorcycle — but also want the creature comforts of heated seats and bluetooth — love vrooming around in a Vanderhall.

“It’s like a go-kart but with a sporty yet pliant suspension,” Boyer says. “Drivers start making up excuses to run errands around town.”

Bringing this car to the market wasn’t an immediate shift into overdrive. When it was first created, the Vanderhall wasn’t allowed to be sold in Utah because of a state law that prohibits consumers from purchasing a car directly from the manufacturer. Eventually in 2017, Vanderhall started to sell through dealerships and now Utah County residents can purchase the roadster at participating locations like Timpanogos Harley in Lindon. Comparable models include a Morgan 3 Wheeler or a Polaris Slingshot.

Vanderhall sold more than 1,000 models in 2019 and is on track to double that in 2020. But be ready for comments and questions when pulling up in such a unique set of wheels.

“Plan an extra 5-10 minutes for questions when you drive a Vanderhall around town,” Boyer says.

Getting Old and Staying Bold: The City of Orem Turns 100 Previous post