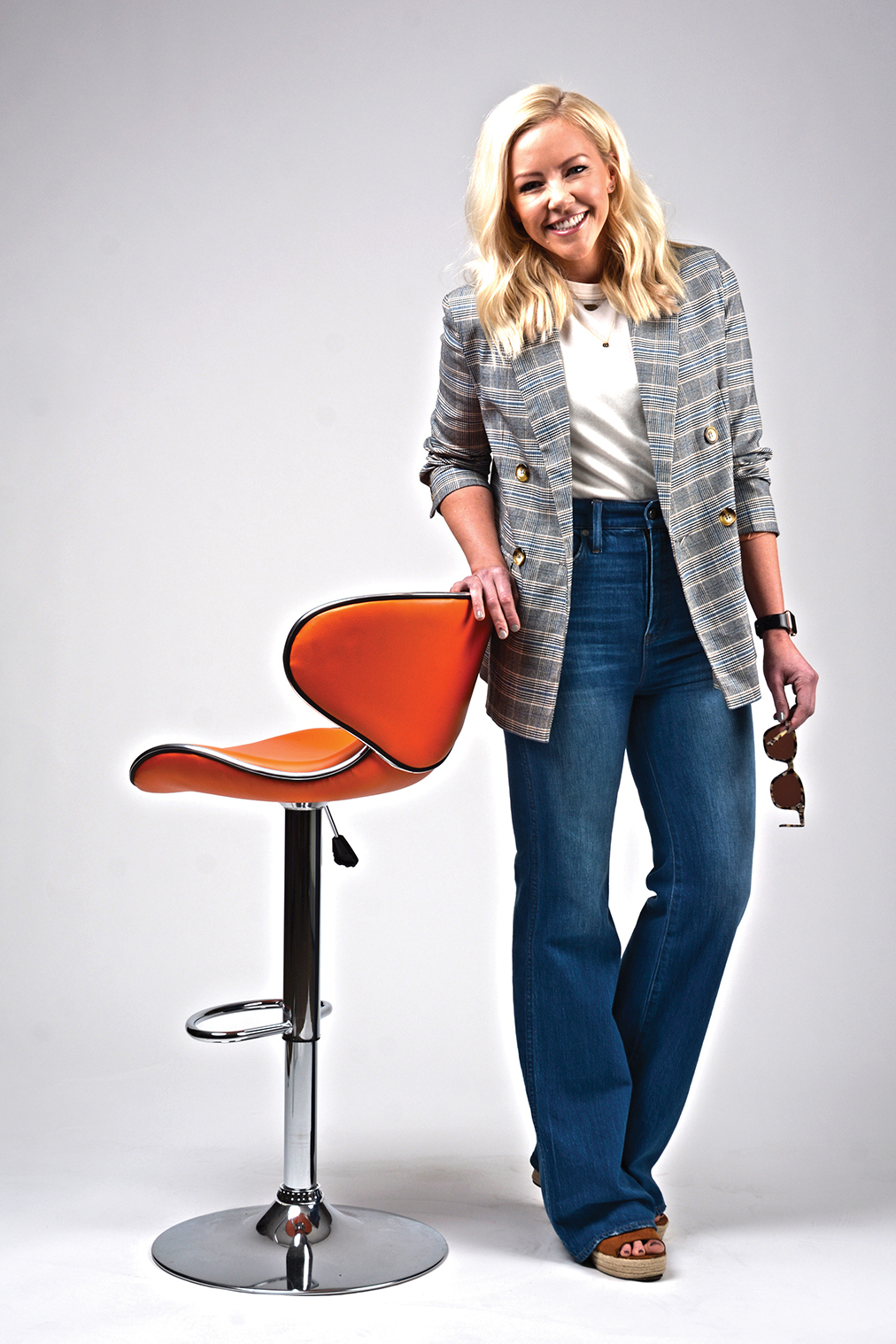 Courtney Rich is an icon — no matter how you slice it.

After a career in media consulting, this self-taught baker has spent the past decade catapulting to cake fame with more than 277k followers on Instagram and hundreds of students annually at Orson Gygi’s culinary school. Her cakes have been on The Today Show and featured in Oprah Magazine. And she recently appeared on “The Kelly Clarkson Show” baking cakes with Kelly and Little Big Town. You know, just a little big deal.

Her recipe for success? Share simple basics that look impressive but are easy to master.

This year, Rich kicked it up a tier and launched her own line of cake decorating tools, aprons, sweatshirts, and a cake box subscription service delivered right to your door.

Go ahead. Cake our day.

FIRST JOB The front desk of a dry cleaner.

FIRST OBSESSION I wish it was something cool like a hobby, but if I’m honest, it was Jonathan Taylor Thomas from “Home Improvement.”

FIRST WHEELS I shared a black Honda Passport with my older brother.

FIRST THING YOU DO WHEN YOU GET TO WORK I make a to-do list of what needs to get done that day. I then get on social media, write posts, and go through comments and DMs to answer questions before I start baking and working on content creation.

FIRST THING YOU DO WHEN YOU GET HOME I feel like I never leave work since my office is in my home! Once the kids get home from school, it’s a little back and forth of helping them get homework done, get them off to after-school activities, and finish what I had been working on that day.

FIRST BIG BREAK This year was full of some amazing “first” business breaks: I appeared on “The Today Show” in May, was featured in Oprah Magazine in August, and just joined Kelly Clarkson and Little Big Town to make cakes on “The Kelly Clarkson Show” this October. Major “pinch-me” moments!

LAST TEXT YOU SENT “Mom, what was my first word?”

LAST SONG YOU LISTENED TO “Frosty the Snowman.”

LAST PODCAST YOU LISTENED TO “All In” by LDS Living.

FAMOUS LAST WORDS “It is not the critic who counts; not the man who points out how the strong man stumbles, or where the doer of deeds could have done them better. The credit belongs to the man who is actually in the arena, whose face is marred by dust and sweat and blood; who strives valiantly; who errs, who comes short again and again, because there is no effort without error and shortcoming; but who does actually strive to do the deeds; who knows great enthusiasms, the great devotions; who spends himself in a worthy cause; who at the best knows in the end the triumph of high achievement, and who at the worst, if he fails, at least fails while daring greatly, so that his place shall never be with those cold and timid souls who neither know victory nor defeat.” — Theodore Roosevelt.