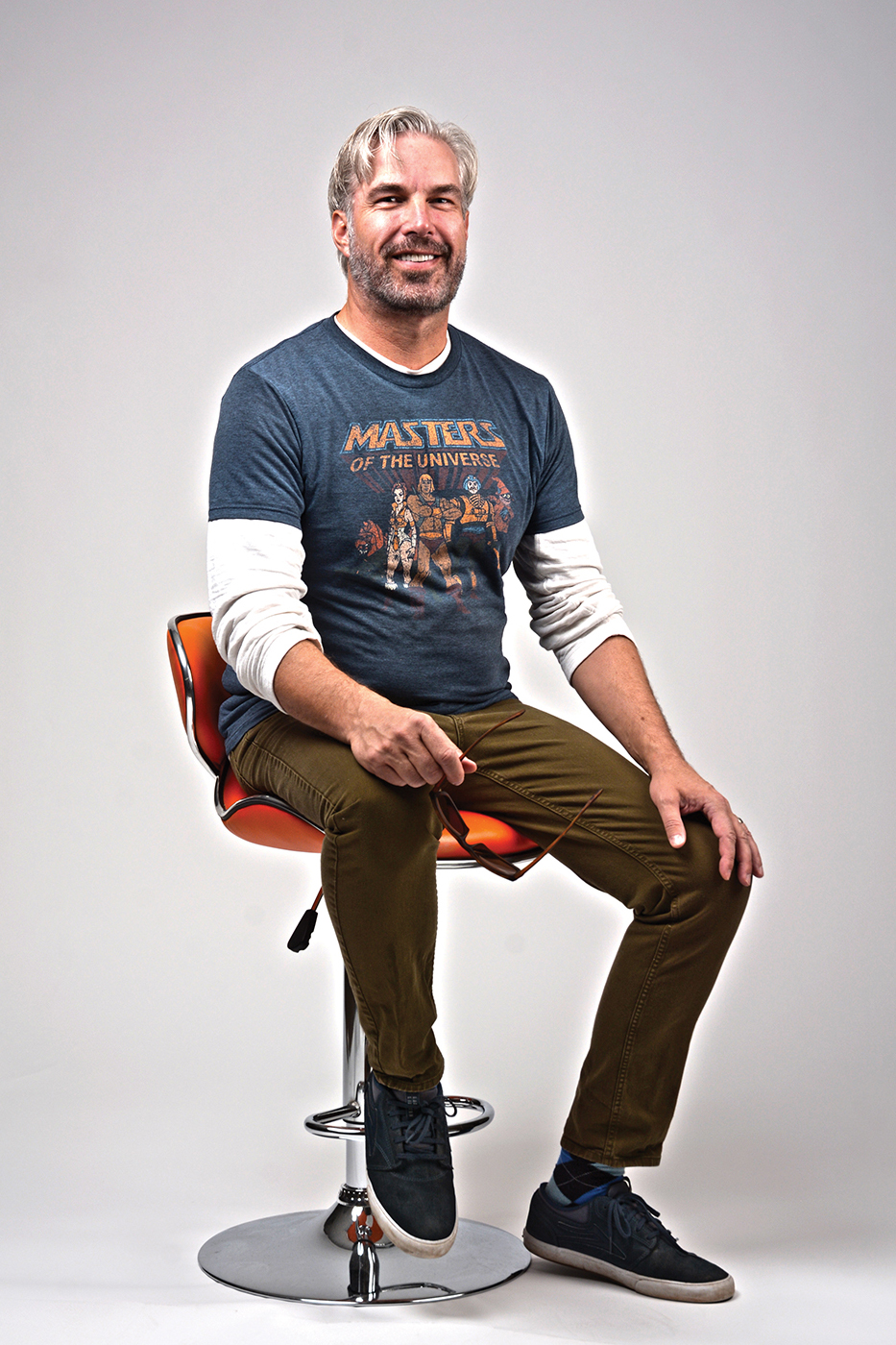 It’s Ken Bretschneider’s reality, and we’re all just playing in it.

The visionary behind Evermore Park, The Grid and The Void is virtually the coolest with his one-of-a-kind entertainment experiences in Pleasant Grove.

But before he became a master of the virtual universe, he started out as a true starving artist selling his paintings at various galleries. He then dabbled in computer-generated graphics and 3D animation in the early ‘90s, which became a flourishing career and studio that spanned a decade.

When the dot-com bubble burst in early 2000, his booming businesses came to a screeching halt. What was a (digital) starving artist to do? Start a new encryption security company, of course. In 2002, Bretschneider developed DigiCert, which grew to more than 1,000 employees globally. In 2012, he sold DigiCert to pursue his out-of-this-world dreams.

“Today’s generation knows that life is meant to be explored,” Bretschneider says. “Possessions should not be life’s entire focus or purpose.”

His current ventures are all focused on ways to immerse people in safe, artistic, creative, and exciting environments, with a common foundation of mixing art and technology.

As Bretschneider’s shirt clearly shows, He (is the) Man.

FIRST OBSESSION I’m sure it was a girl or the bionic man or the original “Star Trek” series.

FIRST THING YOU DO WHEN YOU GET TO WORK Smile and say hi to everyone.

FIRST THING YOU DO WHEN YOU GET HOME Give my family a hug.

LAST TEXT YOU SENT Telling one of my teammates way past midnight tht they shoujld to go to bed early (when I should be in bed).

LAST PODCAST YOU LISTENED “Stuff To Blow Your Mind.”

LAST BOOK YOU READ “I Contain Multitudes” by Ed Yong.