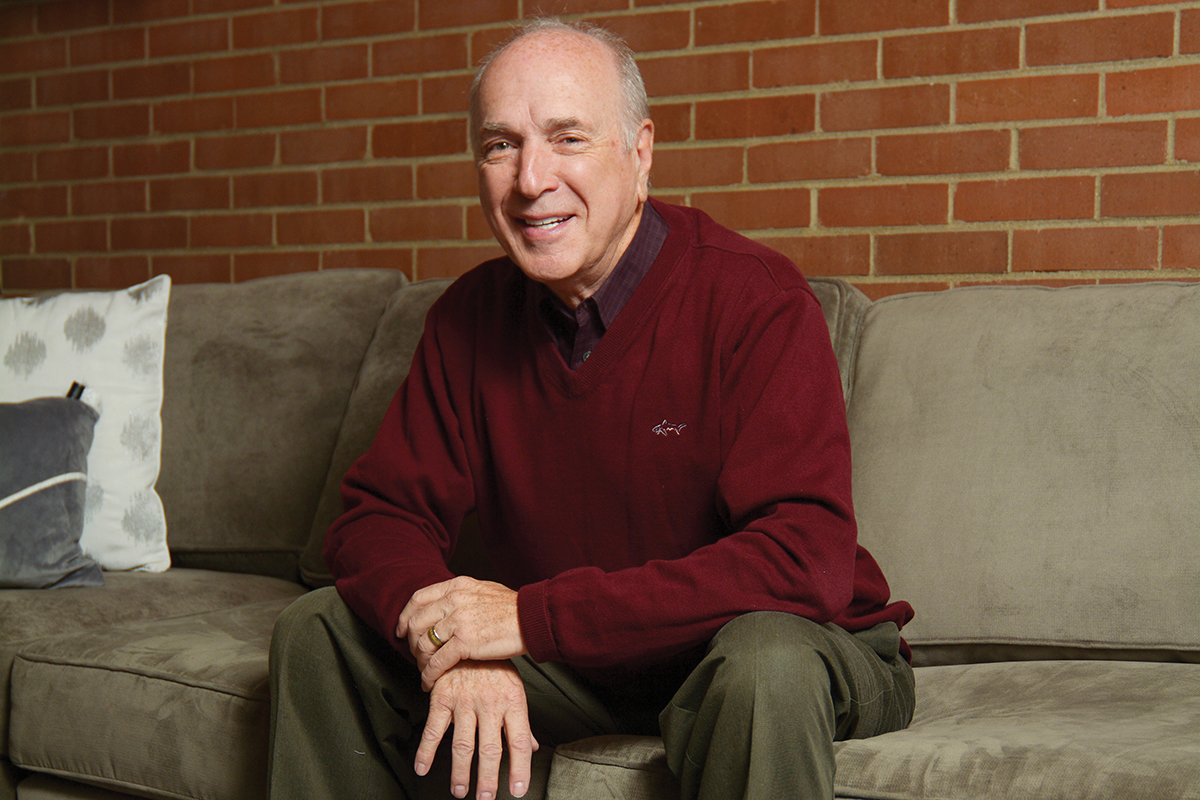 Most recognized from films produced by The Church of Jesus Christ of Latter-day Saints, Rick Macy’s acting career also includes non-religious projects. He’s won eight awards, all for non-religious roles, including five for “best actor.” In 1980, he won an Irene Ryan Award, which qualified him to compete at the Kennedy Center among 12 other contestants. He took third for Best Actor in this national competition.

Rick Macy acts deliberately. While attending BYU in the 1970s, he committed to pursuing a career on the silver screen only if he received an answer to prayer that this was the right decision. He received an affirmative heavenly feeling after committing to use his talents as a missionary tool.

“For me, it is important to teach the gospel,” he says. “That’s why I was blessed with this gift. I call it a gift. I don’t call it a talent because I think if I misuse this gift, the Lord will take it from me. If I call it a talent, then I might think it’s something I own. No, I don’t own it. I’ve been given this gift to do His work and that’s how I treat it.”

With this attitude, this Provo local has played numerous roles in films for The Church of Jesus Christ of Latter-day Saints.

Silver Christmas: Celebrating the color of the silver screen and silver linings

While Rick has appeared in projects like Hallmark’s “Christmas Made to Order” and shows for NBC and HBO, he’s most well known in Utah Valley for his roles as Joseph Smith, Sr., in “Joseph Smith: Prophet of the Restoration” released in 2005 and Helam in “The Testaments: Of One Fold and One Shepherd” released in 2000. Both projects, produced by The Church of Jesus Christ of Latter-day Saints, are still shown at the Joseph Smith Memorial Building in Salt Lake City.

Most recently, Rick was cast as Lehi in the new Book of Mormon videos, released once a week on YouTube and other platforms this fall.

“I believe one of the reasons I was created is to portray these roles,” Rick says.

Playing a prophet has created several extraordinary experiences for Rick. A week before filming began for the Book of Mormon videos, the Church hosted a fireside in Salt Lake City for the cast and crew.

They told the cast of Lehi’s family to come an hour early to receive priesthood blessings from general authorities of the Church. Elder Kim B. Clark talked with Rick before giving him his blessing. He asked, “How are you going to portray Lehi?”

“I said, ‘If I get to know him as a man, I will know who he is as a prophet.’ That took a lot of prayer, research, studying the scriptures and then coming to know a little bit about the economic and political situation of Israel at the time,” Rick says.

While filming the Book of Mormon scenes, Rick and his director Blair Treu were conscientious about the portrayal of female characters as active members of the family even though little is written about them in the scriptures. From studying Lehi’s character, Rick believes the prophet didn’t make any major decisions without consulting his wife, Sariah.

“If men will admit it, they can’t achieve or become who they were meant to be without the vision, insight and sensitivity of a woman. Self-made men are ‘self-made’ with a woman’s hand. There’s no denying that,” Rick says.

Rick married his wife, Marsha, in 1979. This November, they celebrate their 40th anniversary. They have three children and nine grandchildren. Playing “grandfather” is Rick’s favorite role.

“My wife is extremely loving and very sensitive. She has a common sense about her and a head more practical than mine, which I have needed. We compliment each other. She is a mainstay in my life,” he says.

Silver fits Rick in many ways — he’s lived a career on the silver screen and his wisdom shows in his silver hair. Rick also sees silver linings in his life experiences.

“Silver for me is moments in life that are unforgettable, and they are not filled with earthly things. They’re spiritual moments and emotional moments we carry with us and always remember,” Rick says.

One such silver lining and unforgettable epiphany happened in the 1990s. Rick was in a show called “The Gift of Christmas” in Salt Lake City. The show included scenes from “A Christmas Carol,” and Rick played Bob Cratchit. While waiting in the wings, one of the young actresses playing a Cratchit daughter came and sat on his lap for a moment and then bounced away, creating a sweet moment for Rick.

“Then the thought came to me — a moment of inspiration — that said, ‘The greatest gift a man can receive is the love and trust of women and children.’ And that is absolutely true,” he says. “When a woman or a child gives a man their love unconditionally and as a gift, that is greater than gold or silver.”

Rick Macy earned his master’s degree in education from the University of Utah and has worked as a teacher throughout his acting career. He has taught at UVSC (now UVU) as an adjunct professor and he served as the chair over the drama and film department at the Pioneer High School for the Performing Arts in American Fork.

Rick says the highest accolades he’s received are compliments from students and their parents.

When he started teaching, he’d describe himself as a teacher of actors, but within the past six years, he’s adjusted his language to, “I teach and train artists” to appeal to the passionate and dedicated side of actors.

Rick is semi-retired now, but he still feels strongly about artist self-discovery.

“Who are you meant to be? Discover that and then live and show the world why you were created. Give them your gift, whether you believe talents come from God or not. If it’s your dream and you believe it — whatever it is — then do everything in your power to hone that gift. Then show the world why you were created because there are people who will benefit from your gift. And then walk humbly in life.”