Home Featured How To Approach Adversity With Humor 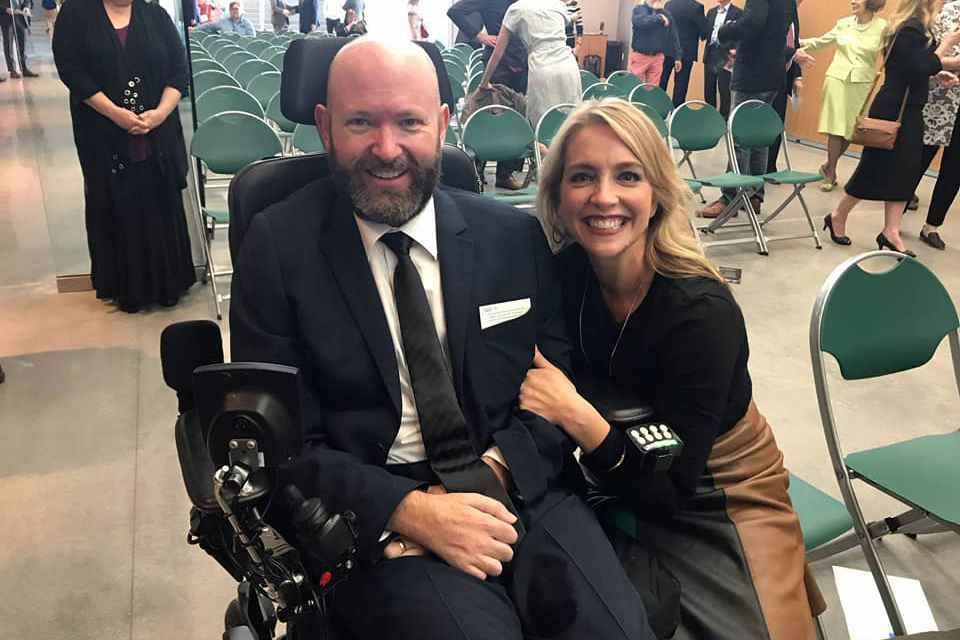 People often want to know what it was like when the doctor told me I had a terminal illness. I wish I had a better story. I don’t remember responding at all. I didn’t cry. I didn’t speak. I didn’t mutter a full sentence for several minutes until a nurse was describing a seated device I would need to install to go up and down stairs. “You mean,” I asked, “like the old lady from Gremlins?” The nurse paused thoughtfully, and then said, “Nobody’s ever asked me that before.” I started laughing, and then she started. Nobody would ever expect that there had just been a death sentence in that little exam room.

Humor is an odd thing; it’s so unique and particular to each of us, and yet the entire world laughs. It can be so divisive, and so unifying. My sense of humor has given me a language to talk about my disease, as long as I follow this mantra: I go first. If I make a joke about my wheelchair, people feel comfortable asking about my wheelchair. If I make a joke about my robot voice, people feel comfortable asking about my speech technology. If I joke about my body, people ask me about my illness. That’s how important and rewarding conversations start. My joke opened the door.

I’m not doing standup. I’m not writing jokes in advance. I’m just acknowledging the peculiarity of my situation. (Anyway, nobody wants to sit through my stand up, I can’t hold a microphone and every joke would take ten minutes.) I’m just being honest, being real, and above all, going first. 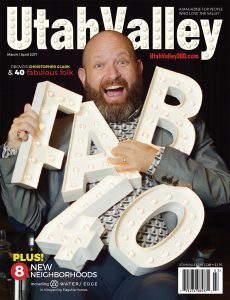 Christopher Clark was diagnosed with ALS in 2016. In March 2017, he appeared on the cover of Utah Valley Magazine. Christopher has filled his career by teaching and directing for UVU and working on other theatrical projects at places such as the Hale Center Theater. Now Christopher uses a wheelchair and always signs his emails, “I typed this email with my eyes.”
Share