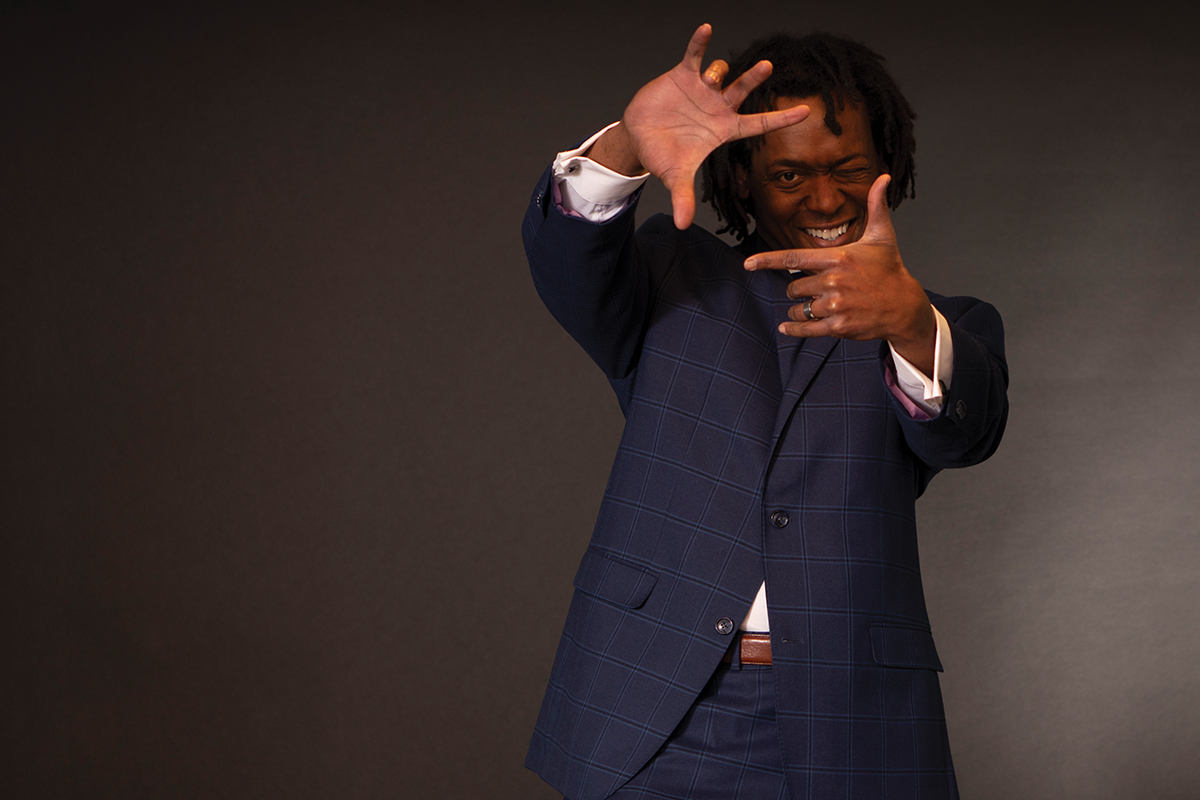 Danor Gerald moved to Utah in 2003 from Orlando and now lives in Saratoga Springs. He had already completed a couple of years of college studying theater and was working professionally as an actor. He wanted to finish a degree in digital cinema. Danor found a program at UVU and has called Utah home ever since.

Actor and producer Danor Gerald is most well-known for his roles in “Forever Strong,” “Saints and Soldiers: the Void” and “95ers: Echoes.”

More recently, this Saratoga Springs local played Issac James in the 2018 movie “Jane and Emma.” Danor felt privileged to bring to life a piece of African-American history as part of the early years of The Church of Jesus Christ of Latter-day Saints. He had previously acted in a stage production of the story and was excited to reach a larger audience via the screen.

“There are several African-Americans in Church history,” Danor says. “But I never suspected anyone would care to make a movie about them.”

Danor uses his acting career as a tool to create his own legacy and open the door for other African-American actors.

Only .0528 percent of Utah County residents identify as African American, and Danor is working to make the community more visible.

“For me, Black History Month is a chance to learn more about my history as an African-American,” Danor says. “I’ll find posts online about people I had never heard of. It gives me a chance to focus on what makes me who I am and build a sense of self-respect.”

Even though Black History Month only lasts 29 days, Danor is determined to celebrate and encourage change year-round.

Danor and African-American producer Lonzo Liggins are teaming up to produce a new project with the working title “Off The Beaten Path.” Danor says many Americans buy into the stereotype that families in Utah are all the same — white and LDS. He’s working to highlight cultural experiences in Utah by taking guest stars to locations around Utah.

Danor hopes to affect both the perception of Utah from outside the state and how Utah residents see their home state.

“Companies in Utah have sometimes struggled to recruit and retain people of color. This show is about showcasing sides of Utah that are off the beaten path,” Danor says. “We want people to see the inclusion and diversity in the state.”

People have such a different perception of Utah than what it really is. The key to changing the narrative of Utah is to make a greater effort to emphasize diversity.”

Q Cards: How to Recharge Without Using a Day of PTO Next post