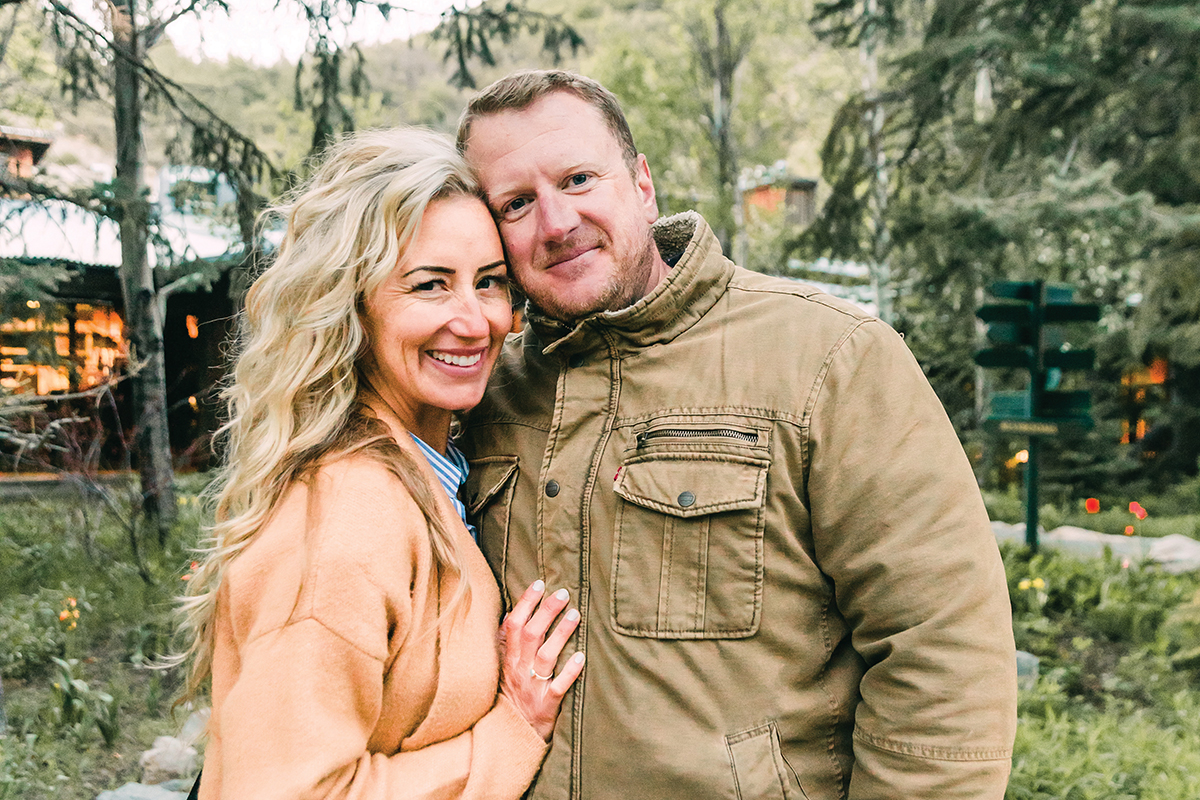 For the first 15 years of their marriage, both Ashlynn and Coby Mitchell suffered in silence. Their marriage was more like a cautionary tale than the material for a “Happy Couples” article. But through hard work, a commitment to change and ongoing therapy, they transformed their story to one of triumph and are now sharing hope with others.

Ashlynn and Coby met in June 1999. They got engaged in October and were married in January 2000. A week after their nuptials, Ashlynn could tell something wasn’t right, but she couldn’t identify it and didn’t know how to find help.

Coby was first exposed to pornography at age 7, and he continued seeking pornography into his teenage years. By the time he got married at age 22, he was addicted.

“When we got engaged, both of us had these Cinderella-story expectations of ‘I found the one. The hardship of trying to find the one is over. Hallelujah!’” Coby says. “But we were entirely emotionally unprepared for life as a partner.”

Both Coby and Ashlynn had endured over 14 long years of the painful effects of addiction and betrayal trauma. In their case, this included two emotional affairs, three rounds of ineffective 12-step programs, and therapy that acted only as a band-aid. They never confided in friends or family about their struggles.

“We tried things like, ‘Let’s start working out together,’ or ‘Let’s start reading scriptures together’ or ‘Let’s read a self-help book.’ We tried to do all these growth mindset things as a couple and it never worked out in 14 years,” Ashlynn says.

Recovery finally started after the Mitchells hit heavy emotional lows. They discovered their two daughters, ages 4 and 2 at the time, had been molested by an adult woman they trusted. They immediately sought help for their daughters, which included going to the Utah County Children’s Justice Center for both individual therapy for the girls and family therapy.

Around the same time, one of Ashlynn’s friends invited her to like a Facebook page for women seeking healing from a spouse’s infidelity or pornography addiction. The friend didn’t know the Mitchells’ background, but this invitation opened the door for Ashlynn to share her story for the first time with this friend.

“I’d never heard of betrayal trauma and I’d never really heard of sex addiction. But I went to a conference, got educated and came home excited. I said, ‘Coby, there are therapists who help people like us. We live in a mecca of therapists who specialize in this, and there are treatments,’” Ashlynn says.

A couple months later, Coby decided to seek out that help. The experience of attending therapy with his daughters and seeing it lead to recovery normalized therapy for Coby. On the heels of his second emotional affair, he decided enough was enough.

“I had reached a point where I had crossed a line I never thought I would. My own salvation was front and center for me. Like, ‘If I die right now, I’m screwed because I’ve done things I had said I would never repeat and worse,’” Coby says.

They had each stumbled along their own paths, but Coby and Ashlynn were finally ready to recover and heal as a team. So they entered the doors of Addo Recovery in Lindon and paid $1,100 upfront for three months of individual and group therapy.

Three weeks later, Coby was laid off from his job, making money tight. “But we had experienced growth and hope. We were going to find a way to stay in the program,” Coby says.

After about 16 months, Coby was listening to a talk by Elder Dale G. Renlund titled “Latter-day Saints Keep on Trying.” In describing the process of repentance, Elder Renlund quotes from “As You Like It” —— “’Twas I; but ’tis not I.”

In that moment, these six words captured how Coby felt about himself and his recovery.

“I realized that based upon this new way of living — which includes a workout of 30 minutes every day, a spiritual devotional every day, journaling every day, living a very boundaried life and being very mindful — all of that was empirical evidence that I actually had changed from the inside,” Coby says.

After convincing Ashlynn of the value of sharing, the two offered to give a testimonial to their clinic, and Addo asked if they would do video testimonials.

Just before the videos were released, Coby and Ashlynn told their families their entire story, from drowning to thriving. They invited their families to join them on the Bonneville Salt Flats on Dec. 28, 2015, for them to renew their vows.

They choose the location as a symbol of the fresh start they had worked for.

“Recovery created the life we always wanted but could not figure out,” Ashlynn says.

The Mitchells have continued to share their story, and now cohost a podcast called “The Betrayed, The Addicted, and the Expert,” with licensed clinical social worker Brannon Patrick.

Coby and Ashlynn still participate in therapy, which has helped them reach a place of empathy, shame resilience, emotional connection and devotion.

Waving from the Radio Waves

Ashlynn and Coby first publicly shared their experience with recovering from a pornography addiction and betrayal trauma with video testimonials. Those videos grabbed attention online, and family and friends rallied with love and support.

“That totally changed our lives. Unintentionally, it created the business we run today. Our goal has always been to just help,” Ashlynn says.

In 2017, Ashlynn and Coby joined with licensed clinical social worker Brannon Patrick to create the podcast “The Betrayed, The Addicted, and the Expert.” Each week, they release an episode where they each share their perspective on a topic relating to the recovery journey. The show has 60,000 downloads a month and a five-star rating on Apple Podcasts.

The couple spent the first 15 years of marriage without a support system — which is why Ashlynn and Coby stepped forward with their story. The Mitchells want others to find hope like they did, but much sooner.

“I would never wish addiction on anyone, but I wish recovery on everyone,” Coby says.

Double the Dreamers: Brad and Shae Robins Reach For the Stage and Lift Each Other Next post