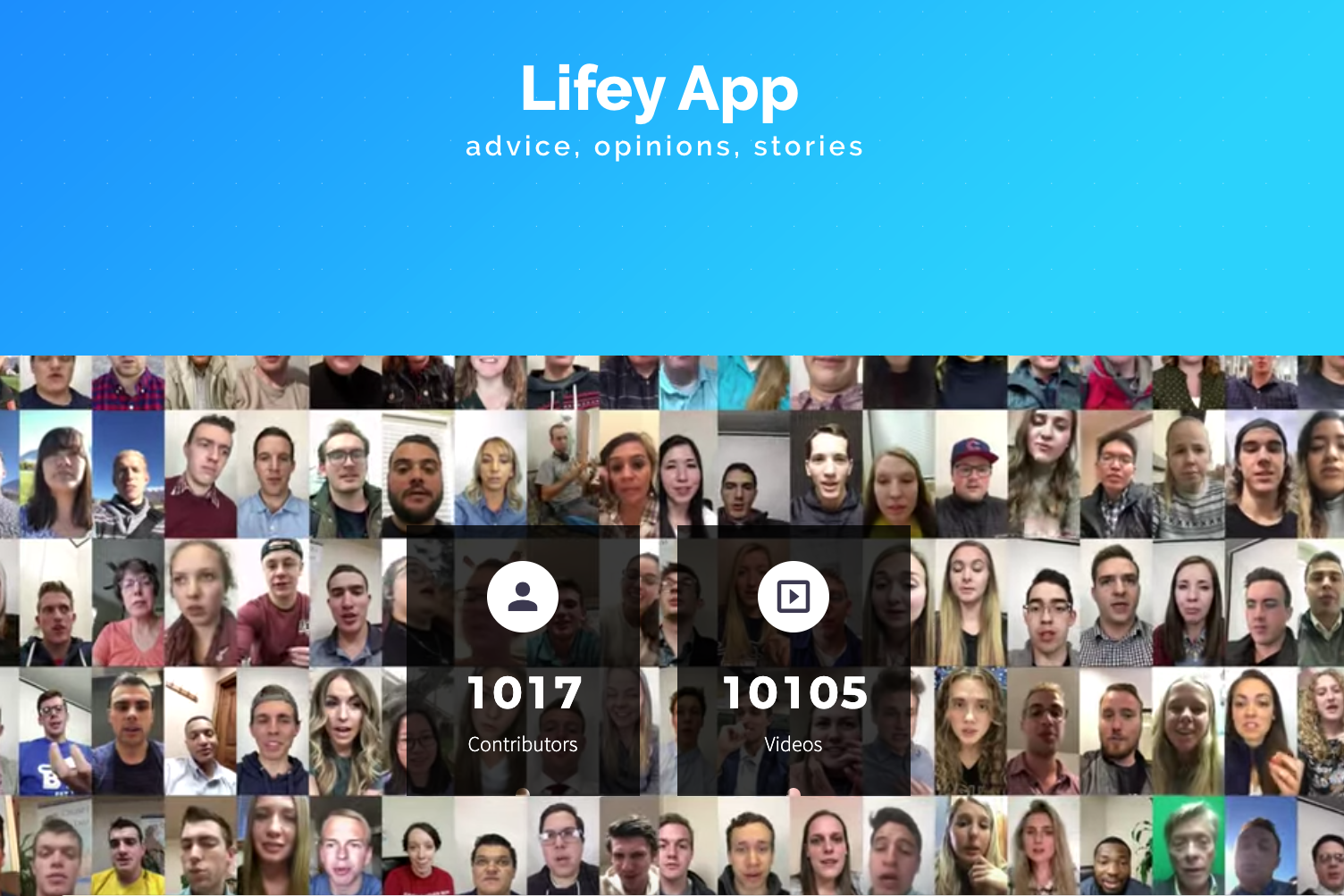 Lifey, a video platform of people sharing their experiences and stories, published its 10,000th video last week. The videos cover a variety of topics including missions, Christian topics, religions and culture. Although this is a great milestone, founder Alex Balinski has a much higher goal for the app’s world-impact.

“The vision of the Lifey app is to publish millions of videos,” Balinski says. “There is a potential to influence millions of people in a positive way through this app. When it comes to advice and opinions, I feel like there is often not just one answer. Often there is an endless amount of right answers. There is a lot of value in accessing information from multiple sources.”

The Lifey app allows people to share their life stories by recording themselves talking, and it also enables people benefit from others’ experiences by watching short videos about a range of life topics.

The first seeds of the Lifey app were planted in 2006 when Balinski struggled to find an educational path and corresponding and career path. He felt prompted to talk to a class member, and that person was studying broadcast journalism, a major Balinski had never heard of. That same day Balinski felt prompted to read President Gordon B. Hinkley’s biography which stated that the prophet had also studied broadcast journalism in school. 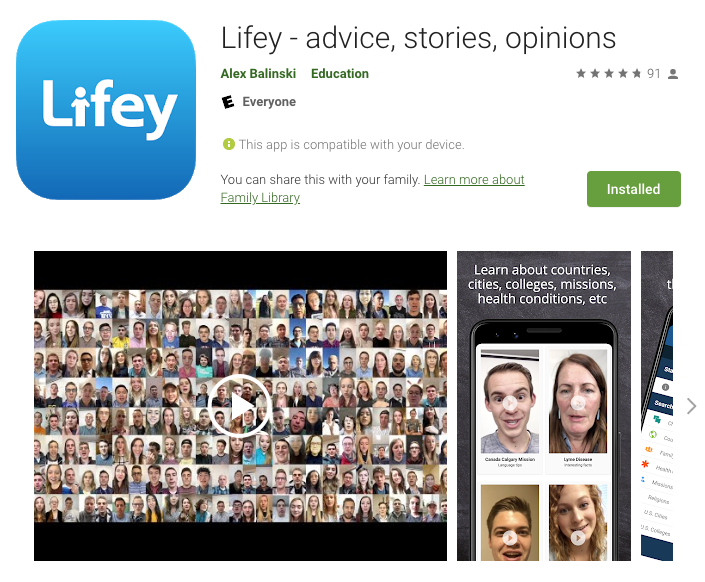 The Lifey app is available for both Android and iOS via the app store.

While studying in this newly found major, Balinski found he loved interviewing people and learning from their experiences. He felt inspired with ideas for creating various video resources that were not yet available, including videos to help prepare missionaries or college students choosing a field of study.

With these ideas in his head and impressions in his heart, Balinski served a mission for The Church of Jesus Christ of Latter-day Saints in Argentina, returned to BYU and eventually married his wife, Rebecca. Then in September 2012, Balinski and his wife felt they needed to take steps toward bringing these ideas to fruition in order to help missionaries and others. Balinski felt inspired to take a leap of faith, quit his job and live off their savings to work on these ideas.

A couple of days after quitting his job, Balinski and his wife experienced a miracle when someone unexpectedly offered for them to live rent-free for three years.

“It was totally unexpected, from someone who was oblivious to our decision to quit my job and take this financial leap of faith — but it was exactly what we needed to be able to survive,” Balinski says.

At the early stages of the project Balinski focused on missionaries, but after more inspirational experiences, he expanded his reach to different religious beliefs, different cities around the world and people with various health conditions. With these desires and spiritual experiences, he created a mobile app and called it Lifey.

The Lifey app can become a valuable resource for anyone looking for inspiration because it was created by someone who acted on his own inspiration. Users can download the Lifey app free for both iOS and Android.