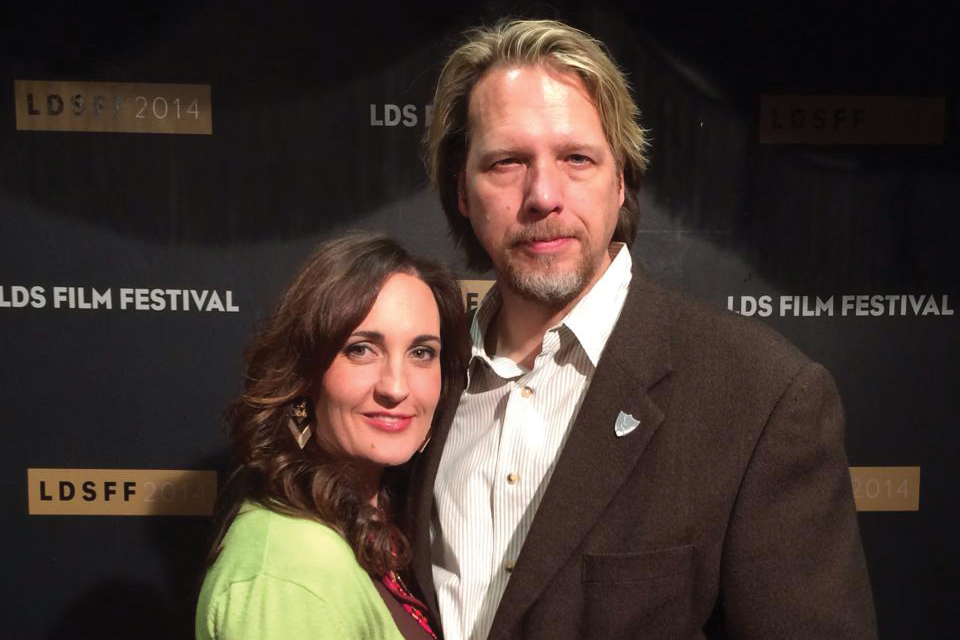 Kels Goodman is a producer, director and cinematographer in Utah Valley known for his work on “Hidden in the Heartland,” “The Last Eagle Scout” and “Handcart.” He produced the infamous Blendtec “Will It Blend?” videos. This creative mind also owns the LDS Film Festival hosted each year in Orem.

Utah Valley Magazine: What can we expect from this year’s LDS Film Festival?

Kels: This year’s festival will fall on the same week “God’s Army” came out 20 years ago. “God’s Army” was the pinnacle of LDS cinema, and we’re doing a special Monday night showing of the film. The director, Richard Dutcher, will be coming to present it. This is the highlight of our festival.

UV: Amazing! What are additional aspects you’re looking forward to in this year’s festival?

Kels: We’re doing a workshop with well-known author Jenni James. One of her books “Not Cinderella’s Type” was turned into a film and won Best Feature Film at last year’s festival. She will do a writers workshop for three days. Writing is a weakness for a lot of filmmakers. Often they don’t let others edit their scripts. Filmmakers don’t have a chance to get their films reviewed before they start shooting.

UV: Tell us about the 24-hour competition.

Kels: This is where filmmakers have 24 hours to make a short film. This year we’ve extended the time limit to 48 hours, which will increase the quality of submissions. The 48-hour competition is February 6-8. Anyone can sign up. We’ll show the entries Wednesday night during the festival. You lose a lot of sleep, but it’s a thrill.

UV: What’s the biggest challenge in the film-making business?

Kels: Money. My dad always called film-making an expensive hobby, and for some of my years, that’s what it was. Most artists are not business people. They’re artists, and artists tend to spend money. Having been in the business for 30 years, I’m just as guilty of this as anyone else.

UV: What advice do you have for upcoming filmmakers?

Kels: Don’t bother with film school. Use the money you would spend on film school to buy film gear. Jump in, intern and spend some time with a company that’s already producing. Find out what their needs are and be their go-to person. Over time you can make a living, but it’s not always easy. Make yourself useful. You can’t just be somebody with good ideas. You have to be out there working and helping somebody else with their ideas until you get your own ideas.

Kels: “Hidden in the Heartland.” That’s been a fun series for viewers, and it’s been my favorite piece to do.