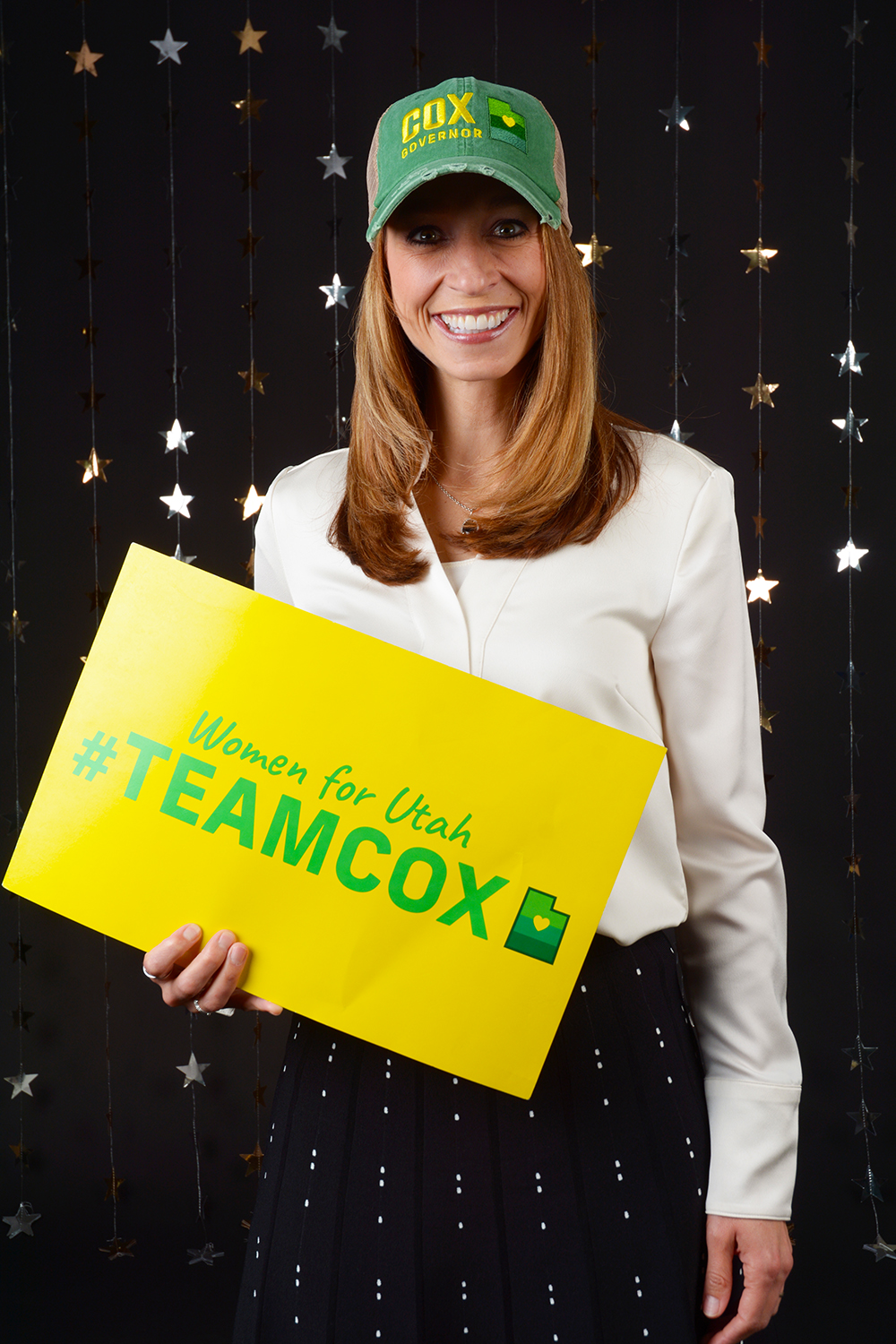 Abby is perhaps most well-known for being married to Lieutenant Governor Spencer Cox (who is running for governor). But her personal ballot is full of her degree in education from Utah State University, her background in ranching and her gift to her sister-in-law of carrying a surrogate baby. As she was traveling the state campaigning with Spencer, she noticed women were participating much less than their male counterparts. She discovered that Utah is home to 300,000 women who are eligible to vote but aren’t registered. She launched “Women For Utah” on the steps of the state capitol and has worked to enhance women’s voices and participation in the democratic process. “Women need to have a voice in their own government,” she says. Abby asks more questions than she answers around the state as she gathers voices and input from every corner and demographic.

Out of this World “The riskiest thing we’ve ever done is run for office. It’s vulnerable to put yourself out there, and it involves some hard conversations — and occasionally blocking people on Twitter.”

Wish Upon a Star “When I blow out a candle, I wish for my four kids to be happy, well-adjusted and taking care of themselves.”

Shoot for the Stars “Running the St. George Marathon was a challenging goal. I played basketball and have always been active. But a marathon takes mental energy and physical will.”

Starry Eyed “I’ve been starstruck by three people I’ve met: the Dalai Lama, Brian Stevenson who wrote ‘Just Mercy,’ and Lin Manuel Miranda who wrote ‘Hamilton’ and other musicals. Each time I met them, they were exactly as I hoped they would be.”

A Star is Born “Being a surrogate was a defining moment for me and my family. A few years ago, I testified at a hearing on behalf of keeping the law that allows surrogacy.”