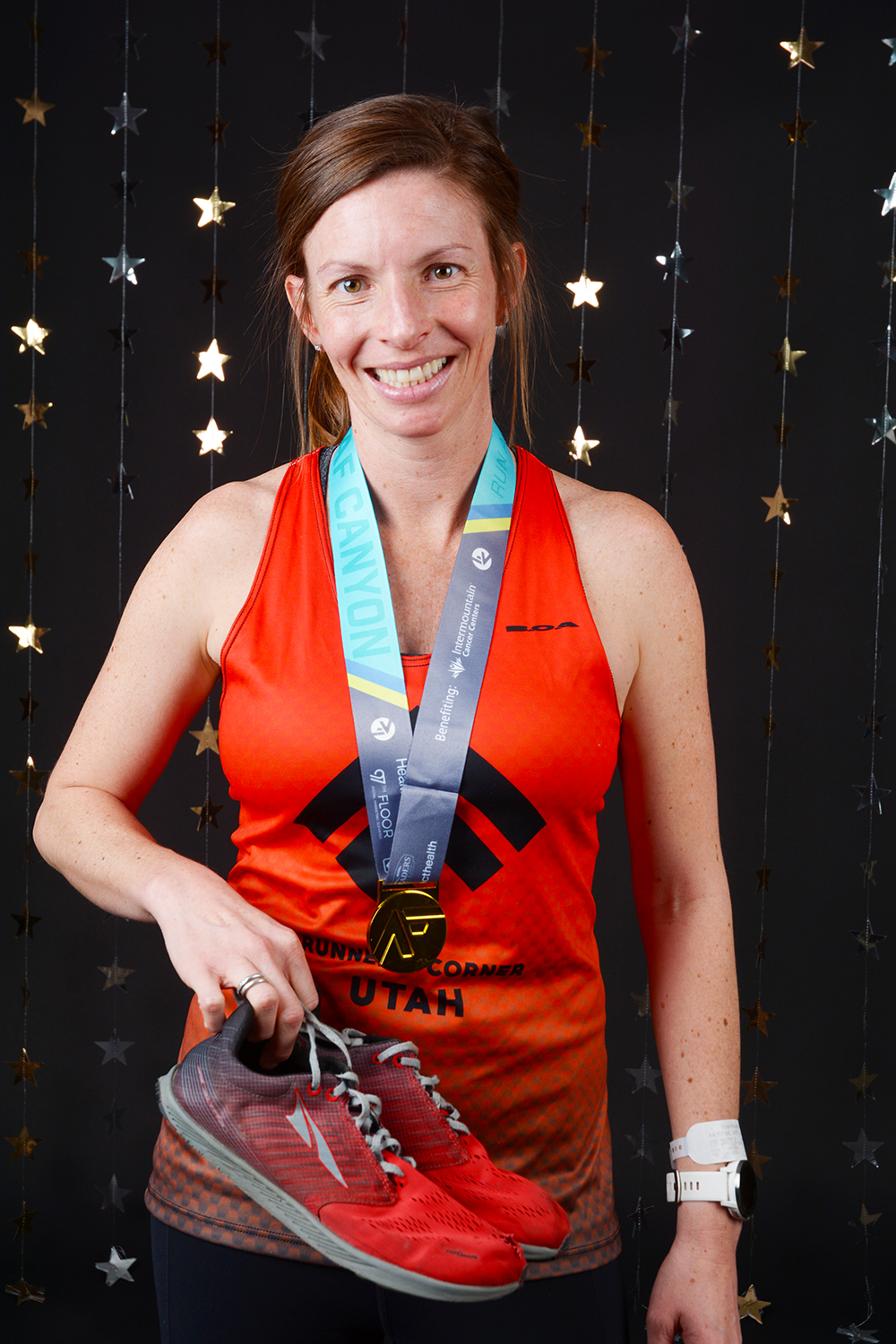 Amber’s feet are fly. In 2019, she ran the St. George 5K, the St. George Marathon, the Rex Lee Run 10K, the Freedom Run 5K, the Utah Valley 10K, and AF Canyon Run Against Cancer Half Marathon (a three-time Best Of Utah Valley winner). Amber won or set a course record at each, winning the AF Canyon Run at one hour and 15 minutes, taking first place for female contenders and sixth place overall. Amber ran both track and cross country at Orem High School where she won multiple state championships, competed at the Foot Locker Nationals twice, and held the national record for the fastest mile with four minutes and 51 seconds when she won the Arcadia National Invitational. When she put on a jersey for BYU, she lettered all four years. Now Amber runs on the Runner’s Corner Elite Team. This mother finds time to train in between being a wife and a parent to 8-year-old son, Stone, and 4 1/2-year-old special needs daughter, Avryl.

Written in the Stars “I used to always know I was going to be a professional runner, but life took unexpected turns that didn’t allow me to run for several years. Now I am happy with where I’ve been able to fit the two most important things to me into a happy mix.”

Shoot for the Stars “After having Avy and all the complications with her, I just wanted to get back to running somewhat competitively and surround myself with friends and a team so I had something for just myself.”

Starry-Eyed “My 4-year-old daughter has me starstruck. She is a chromosomal anomaly, a one-of-a-kind and was never supposed to survive, even in the womb. She is a complete miracle, defying all odds and lighting up our lives. She has spent almost a year’s total time in the ICU in life-threatening situations, yet she is the strongest, most determined little human I have ever met and she teaches me something new every single day.”