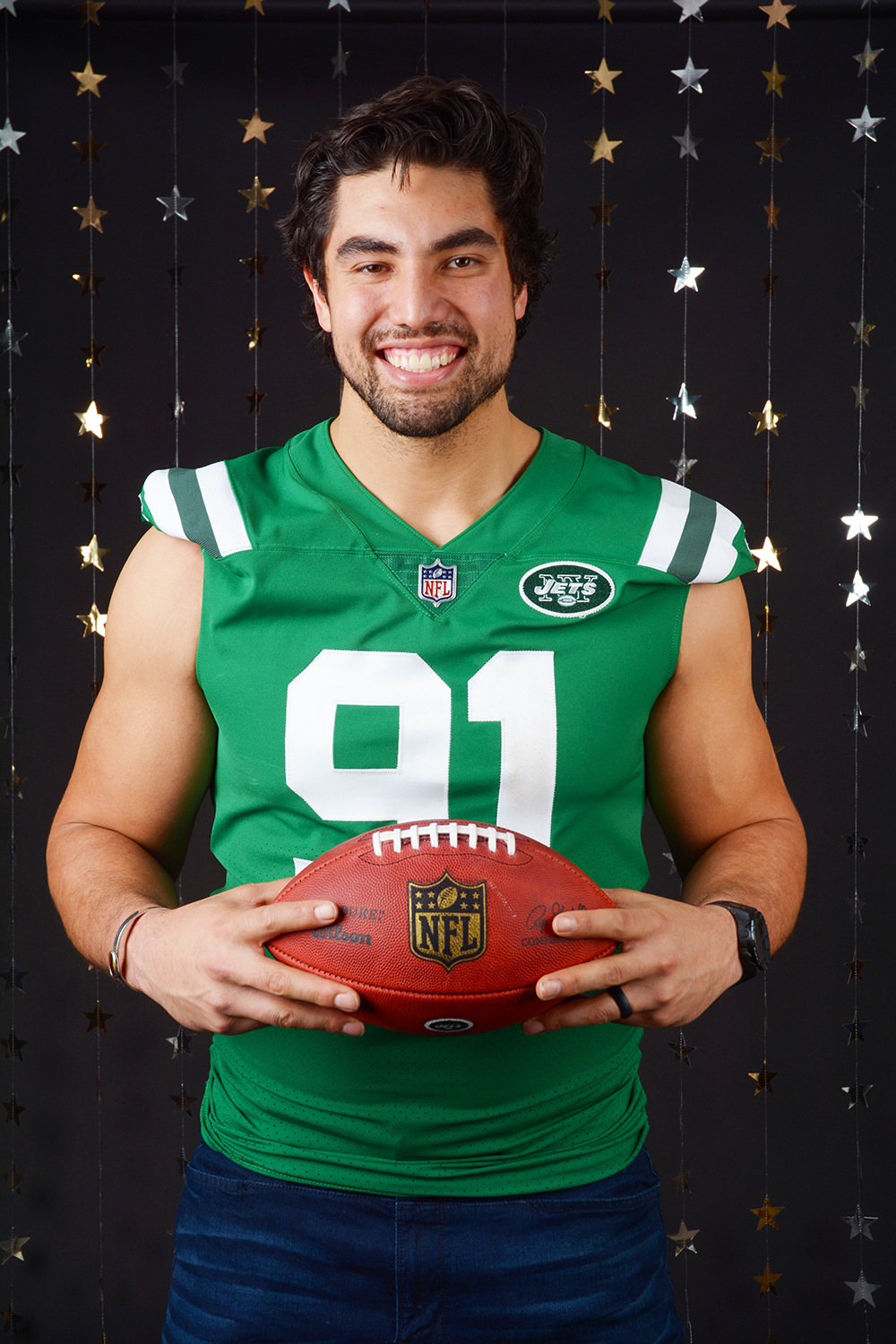 Bronson recognized his passion for sports when he was just a little boy. (Wait, he was never actually little.) As a Timpview student, Bronson received the All-American High School Player award despite a season-ending ACL tear his senior year. Although he faced physical debilitation, Bronson was ranked as the No. 1 recruit in Utah and went on to play football and basketball at BYU. The Cougar defensive standout and football captain finished his college career ranking No. 3 in tackles for loss and second all-time in sacks. Bronson was then drafted in the third round in the NFL to the Baltimore Ravens and now plays for the New York Jets with his younger brother, Corbin. Amidst his athletic success, Bronson says marrying his wife, Hilary, and becoming a father to Taika have taught him humility and what it truly means to be the “best teammate” to his wife. And he also plays on “Team Mayor Kaufusi,” for his mom, Michelle.

Shoot for the Stars “Getting drafted into the NFL has always been a goal of mine. Every workout, practice and overcoming adversity built up to that opportunity.”

Out of this World “I chased turtles for hundreds of yards out into the ocean and almost died as all of my muscles began to cramp. Luckily, a lifeguard came paddling by on a surfboard and towed me in.” (Editor’s note: Woulda liked to have seen this video and heard the other side of the story from the undoubtedly shorter lifeguard.)

Wish Upon a Star “My only wish is for my family to be healthy and happy.”

Starry-Eyed “I get starry-eyed when I think about fishing anywhere. Some cooler places to go would be Alaska, New Zealand and Australia.”

Lucky Star “I felt lucky when Corbin, my little brother, joined the same NFL team as me.”