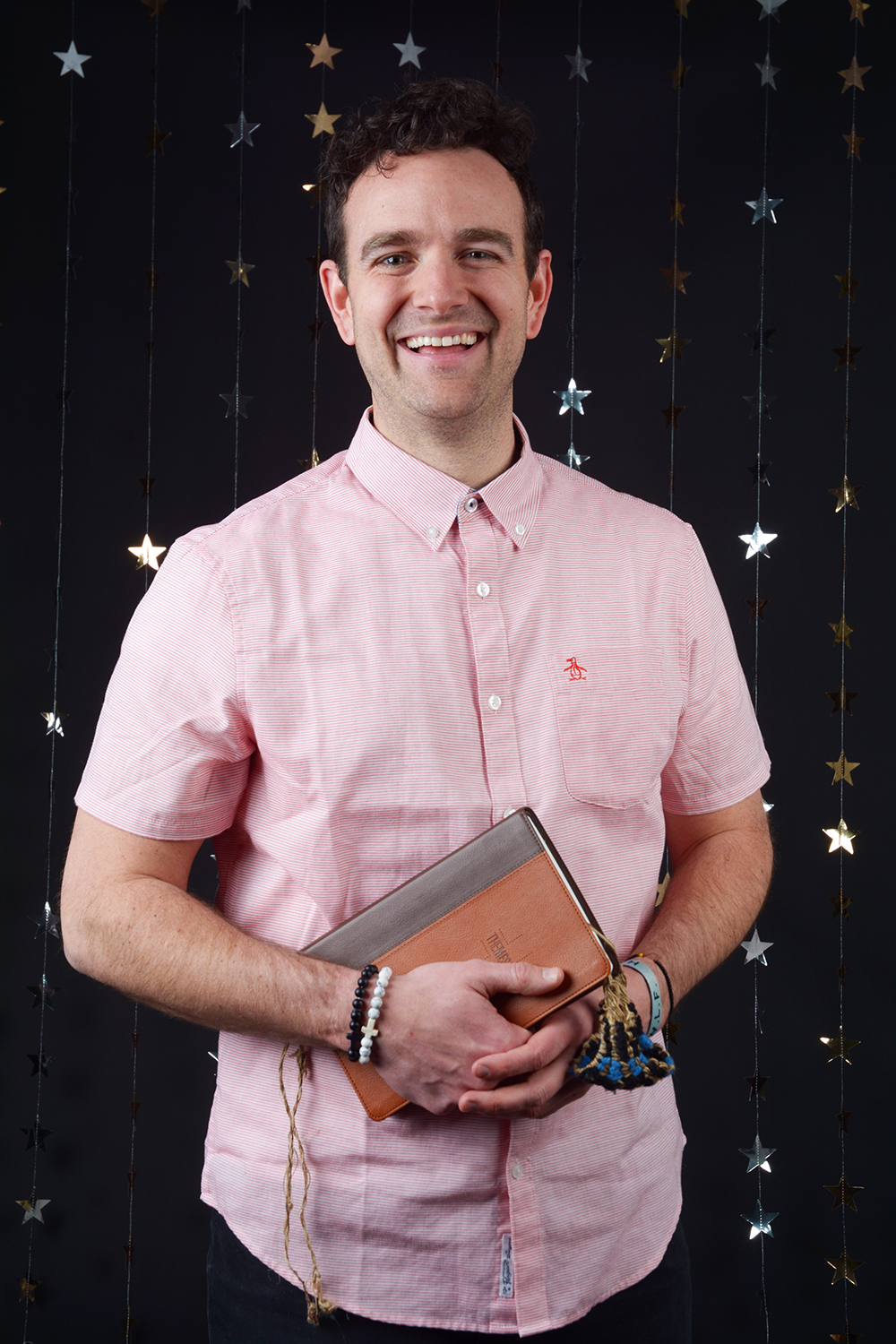 At the end of 2018, David teamed up with Emily Belle Freeman to create “Don’t Miss This,” a video log of study points from the “Come, Follow Me” program published by The Church of Jesus Christ of Latter-day Saints. The audio from those scripture-with-personality sessions is also available in podcast form. “Don’t Miss This” has 108K subscribers on YouTube and an average of five stars from 1.3K ratings on Apple Podcasts. David teaches at the Orem Institute and is the author of titles including “Redeemer.” But most importantly, he’s the father of six and husband to Jenny.

Out of This World “Craziest thing? Becoming a dad! A whole chamber of my heart opened that day in the hospital — one I didn’t even know was there. It’s been an adventure ever since.”

A Star is Born “When Jenny and I were first married, she said I would never understand her family unless I lived in Hawaii. (Her mom grew up there, and most of the siblings had been to school out there.) So one day she applied to BYU Hawaii for me and I got in. So we packed up some of our stuff, sold the rest, and moved out there with no place to live and no plans. Hawaii was a game-changer for me. It’s where I really learned ‘stuff no mattah, people mattah.’”

Lucky Star “At my last birthday party I had this moment when time seemed to pause. I looked around at who was there and thought, ‘Dang. I am one lucky dude.’ That kind of thing happens to me on the regular. I have such a charmed life. I really am the luckiest.”

Zodiac “I am a Capricorn. Which is a GOAT — which is legit. I just looked it up and found that a Capricorn is mature, logical and sensible — three words no one would use to describe me — so I must be a different kind of goat.”