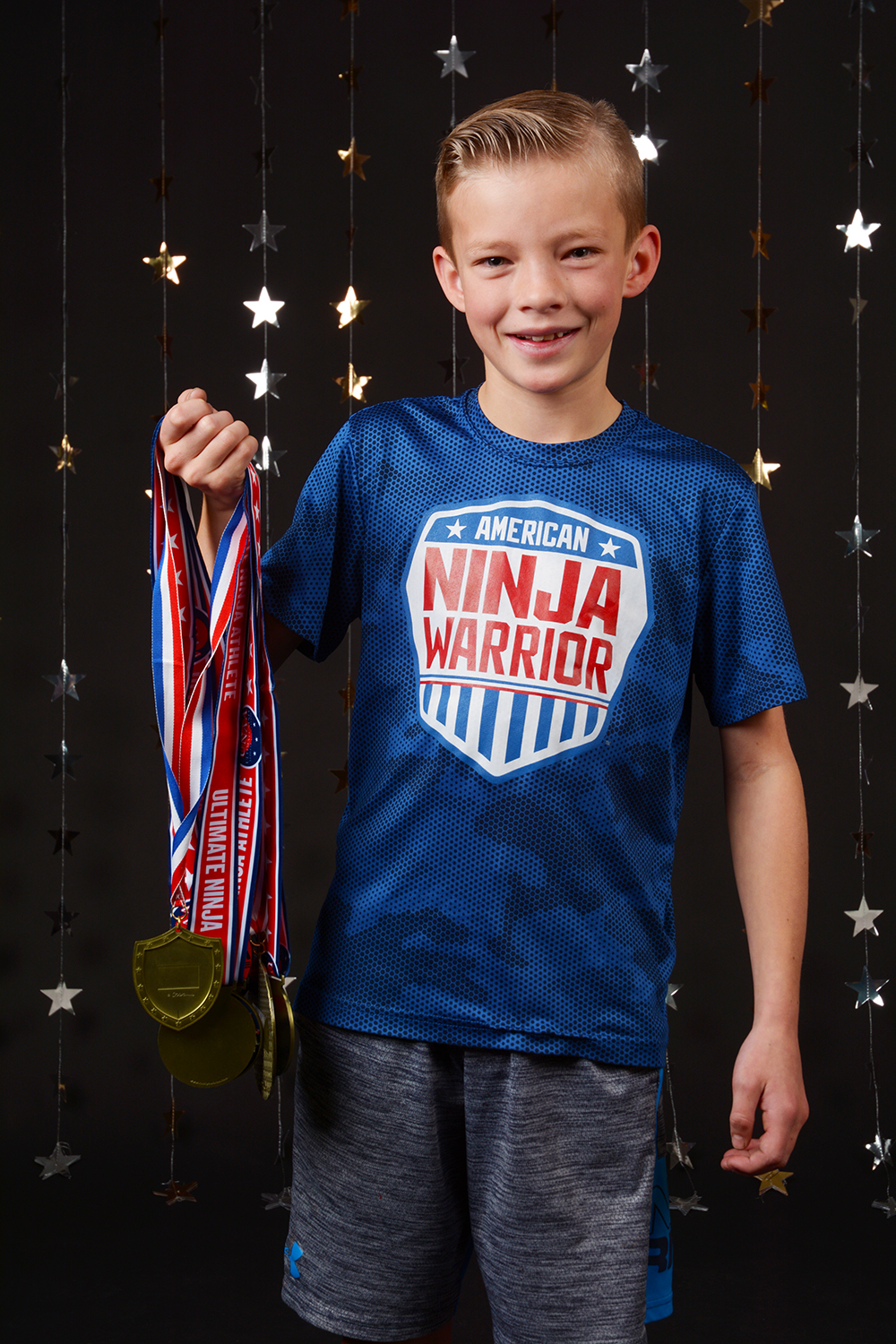 Drew completes ninja courses with Tarzan-like agility and strength. In July 2019, Drew competed in the World Finals for the Ultimate Ninja Athlete Association. In January 2020, Drew was ranked as the No. 2 in the United States in his age group for American Ninja Warrior. Drew shares his passion for ninja with his older brother, Tanner, and the two cheer each other on. Another one of Drew’s cheerleaders is his dad, Ty Bennett, well-known business speaker and author. For Christmas, the Bennett boys probably got the coolest gift: A ninja gym in their basement. Santa must be a ninja, too.

Written in the Stars “I love Ninja and I want to win American Ninja Warrior, but more importantly I want to be a good person and have a good life and family.”

Out of This World “Ninja Warrior is pretty crazy, but cliff jumping in Hawaii over 25 feet was probably riskier.”

Starry-Eyed “I have met many of the famous ninjas who have been on the show, but my favorite ninja is Drew Dreschel, and I really want to meet him.”

A Star is Born “Two years ago my brother and I watched American Ninja Warrior and we saw Brent Steffenson become the first American to finish the ultimate cliffhanger. We were inspired! That is the day Tanner and I started Ninja Warrior training.”

Lucky Star “Last year right before World Finals I fell off a fence and got really hurt. But the day before the competition the scab came off and I was able to compete.”

Zodiac “My zodiac sign is Cancer, which means I am very tenacious and driven to do things but sometimes moody, too!”