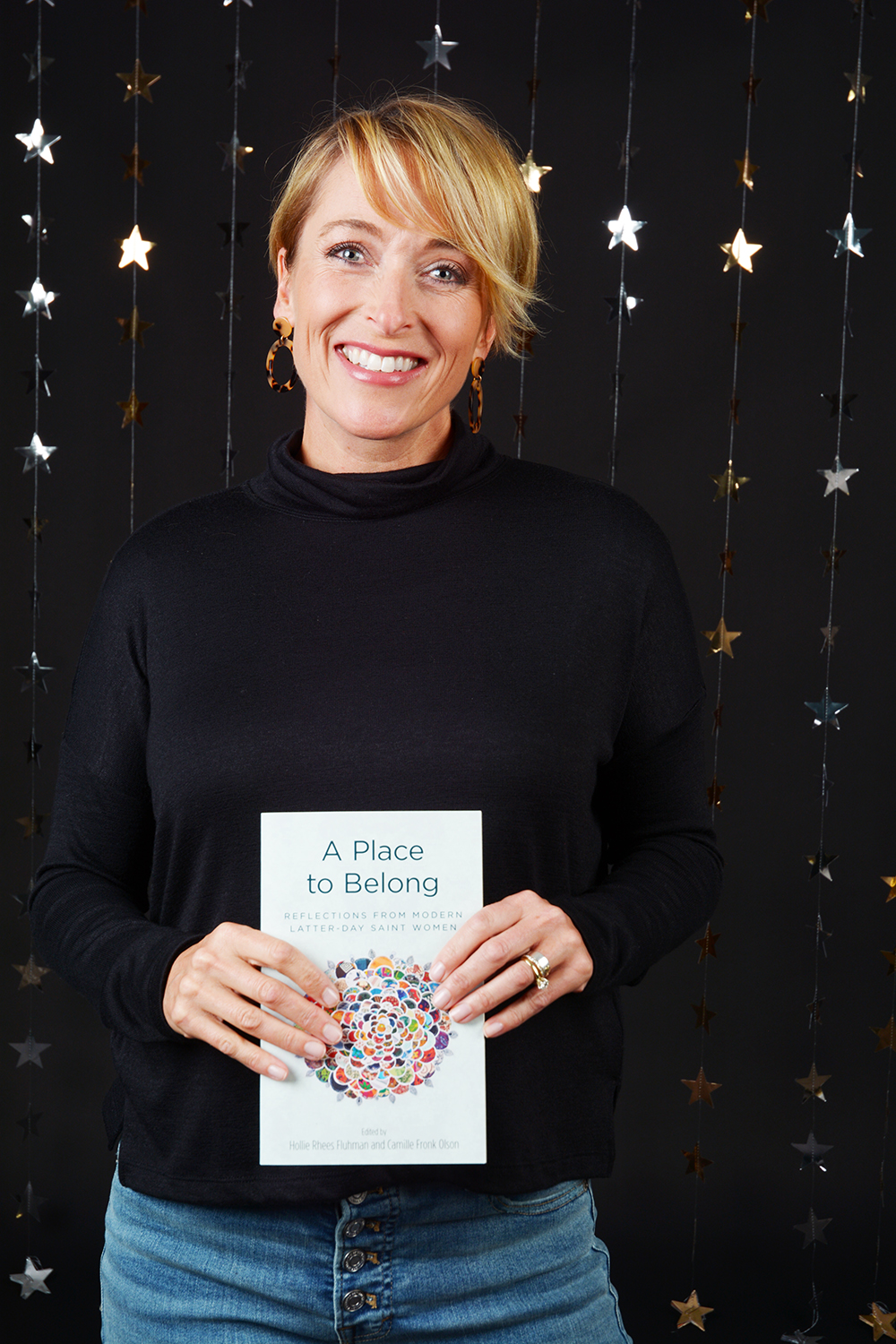 Hollie sensed a need for this generation of women to share their stories with the rising one. Her vision became a 193-page anthology of 33 essays where modern women share faith-filled wrestles with feminism, roles, career and discrimination. Deseret Book published “A Place To Belong” earlier this year, which Hollie co-edited with Camille Fronk Olson. The two recorded the audio for the book and have hosted multiple author readings celebrating women finding a place to belong in The Church of Jesus Christ of Latter-day Saints. Although creating the paperback has been a wild ride, the craziest thing Hollie has ever done is become a mom to her four children. “I like to take credit for their fabulousness. See my husband about their quirks,” she says.

Written in the Stars “I’m destined to hold babies and kiss soft chubby cheeks. My children are all grown and I have yet to be a grandma. I’m in a baby famine.”

A Star is Born “Travel enriches my sense of belonging and commitment to a global human family. Unforgettable moments in England, France, Switzerland, Italy, Germany, Israel, Egypt and Mexico challenged me to see the world in new ways. Traveling through the states has changed me fundamentally as well. Leaving my comfortable cultural bubble stretches me into a new version of myself.”

Starry-Eyed “My husband, Spencer, is bursting at the seams with talent and charisma. He’s the executive director of the Neal A. Maxwell Institute and associate professor of history at BYU. Even after 24 years of marriage, I’m still in awe of him!”

Wish Upon A Star “I secretly dream of being a rockstar or Broadway star. My girls and I have performed at the SCERA Shell in ‘Joseph,’ ‘The Little Mermaid’ and ‘Seussical.’ Those opportunities help scratch that dream’s itch.”

Lucky star “I feel really lucky right now. We get to spend 6 months in Santa Barbara (aka Paradise!) for a visiting professorship.”

Zodiac “Pisces are supposedly generous and compassionate by nature. It’s a lie! Those are my aspirations but don’t come naturally to me.”