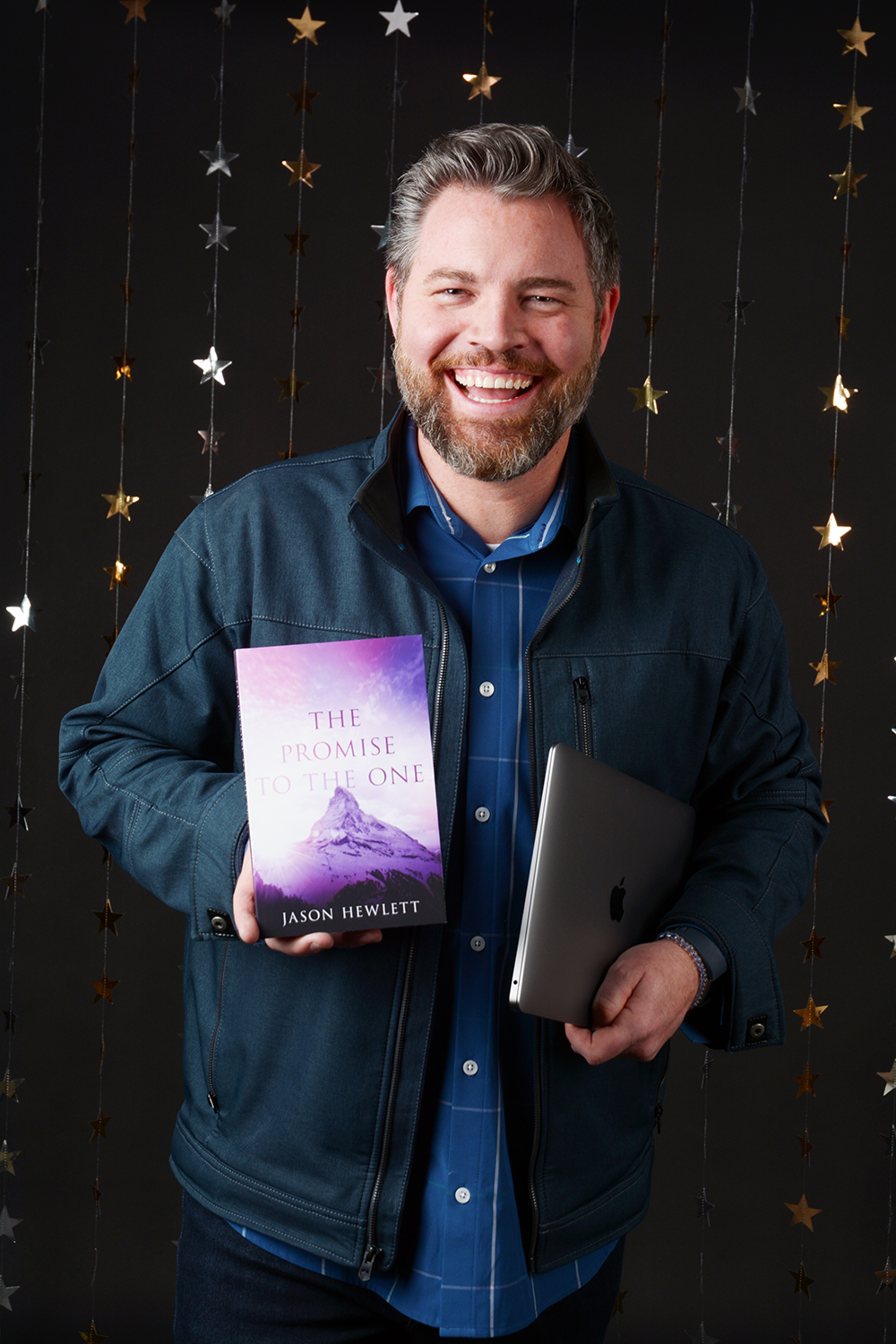 Although Jason has lit up stages as an entertainer, impersonator, emcee and keynoter, his slightly serious side is winning readers and audiences. His focus on “The Promise” helps corporations redefine corporate culture and personal vision. Jason’s career kicked off with shows at SCERA, Johnny B’s, UVU (“the artist formerly known as UVSC”) and BYU. His defining moment came at 25 when he turned down a lucrative Las Vegas show to maintain integrity as a family-friendly performer. He has kept his promises and now teaches others to do the same. Jason continually finds his name in lights and in headlines, and in 2015 he had a social post about seeing his wife in Target go viral. Jason received The Star award from SCERA in 2016 and was one of the youngest inducted into National Speakers Association Hall of Fame.

Written in the Stars “I married the literal girl of my dreams and we’ve been blessed with four kids. Nothing is greater.”

Shoot for the Stars “I finally wrote the book that has been inside of me my entire life! ‘The Promise to The One’ is launching this year and  is my greatest work to date professionally.”

Out of This World “Along with music legend Dean Kaelin, speaking legend Dan Clark, and David Archuleta, I flew into Afghanistan in 2014 to perform for the troops. Our Chinook was being shot by Al Qaeda and I was yelling for David Archuleta to put his helmet on. It was surreal. The men and women who serve our country are our greatest heroes.”

Starry-Eyed “Whether it’s a child playing piano for their school, a frightened teen giving a talk, a mom who balances home and business, or a man who serves in his faith, I strive to be everyone’s greatest cheerleader and have found in most people I meet something to be in awe over.”

A Star is Born “Being made fun of as a child for my big mouth helped me realize I could either hide from what I didn’t like about myself or embrace my quirkiness. On my mission in Brazil, I realized I could make people laugh and think in any language — or with no words at all.”

Lucky Star “I feel lucky every time the phone rings or email dings and it’s someone who wants me to speak or coach their team. Oh, and if they have a good budget, then I really feel lucky! And if it’s in Utah and not the other side of the world, then I’m ecstatic!”