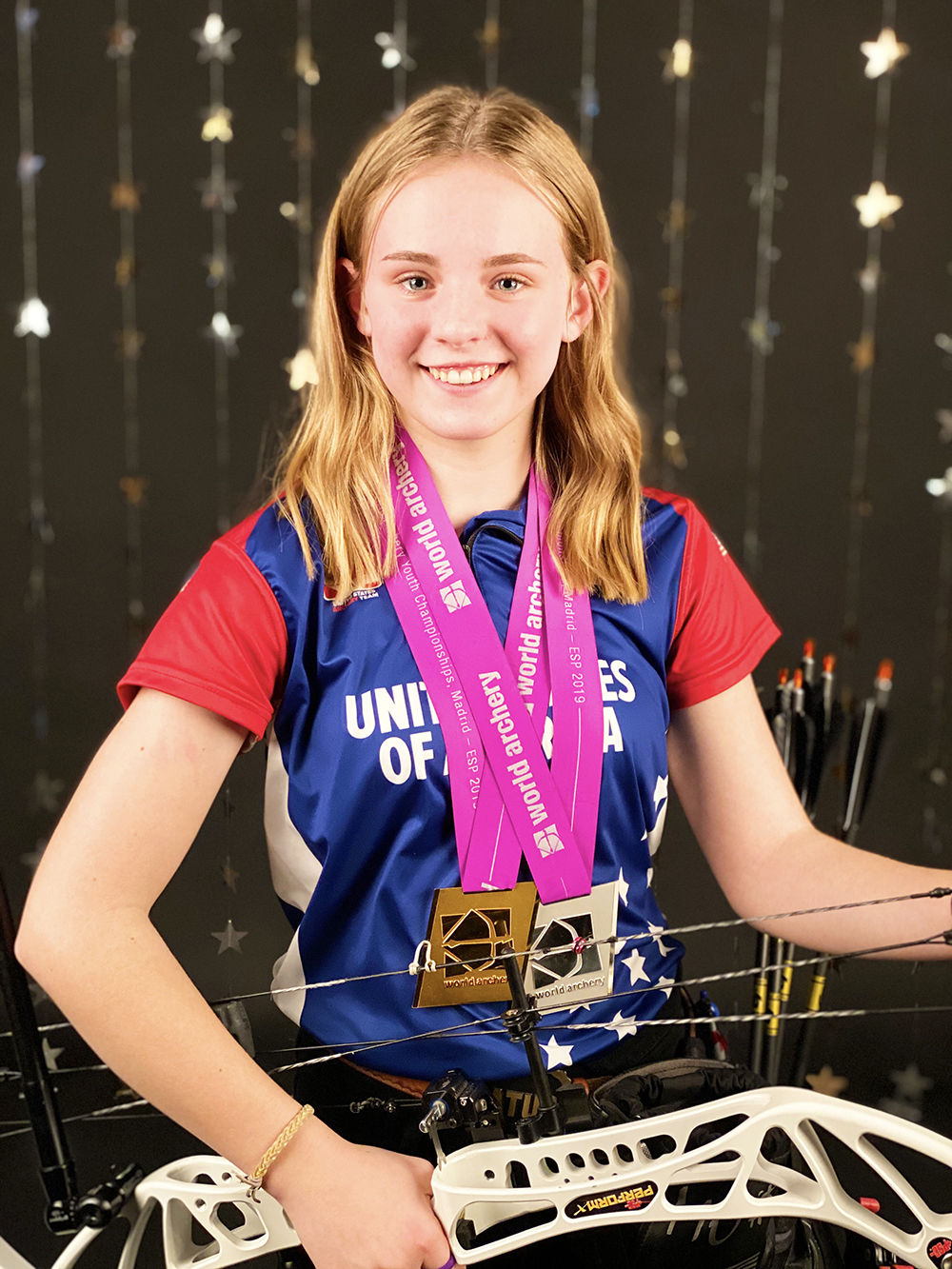 While “The Hunger Games” craze caused an influx of female, first-time archers to penetrate the male-dominated sport, Makenzie’s mother, Amy, says with mama-pride, “Makenzie was cool before Katniss.” This teen has her sights set on becoming the No. 1 female archer in the world. At age 15, she competed in Spain as the youngest female member of the United States’ Archery Team. Not only did she achieve her personal best during this tournament, but she also brought gold and silver medals home from her group performances. The gold medal she achieved with two other U.S. 17-year-old teammates officially titled her a World Champion. Makenzie first picked up a bow at age 6 to hang out with her father and older sister. She soon surpassed both of their difficulty levels and many competitors of her same age.

A Star is Born “This summer I struggled with performance anxiety. The scores from my Arizona tournament were not even close to what I was used to shooting in practice. I crippled under the pressure and was shooting exceptionally poorly. This was the first year I tried to make the U.S. team and I thought, ‘It’s over.’ I remember sitting in the shower sobbing and wondering why I couldn’t perform like I had beforehand. I went onto Instagram and saw a cheesy, inspirational quote that said something like ‘Your efforts are not in vain. We can see your progress.’ That was huge for me.”

Starry-Eyed “In Spain I met Alexis Ruiz, who is ranked the youngest No. 1 woman archer in the world. Within five years, I want to be just like her. I want to beat her and become an inspiration to someone younger than I am.”

Lucky Star “Making the mixed team was luck. One of the girls I starting competing with was the No. 1 ranked girl from the U.S. and had set multiple world records. When I heard I was No. 1 from the U.S. and not her, I was dumbfounded.”