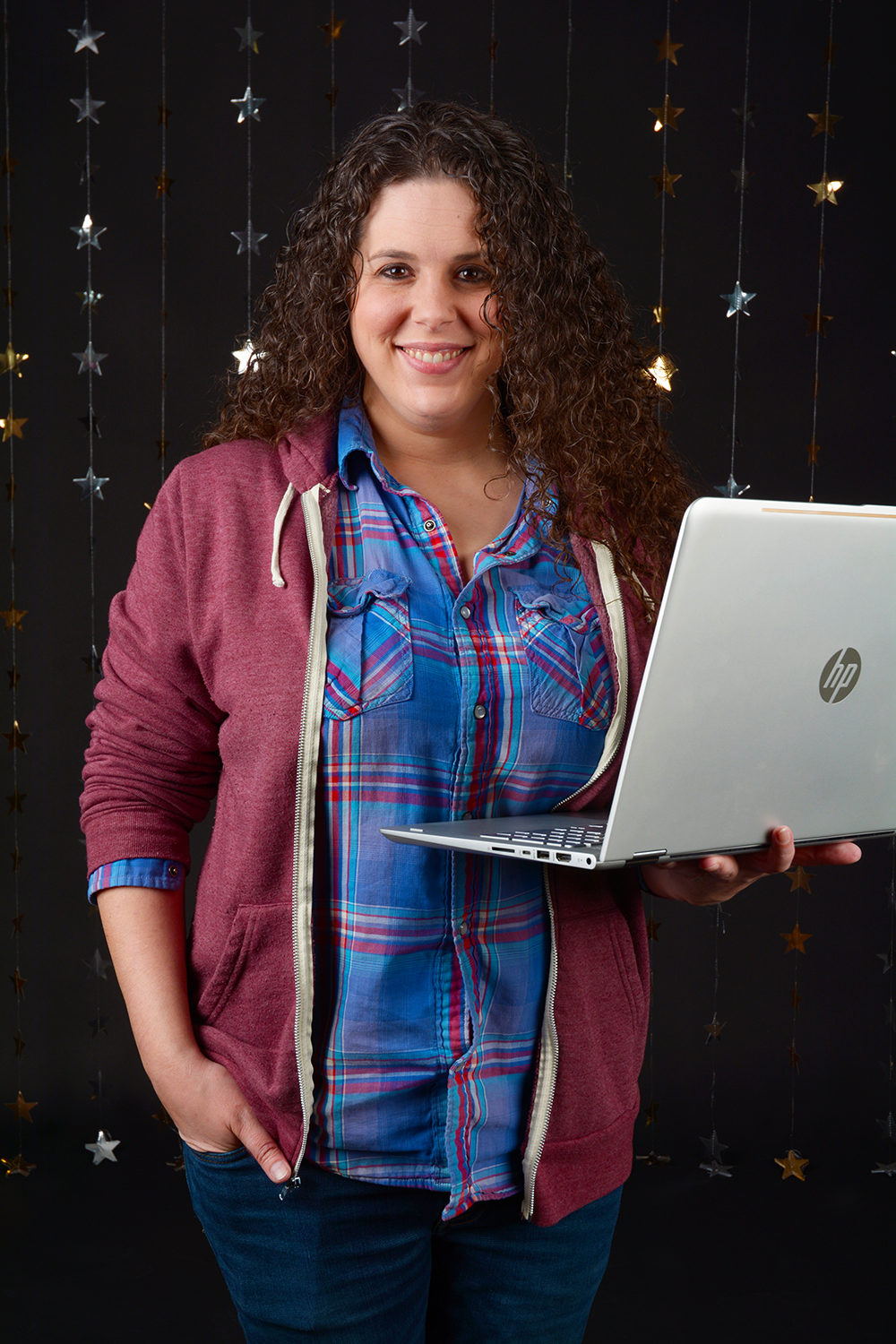 Behind the scenes is Meagan’s favorite place to be. Right after high school, her Orem High drama teacher, Syd Riggs, helped Meagan land a job at Hale Center Theater Orem, and she’s gone to Hale ever since. Now as production stage manager, Meagan influences the shows at the Orem round. “Being a stage manager is often described as the least coveted job in theater, but it’s the only job I would want,” Meagan says. When she’s not attached to the headset, she loves spending time with her new wife, Lisa, and step-kids Nora and Graham.

Shoot for the Stars “I try not to live too far in the future or set myself up for failure. If I live in the moment and act mindfully toward people who are important to me, everything falls into place.”

Out of This World “I left two weeks after my 21st birthday to stage manage the national tour of ‘The Music Man’ — I was woefully under-qualified. I lived on a bus for eight months and traveled to 71 cities with 11 other crew members, all much older and more experienced. I may not have done the best job on that production, but I learned most of what makes me good at my job today.”

Starry-Eyed “Working in theater, especially in this area, I am surrounded by so many amazing, creative people. Seeing my loved ones have artistic successes makes me starstruck. I get to feel that way most of the time.”

Lucky Star “A time I felt lucky? Meeting my wife. From the very beginning, she set the trajectory of my life in a new direction and it seems like everything just gets better and better every day.”

Zodiac “Chris Clark once told me I was ‘the least Leo, Leo he’d ever met.’ I can’t totally disagree, but I’d be lying if I didn’t admit to being loyal, protective, prideful and stubborn.”