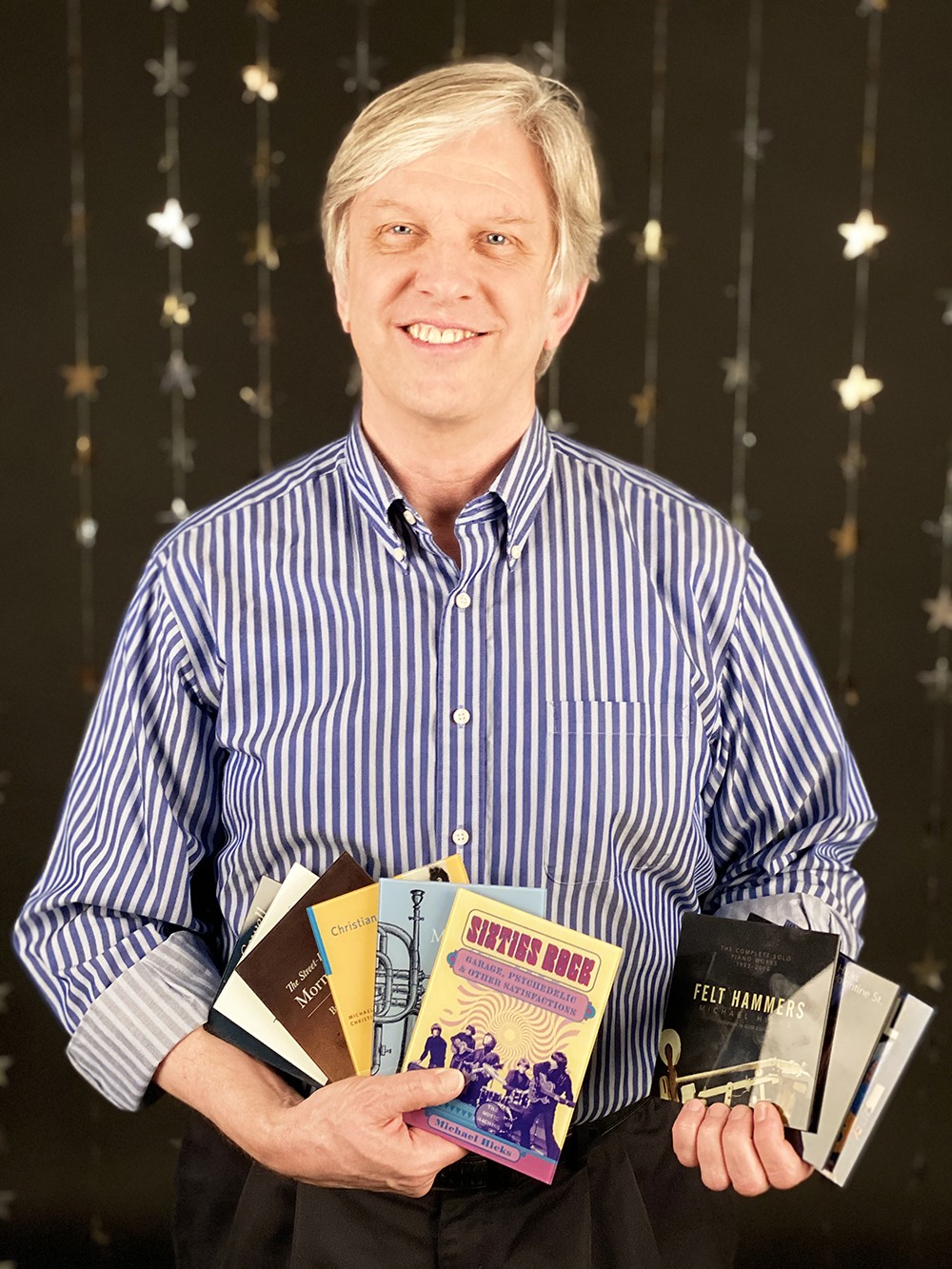 Dr. Michael Hicks may be retiring from his 35 years as a BYU Composition and Theory professor, but he is far from reaching a diminuendo in Utah Valley. A successful author of soon to be nine books, favorite college professor, poet, composer, web author, religious artist and solo vocalist, it seems almost improbable that Michael has time to spend with his wife, four children and 13.55555 grandchildren — his calculation, not ours. Michael received his Doctorate of Musical Arts from the University of Illinois and quickly returned to his undergraduate alma mater, BYU. There he has demonstrated pure passion for music, literature and art through sharing concepts and personal examples. Michael also ensured all those who felt like outsiders had a home at BYU by providing them a personal confidant and amiable friend. Although Michael will retire from BYU this July, he plans on releasing two new books: “Spencer Kimball’s Record Collection: Essays on Mormon Music” and “Wineskin: Freakin’ Jesus in the Seventies.”

Out of This World “I have several experiences that could contend for the honor of ‘craziest thing I’ve ever done’ — all the details of which are sealed.  But I’ve survived. What doesn’t kill you makes you not stronger but at least not dead yet.”

Starry-Eyed “I get teary-eyed easily when (a) I hear music unlike anything I’ve heard before or (b) I read a poem that startles me.”

A Star is Born “I think it was the Scholastic Book program in grade school — especially discovering Curious George, who became my main mentor.”

Lucky Star “When University of Illinois Press asked me to become the editor for four years of one of their flagship journals, “American Music” — a task for which I had few visible qualifications.  But they loved what I did with it.”