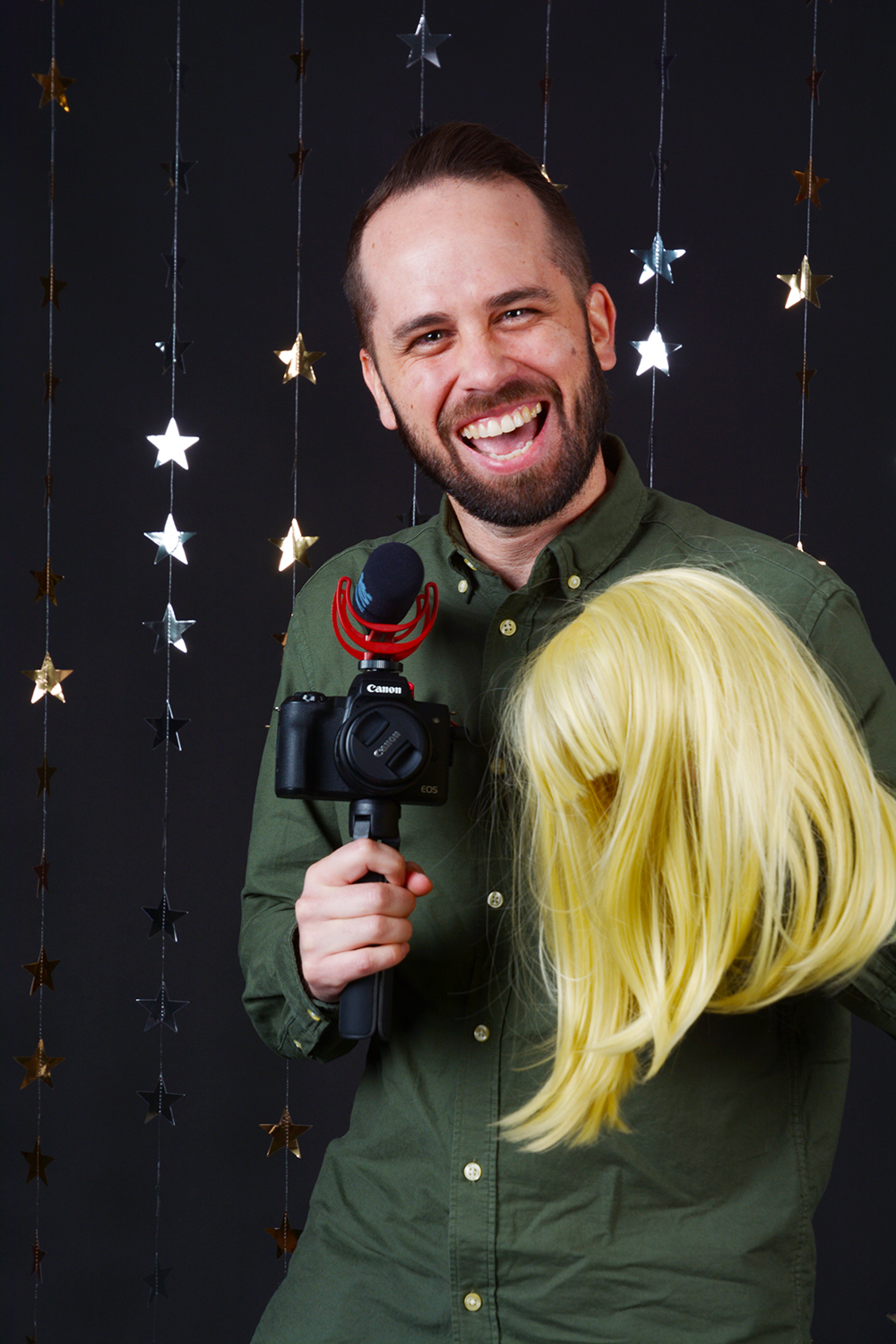 Shaun and his wife, Nicole, started a comedy Instagram account called “The Johnson Files” in 2016 when living in Florida and needing a creative outlet. They post humorous skits, usually starring Shaun and his multiple creative personalities (including ‘Sandy’ who comes out with the blond wig above). In 2018 the Johnsons moved back to Utah and now have an Insta-audience of 100,000. Shaun also hosts business improv training, private parties and live comedy shows.

Written in the Stars “Looking for humor, even during trials, has helped me so much. Letting ourselves laugh, even when circumstances make us feel we aren’t ‘supposed’ to laugh, is powerful.”

Out of This World “Recently I decided to take a risk and record a Christmas album. I anxiously awaited the results after opening week on iTunes. At midnight, we checked the weekly Christmas charts. We scrolled the entire top 200. Nothing. We got ready for bed accepting that the album had been a flop. Suddenly, I got a call from my producer, saying, ‘Check the charts! They updated late!’ Not only were we No. 3 on the holiday charts, we also got No. 9 on the overall music charts!”

Wish Upon a Star “Every time a birthday rolls around, I think, ‘How many more years until I’m not funny?’ If I can keep making people laugh when I’m 82…wish granted.”

Starry-Eyed “Jerry Seinfeld’s comedy is relatable, his timing is perfect, and his act is clean. I saw his show live when he came to Florida, and I was shocked to find myself getting emotional when he walked out on stage. Nicole and I laughed pretty hard at me for that!”

Zodiac “Pisces. I don’t know a lot about zodiac signs but I believe artistic and musical are both attributes of a Pisces. Also, I can breathe underwater.”