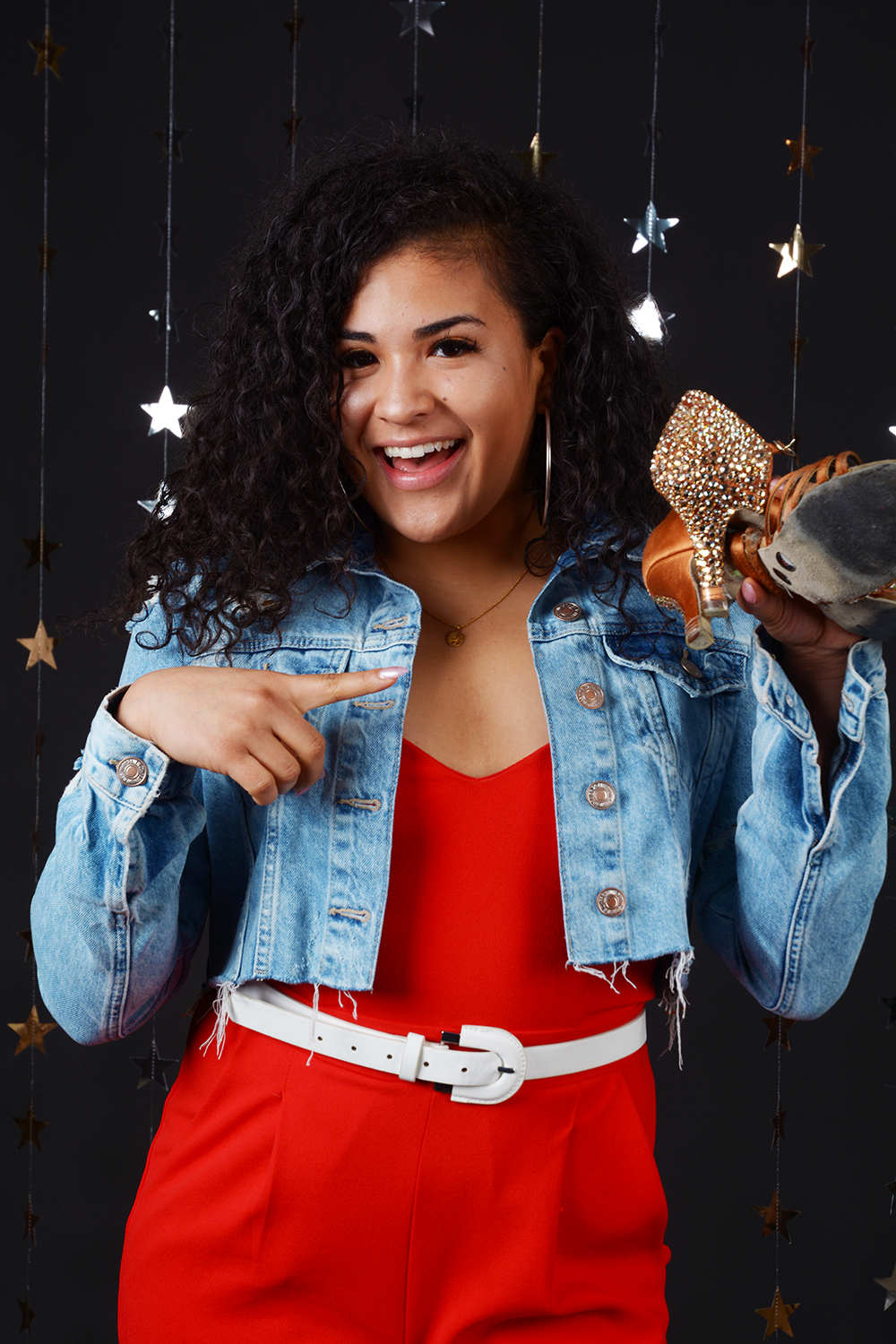 Stephanie began busting a move at age 7 at Center Stage Performing Arts Studio. Later, she took her fancy feet to Season 16 of “So You Think You Can Dance.” She and her brother Ezra were the first siblings ever to dance in the top 10 for SYTYCD. Stephanie also plays an ensemble dancer in “High School Musical: The Musical: The Series” and is currently filming for season two of the Disney+ series. Stephanie is proud to be a Latina performer and wants to show other girls they can achieve their dreams.

Written in the Stars “I’m transitioning into doing more acting, especially with HSMTMTS. I want to become an actress who dances and sings.”

Shoot for the Stars “I actually auditioned for SYTYCD Season 15 and I made the top 20, but I didn’t make the show. So for the next year I worked really hard, trained and got fit. Then I came back the next year and made the top 10.”

Starry-Eyed “I would love to meet Gina Rodriguez from ‘Jane the Virgin.’ Everyone tells me I look like her and act like her.”

A Star is Born “All the girls in LA looked like very typical dancers: skinny, blonde, blue-eyed. It was hard to believe I could actually achieve these goals while being a minority. But the moment I started believing in myself was the moment everything clicked and I was able to do things I didn’t think I’d be able to.”

Lucky Star “On the first season of HSMTMTS, I got some lines, which never happens for a dancer.”

Zodiac “I’m 100 percent a Virgo. Hardworking. Overthinking. I love being outdoors. I’m a perfectionist. Hard on myself. Yeah, I’m all of those.”