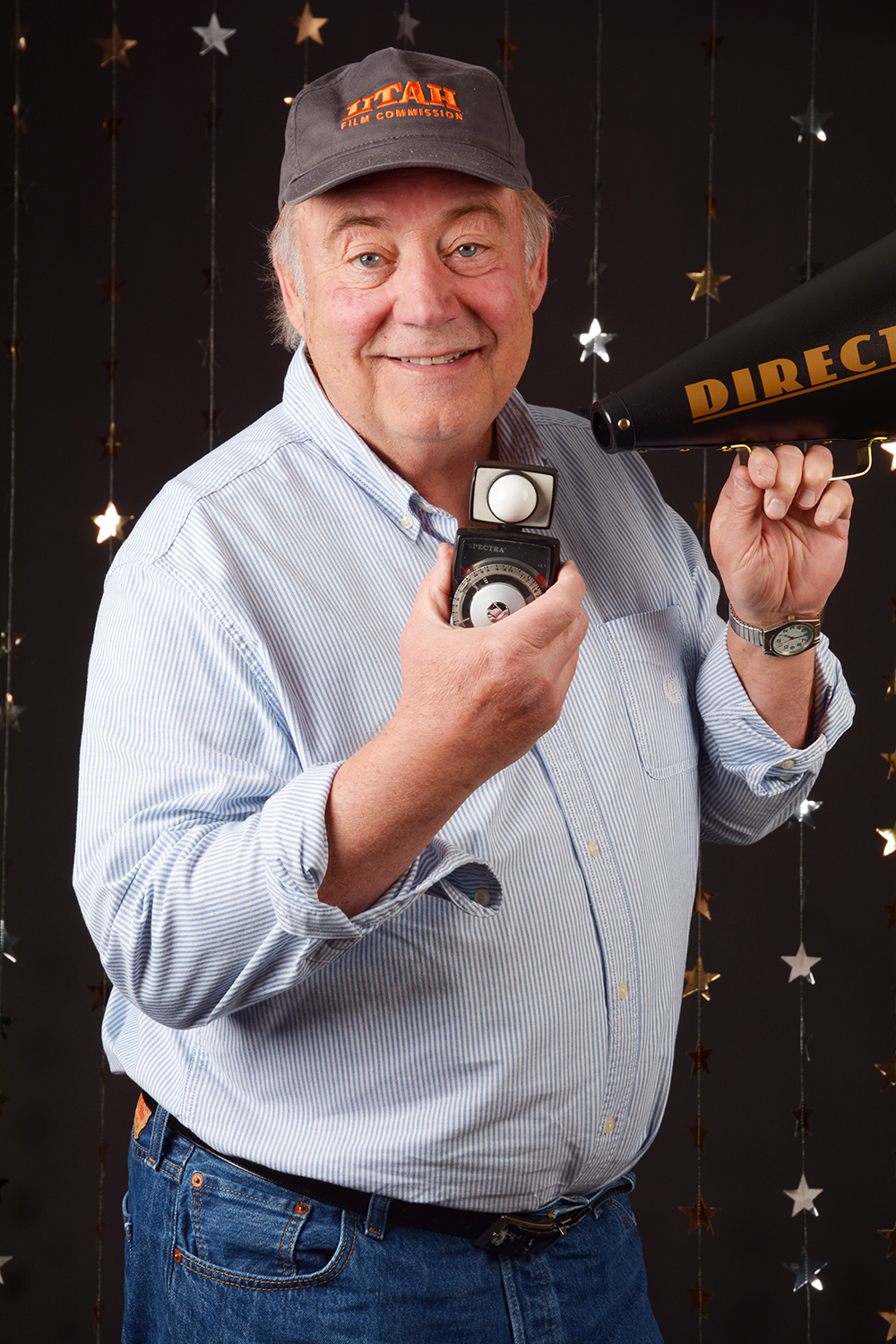 T.C. Christensen is the most well-known Utah director of this generation. Throughout his 40 years of filmmaking, T.C. has worked on dozens of film projects, mostly as a writer, director and cinematographer. His name is behind film titles like “17 Miracles,” “Ephraim’s Rescue,” and “The Cokeville Miracle.” Most recently, T.C. wrote and directed “The Fighting Preacher,” which is a new personal favorite. He calls his home the “Christensen Compound” and both his children live nearby. T.C. also enjoys playing tennis and pickleball at his court next door.

Shoot for the Stars “I have always wanted to make my own feature films. I worked most of my career as a director of photography. Then just 10 years ago I started making films I want to make.”

Out of This World “The riskiest thing I’ve ever done was making my own feature films.”

Wish Upon a Star “I wish for unlimited bags of potato chips.”

A Star is Born “The first day ‘17 Miracles’ hit theaters, I went to see if anyone was there. I had no way of knowing if people would spend $8 and come. The first screening I went to was in Layton at 2 p.m. and it was about 70 percent full. I sat in the front and watched the audience for their reaction. There’s a point in the film where we show that after the handicapped guy, Albert, has died he comes back with his full body and helps push a handcart. The people behind me didn’t just tear up, they began sobbing with joy.”

Lucky Star “Every day I wake up and figure out I’m not dead.”