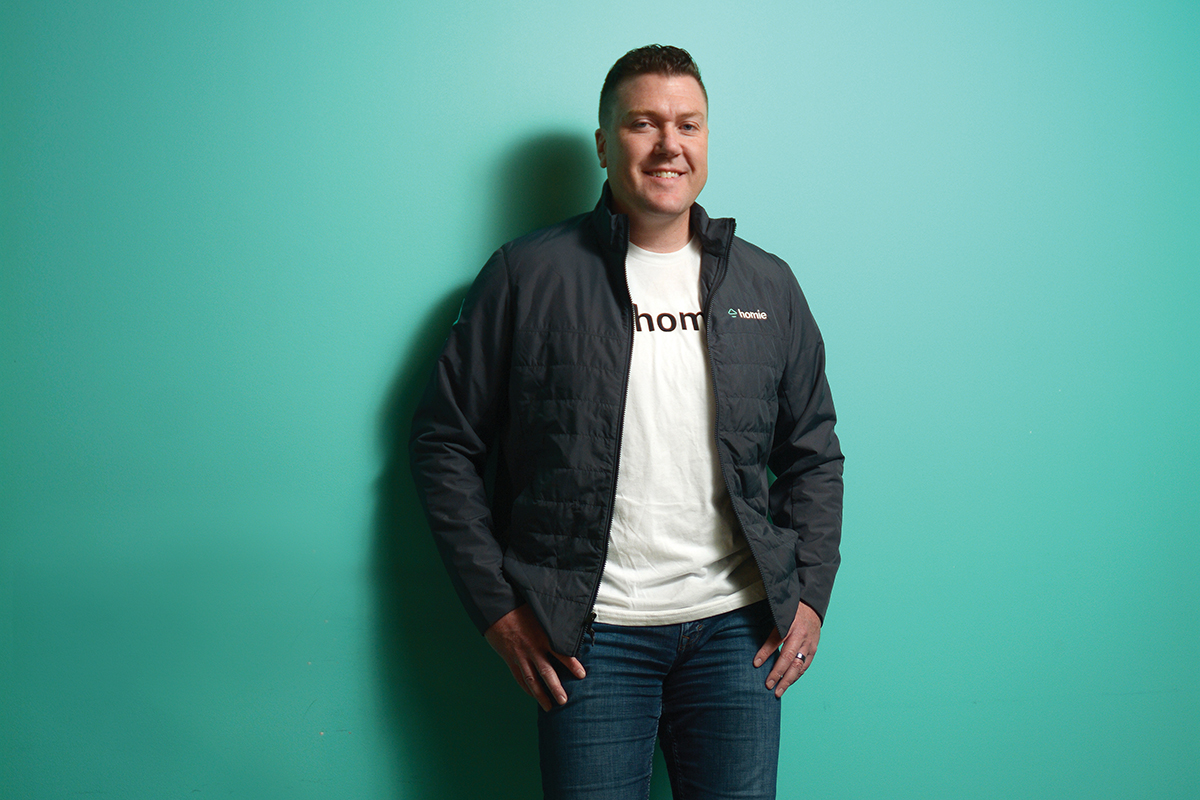 HOUSEHOLD NAME Johnny Hanna is no stranger to real estate revolutions. He was the co-founder of Property Solutions (now Entrata), which changed the rental management landscape. And today he is the co-founder of Homie, which is changing and challenging the way we buy and sell real estate. Central to Hanna’s success has been a reliance on core values. At each company, Hanna worked closely with team members to develop values that resonate and uplift (you can read Homie’s values in the sidebar above). “Having a good work environment and culture is the most important thing you can do,” Hanna says. “And shared values are more important than any ping pong table could ever be.”

On the Move, Yo

You’ve seen the billboards. You’ve chuckled at the slogans.

Remember “Avoid the sins of commission”? Or how about “Keep the equity, you filthy animal”? Or there’s always this gem: “Best thing since 2-hour church.”

Regardless of which rectangle revved your engines, one thing is certain: When it comes to the real estate traditions of the past, Homie don’t play that.

For Sale by Entrepreneur

On his last day at Lehi-based Entrata in 2015, co-founder Johnny Hanna got a call from Mike Peregrina. He heard Hanna was leaving and had a new business proposition for him: Revolutionize the real estate industry for buyers and sellers.

“During the last housing crash, Mike had gotten burned by bad advice from industry pros,” says Hanna, who lives in Orem. “He lost everything, and he felt misled by the very people who were supposed to be the experts.”

Hanna was intrigued — and could relate.

But what sold Hanna on the spot? The name.

“I call people ‘homie’ all the time — in texts, in life, in birthday messages. It really just sealed the deal for me,” he says. “I told Mike that day I didn’t care what the business was, if he named it ‘Homie,’ I was in.”

So co-founders Hanna, Peregrina and Mike Trionfo (the latter two affectionately known as Mike P. and Mike T. around the office) banded together to create Homie.

The premise? With modern technology and licensed agents, Homie charges a flat fee (as opposed to a sale price percentage) that is only paid when the house sells. On average, Homie says it saves its sellers $10,000.

As you might expect, traditional realtors aren’t super jazzed about this new neighbor in town. In fact, it’s been anything but homey going up against one of the most established industries in the books.

“The real estate industry is a powerful lobbyist — they donate more to political campaigns than any other lobby group in the nation,” Hanna says. “We’ve had so many people come up to us and say, ‘You’re taking on the real estate cartel? Whoa!’ Anytime you hear the word ‘cartel’ you know you’re in for a challenge.”

Homie has faced intense backlash from realtors, politicians and even some of the public. But the company has faced that backlash head on with aggressive marketing, a focus on education and resounding results.

“The backlash can be discouraging, but we’ve bonded as a company because of it,” says Hanna. who serves as CEO. “Backlash can also be pretty fun when happy customers jump in and totally have your back.”

In the four years since it launched, Homie has grown to be the largest residential real estate office in Utah, and they have expanded their services to offer loan, title and insurance options (with more offerings to come).

They have moved into the Phoenix and Las Vegas markets — with plans to eventually go national. They have 250 employees. And they just announced a funding round of $23 million.

“We’ve grown because our model works,” Hanna says. “There was recently a study done at BYU that showed we sell homes, on average, eight days faster than the average agent and for 1.2 percent more money — and that’s not even accounting for our lower fee! If anything we should be charging more than a traditional realtor. But we won’t. Our low price is the key to disrupting this industry.”

Love ’em or resent ’em, that’s the stuff of headlines right there.

“I used to try to appear on the top of my game — especially in front of employees. I tried to control their perception of me. I’m done with that. It’s caused me pain. We had a company meeting recently where I was vulnerable about my struggles and mental health, And afterward they applauded. One voice in my head said it was just because I was the boss. The other voice — the right voice — told me they were validating me. I got so emotional. I felt heard. After that meeting, several employees shared their own struggles. I was shocked by the response. We all crave authenticity, And it needs to start with us leaders. I promise you that an open, healthy dialogue around mental health will benefit our companies in the long run.”