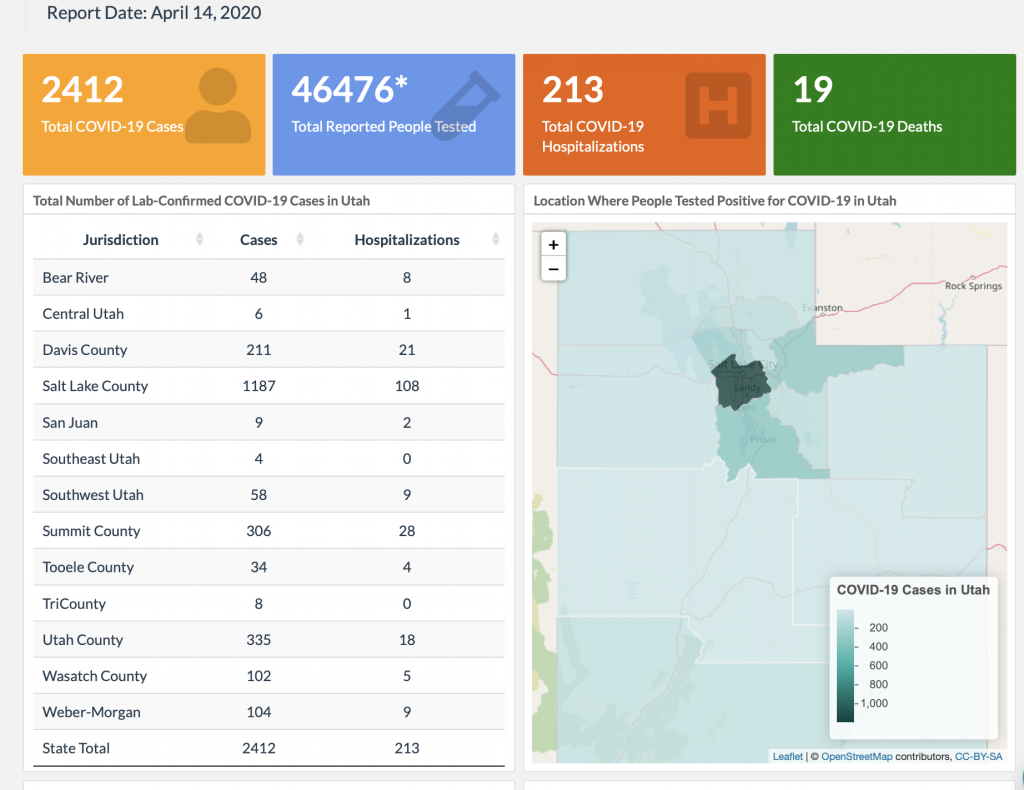 The big news today was not surprising, but it was sad for seniors (and many parents) statewide as Gov. Gary Herbert announced that schools would remain closed through the end of the school year. This comes on the heels of a steep decline in the rate of new cases, with only a 2 percent growth rate of COVID-19 positive results. Also, the Utah Valley Hospital administrator tells Utah Valley Magazine that his hospital feels more like a ghost town than the front lines of a pandemic, with only 18 hospitalizations county-wide related to COVID-19.

School’s Still Out, Scream And Shout

Gov. Herbert announced today (Tuesday) that the “soft closure” of our classrooms that he launched on March 13, 2020, continues through the end of the school year. Cheers, groans and support ensued online immediately. Herbert said he consulted at length with Sydnee Dickson, state Superintendent of Schools, and with Mark Huntsman, the State School Board president. “In order to slow the spread and get back on our feet economically and socially, we need to extend the soft closure of our school year. It’s hard. It’s disruptive. It impacts parents and families, but we want learning to continue,” he said. The “soft closure” refers to the fact that schools remain open for students to grab lunches, and learning is continuing but is happening through distance learning methods.

On Tuesday, April 14, 2020, Utah reported 49 new cases of COVID-19, bringing our cumulative total to 2,412. This is a 2 percent growth rate based on 46,476 tests administered. Strangely, there were only 689 tests reported today even though the state capacity for testing is well over 4,000 daily. Unfortunately, the state reported 12 new hospitalizations, for a total of 213 since the pandemic began. Utah also logged its 19th death, which was a Utah County male who was immunocompromised and passed away in a hospital. He was an “older adult less than 60 years old” who was not related to any long-term care facility discussed in earlier press conferences, said Epidemiologist Dr. Angela Dunn.

Dr. Dunn was asked today about the death counts and whether these deaths were truly caused by COVID-19 or if perhaps people died from other causes even though they tested positive. “Most of our deaths have had underlying conditions that make them at a higher risk for having severe consequences due to COVID-19,” Dr. Dunn said. “But without COVID-19, they would not have died — so the virus is a contributing factor to their death.”

Once again, state leaders are asking anyone with even MILD symptoms to get tested. If you’ve been turned away, Lieutenant Governor Spencer Cox asked for you to email coronavirus@utah.gov with details on who turned you down. (Heads are gonna roll and swabs are gonna swab! )

Dr. Dunn reported that the state’s Hispanic population is bearing a larger burden of the virus. She said 28 percent of our state’s cases identify as Hispanic, while they only represent 14 percent of the state’s population. She said the social distancing and work-from-home recommendations are preferential to those with higher-socioeconomic status. She also said a more complete data set would be out on the website later this week: coronavirus.utah.gov.

Utah County has had 18 total hospitalizations during the pandemic, with the majority of those being treated at Utah Valley Hospital. But this number of hospitalizations is far from overwhelming the local hospitals. Administrator Kyle Hansen described the current vibe of the hospital as a “ghost town,” largely because of the restrictions of visitors which has been challenging for everyone involved. Visit the Utah Valley Magazine YouTube channel for the full interview with Kyle Hansen.

Although Utah Valley Hospital hasn’t seen the surge that it is preparing for, it does have a thorough plan and system for treating both COVID-19 patients and everyone else needing care. The hospital uses the acronym PUI (Patients Under Investigation) to identify those who have been tested but don’t have results. The hospital tracks this information hourly. “I’ve been surprised that the majority of the people we’ve had in PUI status have been ruled out as having COVID-19 and yet they are sick enough to be in a hospital setting,” Kyle said.

As the administrator of Utah Valley Hospital, Kyle said the slower patient count has allowed them to work on surge plans and to work on retraining staff, nurses, physicians to expand their skillset and prepare for additional roles. “The runway we’ve had as volumes have been relatively low has been a blessing for us to practice and model and train for a surge if we were to have one,” he said.

Although supply chains have been a hot topic around the state, nation and world, Intermountain has a solid supply chain — and Utah Valley Hospital has received tremendous community support such as donations of supplies from local nursing programs. He said they have come up with innovative ways to re-use N-95 masks so they can lengthen out their supplies. Swabs used for testing have previously been in short supply, but he said they are now testing using one swab instead of two. The same swabs have been used for tests other than COVID-19, but he said his team has been judicious in their use of swabs and protected the supplies.

Kyle used the “humbling” to describe the individuals and organizations that have been generous. Companies such as 97th Floor have worked with local restaurants to donate food to the healthcare workers.

How Can You Help?

Kyle pointed to the Project Protect initiative to encourage people to be part of the solution by preparing medical-grade supplies.

The ER Will See You Now

Kyle said the Emergency Room at Utah Valley. Hospital is about half as busy as normal, and he wants the community to know they protect patients and give them the care they need in a separate environment from those experiencing corona-like symptoms. “We don’t want someone avoiding care and having a worsening of symptoms because they chose not to get the care they need during this time,” he said.

There’s a Price to Pay

Back to the school closure … Superintendent Dickson acknowledged that gaps in learning have occurred, particularly for those who were already vulnerable for academic failure such as those learning English as a second language and those who live in conditions of poverty. Dickson acknowledged that many schools are planning virtual graduations, and she specifically asked students to get creative and let their administrators know their ideas for how to celebrate this milestone with safety and excitement.

As Superintendent Dickson acknowledged the difficulties of grading and graduating, she said the mantra is “Do No Harm.” She talked of options for pass/incomplete instead of pass/fail. She talked about teachers using a previous semester grade if it was higher than the one earned in this chaotic semester. She encouraged teachers to “go easy” on students and realize the stress of this time.

Gov. Herbert said as soon as perhaps tomorrow he would reveal a “Utah Leads Together 2.0” plan, driven by data and with ideas and a timeline to let the marketplace open and thrive. “Stay tuned,” he said. “The good thing is that we already have a plan.”

Q Awards Contributor Of The Year: Heather Kahlert, The Kahlert Foundation Next post 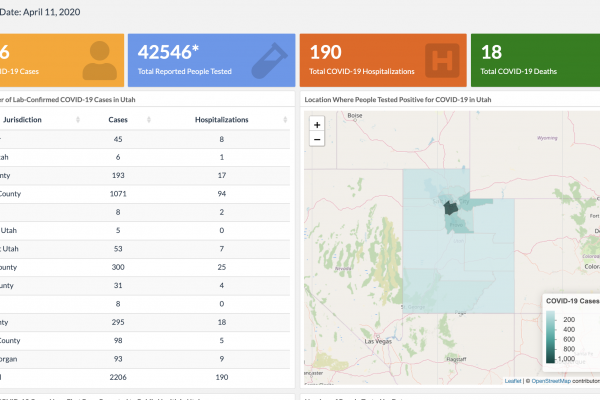