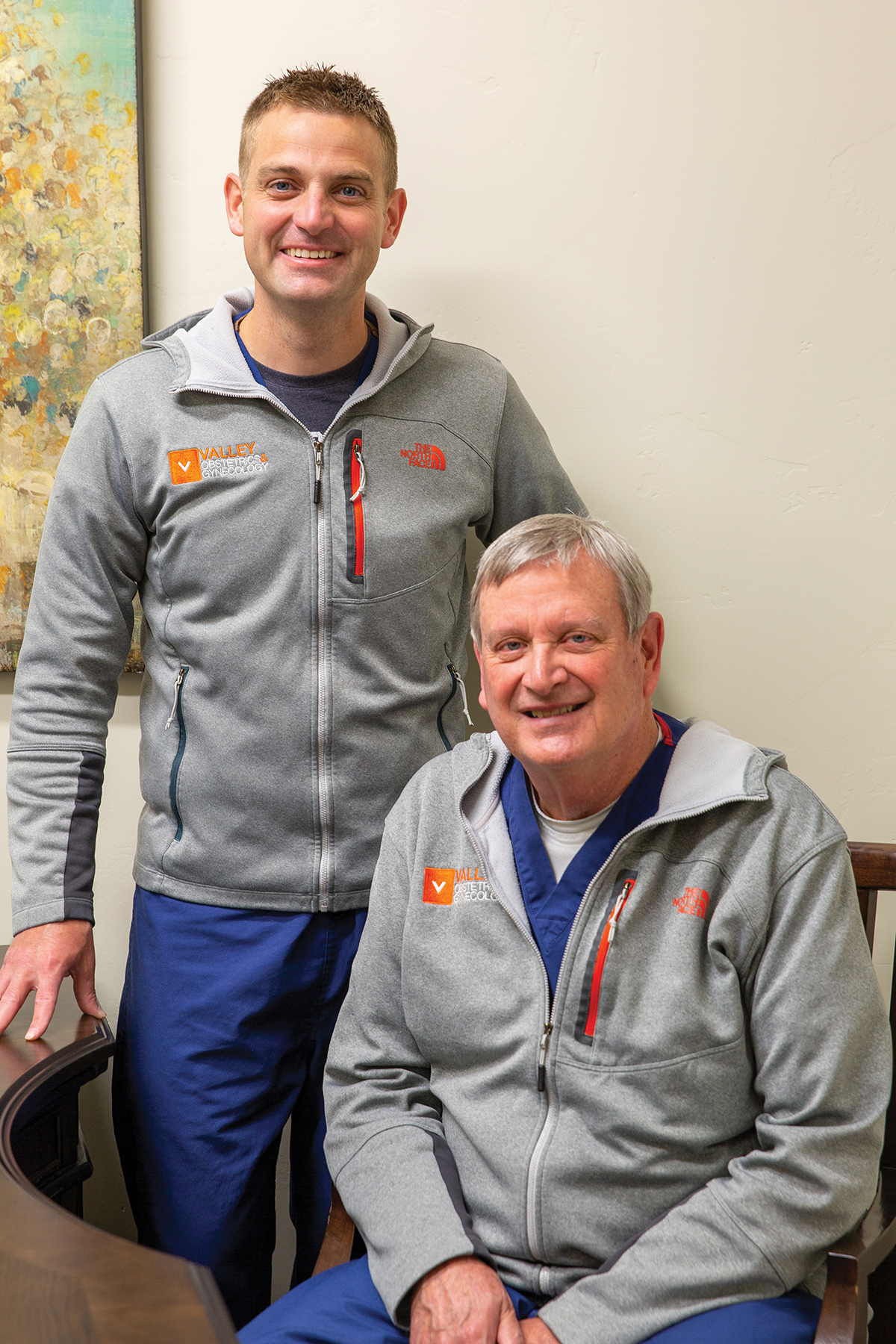 From the Valley Women’s Health office in Springville, the Nance father-son team cares for patients alongside a staff of friends and family members.

The Nance family has been watching family trees grow for three generations.

“Every other field of medicine centers around illness. But with obstetrics, it’s unique. To deliver is one thing, but to know them and take care of them for an extended period of time is an incredible experience between the patient and the physician,” says Dr. Jeff Nance, third generation OB/GYN in Springville.

In 1955, the late Dr. James Nance started his practice on 400 South in Springville. His son Steven followed in his father’s footsteps and became an OB/GYN in 1983 and joined the practice after studying at the University of Utah. After his father’s passing in 1993, Steven and his dentist brother, Dr. David Nance, worked out of their father’s original office, seeing patients with pregnancies or cavities. When Steven’s son Jeff finished his residency in 2016, the father-son team started seeing patients from a new office together under the umbrella of Valley Women’s Health.

“I don’t know if you’ll meet a partnership with better communication,” Jeff says. “Throughout the day we’re always touching base. I’m with my father as much as my wife. He worked 33 years without a true partner, so now I’m happy to help take calls in the night and on a weekend.”

Having two doctors with the same last name can be confusing, but those they work with have found nicknames.

“Usually our patients call me Dr. Nance because I’m the old one and they call him Dr. Jeff. When I was working with my dad, he was Dr. Nance and I was Dr. Steve,” Steven says. “Sometimes the nurses in the hospital call me Papa Nance and call him Baby Nance.”

Both Steven and Jeff were inspired by their own father’s career path.

“My father and grandfather opened my eyes to the joy that comes from this profession. Even with the unpredictable hours, my dad always made it look so enjoyable,” Jeff says.

Some of Steven’s most memorable deliveries are of his own posterity. His two youngest children were born after he started practicing, so he delivered them himself.

“You get attached to your patients, but there’s nothing like delivering a grandchild or a child,” Steven says.

Steven has five sons and one daughter and Jeff has five daughters and one son.

Jeff asked his dad to deliver his two youngest children.

“I wanted to be the dad and hold my baby instead of worrying about delivering the placenta,” Jeff says.

Growing up, Jeff watched both his father and grandfather make sacrifices.

“Now I experience that same thing, leaving at all hours of the night. I understand what he went through all those years,” Jeff says.

Best Of Utah Valley: Best Companies to Work For Next post