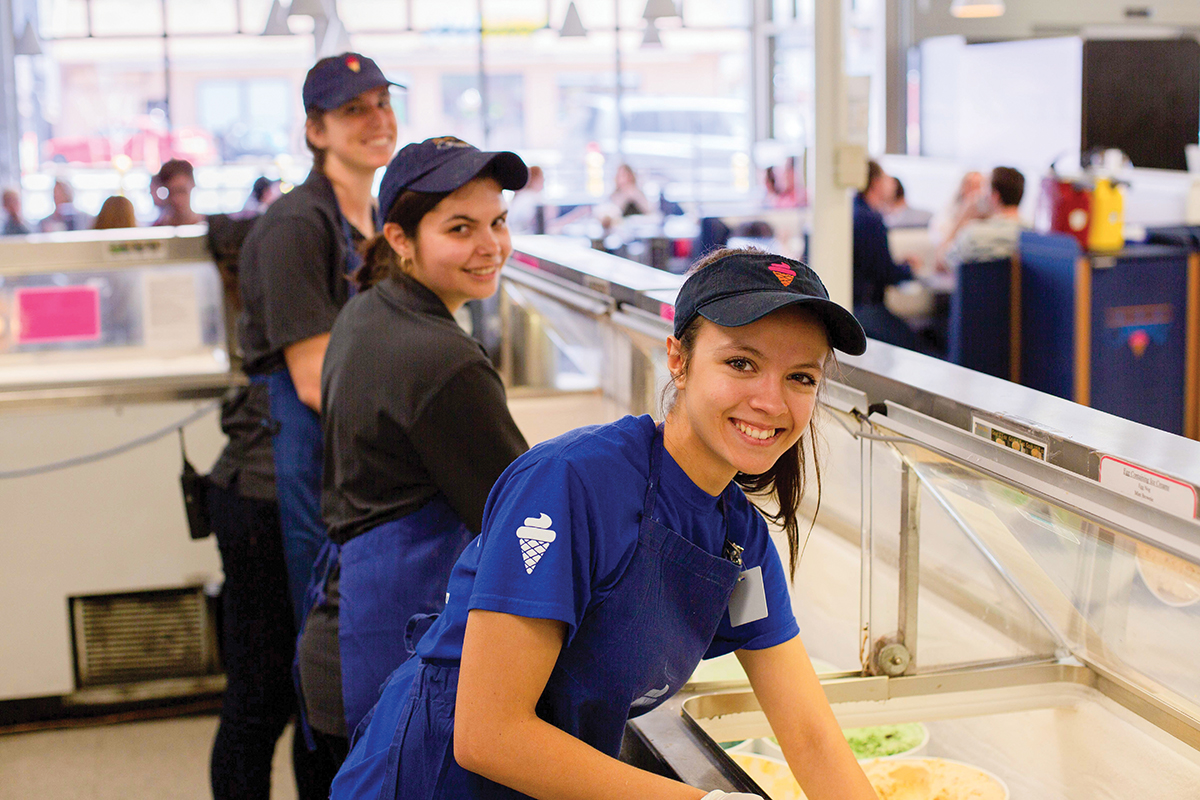 BYU Creamery represents more than an affordable scoop. To current students, it might mean a first date and break from studying. To alumni it represents the time of life when they found themselves and their life-long favorite flavor. To community members, it’s the spot to celebrate or mourn after a basketball game.

“It’s the place where you can make connections. You see roommates or FHE groups coming in. It’s a community destination. When the temples are open you see youth groups doing baptisms and then they come in to finish the activity. It’s a place for both campus and community. We tie Provo and BYU together at the Creamery,” says department secretary for BYU Dining Services Wallis Rothlisberger, who spent hours serving BYU Creamery patrons as a college student.

Here’s the scoop on 10 tidbits you might not have known about the ice cream voted No. 1 by Utah Valley Magazine readers.

The Origins of the Orem All-Together Playground Next post