The Origins of the Orem All-Together Playground 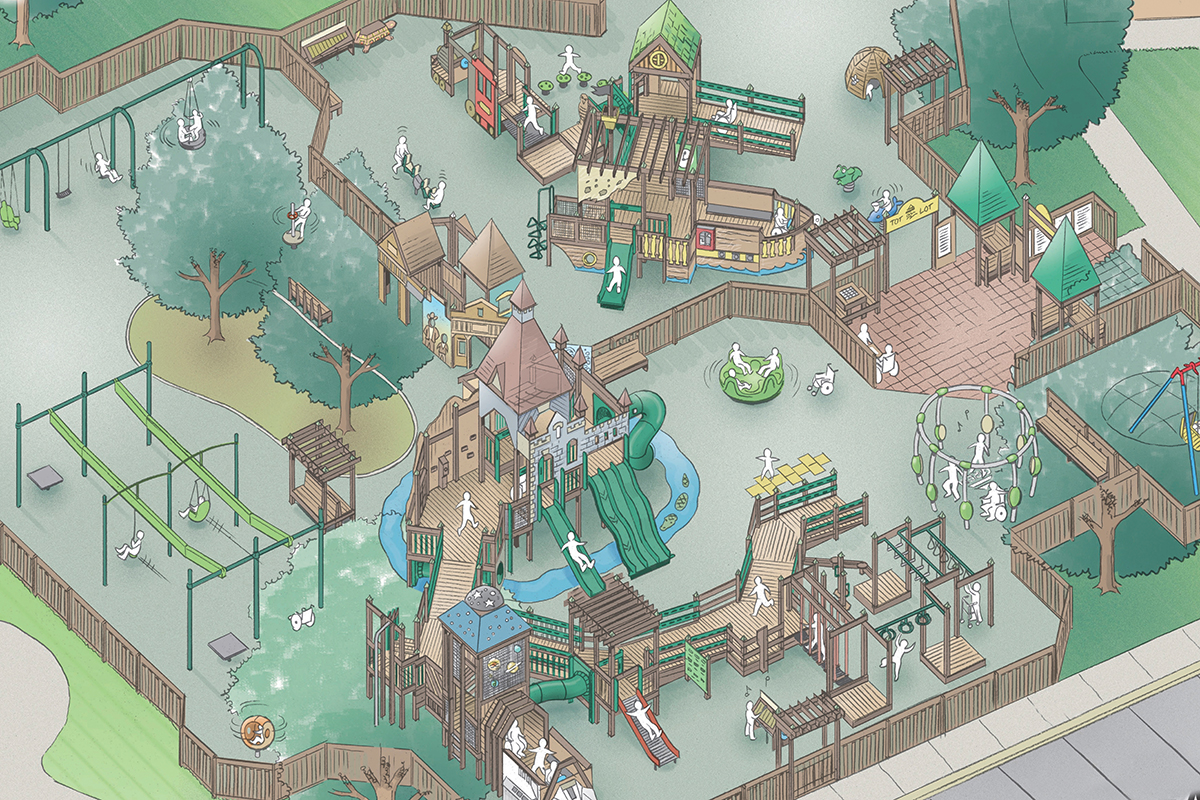 It all began with a Facebook post. In January 2016, Orem City announced it had grant money to use on their residents. Orem mothers Mindy Gleason and Katrina Bleyl each have a daughter who uses a wheelchair and saw a need not being met in the community: An outdoor park for all children, with no exceptions or limitations.

So, when Mindy and Katrina made the suggestion, Orem wanted to hear more.

“When we gave the presentation, there wasn’t a dry eye in the room,” says Mindy, mother of two. “They told us they didn’t know this was a need until we brought it to them.’”

The planning commenced with Katrina and Mindy at the head. It didn’t take long to realize the project would need more funds, more hands and more brains. Donations poured in from friends and businesses, while tools were donated by Marc and Kyle Cundy Leathers of Leathers & Associates. Finding volunteers was the easy part — 4,100 signed up. The planning was primarily done by students from local elementary schools to create the picture-perfect playground, including Mindy’s daughter Presley (age 11) and Katrina’s daughter Brinley (age 12).

“To tell the kids, ‘This is your idea. You’re making this happen’ was incredible, and they took pride and ownership in the project,” Katrina says.

To thank the girls who inspired the project, Brinley and Presley’s main wishes were implemented into the playground and named after them: Presley’s Swing and Brinley’s Castle.

Utah County welcomed its first all-abilities playground in September of 2016 and averages 1,000 attendees a day (pre-COVID). The project features a cushioned surface and ramps for wheelchair access, a wheelchair swing, and a sensory section for kids who get overstimulated.

“It’s important for my daughter who is in a chair, but it’s also important for my 9-year-old daughter, Charlotte, who doesn’t use a wheelchair,” Mindy says. “I want her to see friends with all types of needs. I don’t want her to look down on them as different, but I want her to play with them. That is what the All-Together Playground does.”

“It has changed the whole dialogue of the answer to the question: ‘What are community spaces and how can we serve the underserved?’” Steven says.

Two moms changed the world with one underdog swing.

5 Tips for Lawn Care from Stewarts Lawn Next post