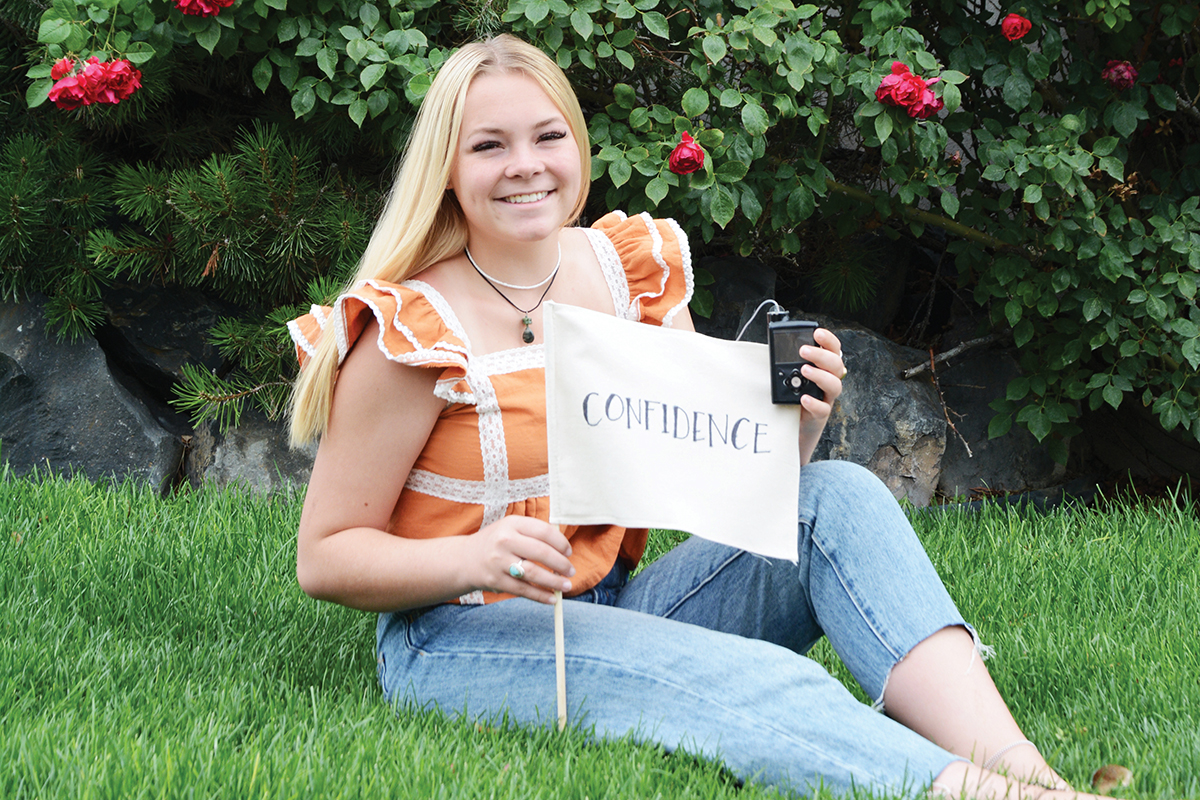 This fall, Sydney will attend Southern Utah University with a fellowship from the Michael O. Leavitt Center for Politics and Public Service, majoring in political science and minoring in vocal performance.

For Sydney Glass, the easiest part about pageants is choosing a platform. At age 3, Sydney was diagnosed with Type 1 Diabetes, and 10 years later she started fundraising and raising awareness about T1D. She became an ambassador through the Juvenile Diabetes Research Foundation and speaks at events and on social media.

By the time she started doing pageants as a high school freshman, her platform was already built. In fact, at the first pageant she ever competed in, she won the platform category. And in July, Sydney was crowned Miss Eagle Mountain.

In 2017, Sydney traveled to Washington, D.C., as the Utah delegate for the Children’s Congress hosted by the JDRF to talk to senators about life with diabetes and how funding makes a difference. She also regularly talks to local senators about policies and annually sends a proposal to the governor’s office asking to renew November as Type 1 Diabetes Awareness Month.

“For me, being able to help other people — like fundraising and going to diabetes events — helped me like my diabetes more because it made me feel different in a good way,” she says.

In February, she was invited to testify on Capitol Hill in Salt Lake City in favor of a bill to place a cap on the copay for insulin in Utah. Sydney needs two to three vials of insulin a month, and the Glass family was paying about $300 per vial. That cost — in addition to the other diabetes supplies — created a large financial commitment for her family.

“It was like paying for a second mortgage every month just to keep her alive every day,” says Stephanee Glass, Sydney’s mom.

So Sydney eagerly took the stand to speak about how the high prices have affected her life.

“I decided to just be real with them. So I said, ‘Look, I’m going to school in the fall. Already, school’s so expensive, so the thought of having to pay for all these diabetes supplies on top of that freaks me out. Some people can’t do both of those. A change needs to be made,’” she says.

The bill was passed in March, so now the Glass family and all other insured families in Utah will pay no more than $30 a month for insulin.

Sydney also runs a Facebook page called “The Glass Sneakers.” She shares signs and symptoms of diabetes, links to articles, and life updates. Her page provides hope and connection.

“Sometimes people come up to me and say, ‘We know your story and we just look up to you so much. Thank you for sharing.’ That has helped me realize people actually need to hear the things I tell them,” she says.

Also a part of her advocate to-do list is visiting newly diagnosed kids, talking with them, showing them that a normal life is possible.

At a Miss Utah pageant, she once was asked the question, “What would you tell your former self?” She answered, “It’s OK to feel different. It’s OK to have diabetes and have bad days. But you were given this because you are going to change people’s lives.’”

And she gives the same advice to newly-diagnosed little girls. Basically, be confident.

“Being diabetic has brought out a lot of my character and helped me find things I enjoy doing. And so I don’t think I would change it if I could,” she says.

Growing up with diabetes, Sydney Glass learned how to be genuinely confident and unashamed.

“I used to be really self-conscious about my body and what people thought of me,” she says. “In high school I realized that people don’t know I’m uncomfortable. So if I just pretend like I’m not, and I am just myself, it draws people to me. So I’m going to be myself because it’s too exhausting to try and be like everybody else.”

Sydney wants to be an example to other young kids with diabetes, so whenever she competes in pageants or speaks at events, she tries to make her insulin pump visible.

“So if there are little kids watching — maybe they do or don’t have diabetes — they see that she’s not afraid to show her disease,” says Sydney’s mom, Stephanee Glass.

Opportunity Knocking: Waving the Flag of Hope Next post