Girl power in Utah is not new — it’s in the Beehive’s DNA. Here are five snapshots of five fabulous players in Utah’s female history. 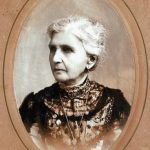 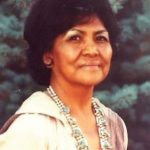 Shoshone tribal historian and Utah native, Mae Timbimboo Parry was a storyteller at heart. She recorded tales from every side, focusing on storylines that would teach future generations. This tribal historian wanted the Native American voice to be heard inside and out of history classes. Mae also worked for the White House council for Indian Tribal Affairs where she coordinated federal programs that would benefit her tribe and others. In 1986 at age 67, Mae was awarded the “Utah Honorary Mother of the Year.” 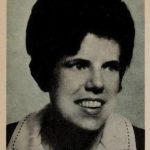 A poet and novelist, Emma Lou Thayne is the author of several works, including “Where Can I Turn for Peace,” a collection of poetry called “Spaces in the Sage,” the novel “Never Past The Gate,” and many more. Emma Lou was a graduate from the University of Utah, a tennis coach, a member of the board of directors for the Deseret News, a wife to Mel Thayne, and mother to five daughters. 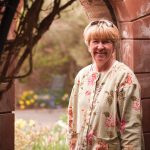 Known for her service and philanthropy throughout Utah Valley and beyond, Karen Ashton is always looking for ways to help the community bloom. Karen and her husband, Alan, built Thanksgiving Point with the desire to create an educational wonderland of museums, gardens, butterfly pavilions and more. Karen also founded the world-famous “Timpanogos Storytelling Festival.” Karen has sat on boards for Orem City Library, Utah Valley University Board of Trustees, Primary Children’s Medical Board, and The Church of Jesus Christ of Latter-day Saints. 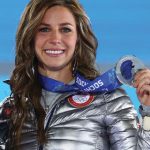 Perhaps no other Olympian has had a more enthusiastic response to winning a medal than Noelle Pikus-Pace. This UVU alum earned the silver medal in Skeleton during the 2014 Winter Olympics in Sochi. While at UVU, Noelle broke the high-jump record and became first team All-American.

To geek out on more women’s history in our female-famous state, visit betterdays2020.com.