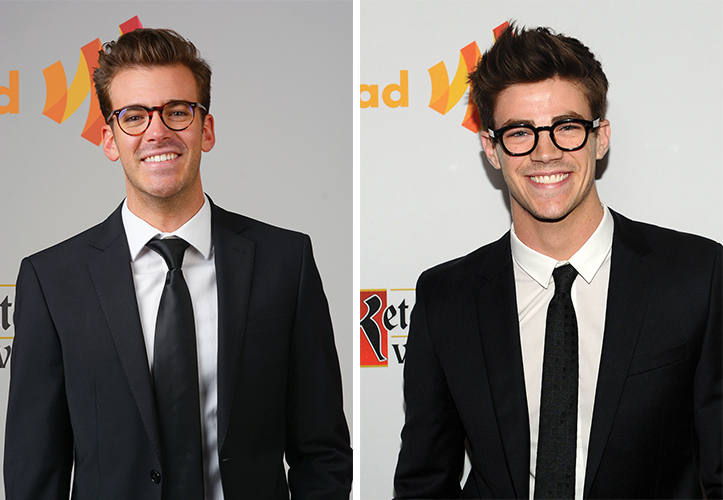 UV: When did people start saying you resemble the character Barry Allen from “The Flash”?

It started when I was a sophomore in high school after I got my braces off. A lot of people notice it and send me screenshots. I take it as a compliment because at least no one is telling me I look like Voldemort.

UV: What are some fun experiences you have had as a celebrity lookalike?

I was on a date at Costa Vida in Salt Lake during the Comic Con convention, and a lady came up to me gushing and saying she knew I was such a down-to-earth actor because I was eating at Costa Vida. My date was confused and we laughed about it after. Once after speaking in church, a dad came up to me and asked me to take a picture with his son who was a big fan of the TV show. Another time, I was buying something at the Outlets at Traverse Mountain and they asked for my address. The employee was shocked I didn’t give him a Los Angeles address because he was convinced I was the guy from “The Flash.” Also, just last week a UPS driver asked to take a selfie with me and made me show him my license to prove I wasn’t the actor.

UV: Do you share any similarities with your lookalike other than looks?

We are both pretty tall and wear glasses. I have had mine since 2nd grade!

UV: If you could live your lookalike’s life for a day, what would you do?

I love cars, so it would be fun to go to some crazy exotic car dealership and pick something up.

Who is Grant Gustin: Grant Gustin is an actor who is best known for playing superhero Barry Allen on the CW TV show “The Flash.”

20 Restaurants Older Than Utah Valley Magazine: Raise your fork to the eateries that have lasted two decades or longer Previous post