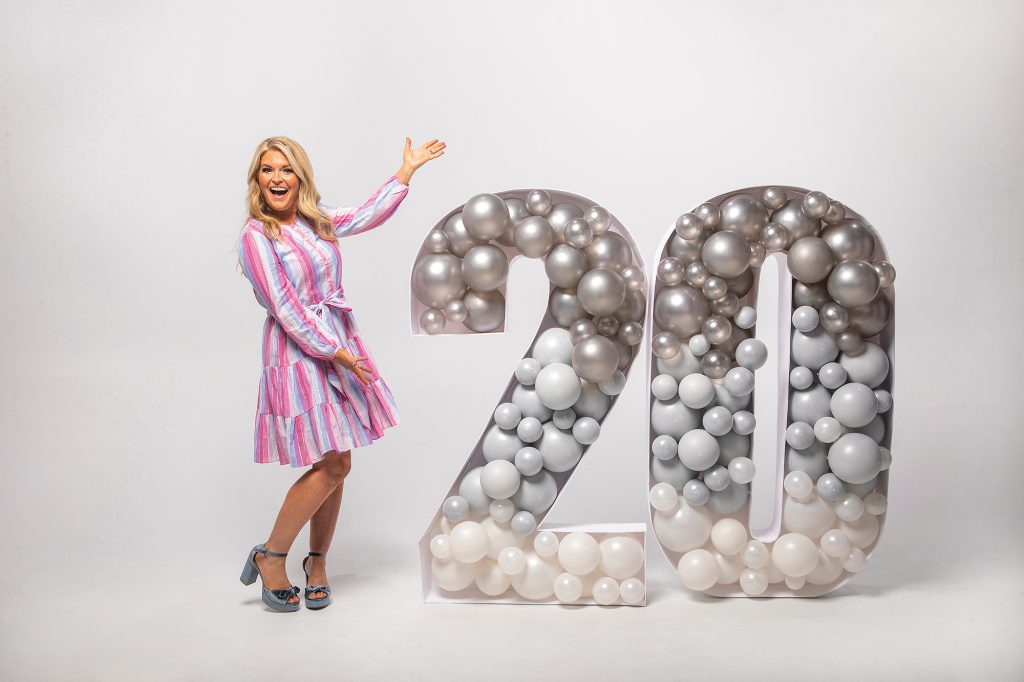 Founder Jeanette Bennett was 25 years old and a mother of two when the first issue of Utah Valley Magazine rolled off the printer in September 2000. Now 120 issues later (plus three more children),  it’s time to tell the back stories of the cover stories.

While it’s often just my photo on the Editor’s Letter page, the only reason Utah Valley Magazine has stayed in business for 20 years is because of my incredible staff. My husband and I worked out of our home for the first two years, while our ads were being sold by Kendall and Roxanne Bennett out of their home and cars (Kendall is Matt’s brother). In 2002, we got our first office and our first hourly employee. Since then, we’ve had nearly 75 staff members who have written, designed, sold and organized for us. We invited everyone we could track down to a 20th anniversary party in our backyard. Some who couldn’t come emailed their favorite memories of being at the “BC,” which lovingly stands for Bennett Communications. These are my people.

The year 2020 has given me incredible hindsight. Not only did a pandemic shut our offices, delay our production schedule and bring the kids home from school, but I was also given the gift of cancer earlier this year.

Just a few days before this magazine went to the printer, I was declared cancer free by my thyroid doctors at Huntsman Cancer Institute! All is well! But learning that my body is capable of growing tumors shifted my perspective.

And with that frame of mind, I arrived at the 20th anniversary of Utah Valley Magazine. I’m 45, so creating this magazine has occupied nearly half of my life. And as I look back at 120 issues and two decades, I am giddy about this community we’ve all created together. It’s more vibrant than I imagined when we sold our first home to print the first issue and I wore white nylons and white heels for my first editor’s photo.

Both times, I lost sleep.

Both times I brainstormed what I would do when the modest amount of money ran out.

And both times, I concluded I wasn’t ready to walk away from a project I created when I was a young mom trying to utilize my BYU degrees in journalism while raising a family. And so … I’m still here, loving life and finding new stories to tell.

The tagline on the cover of every magazine for two decades has said, “For People Who Love The Valley.” That is my title, my job description and my life’s work up (other than raising those kids who’ve turned out to be decent at delivering magazines).

This 20th anniversary edition, which is full of people who love the valley, is like my life flashing before my eyes. And I want to let you, my kind-hearted readers, see through my eyes as well.

Thank you for supporting us by reading our glossy pages, sending story ideas, finding us online, buying copies at the grocery store, and purchasing advertising. I have long said that we vote with our dollars, but I also believe we vote with our hearts.

And I’m casting my ballot for Utah Valley. Again and again. Thanks for allowing me to live my dream and to share my 2020 hindsight — and foresight.