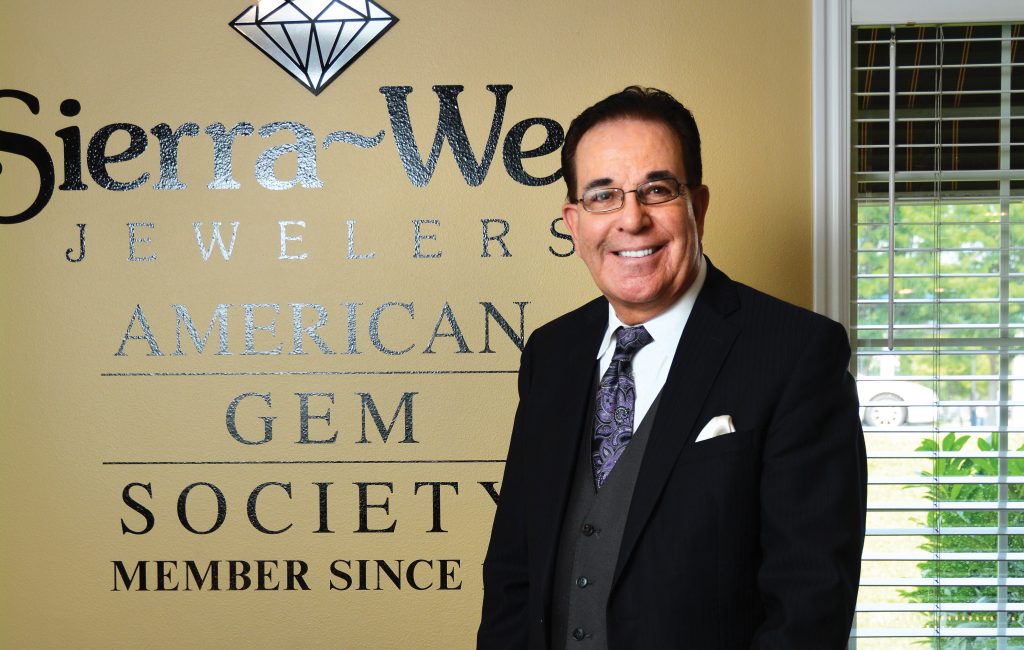 It’s as simple as that.

Well, it’s not quite that simple because what customers define as “the best possible customer service” is changing. And Sierra-West, under the direction of owner Tim Branscomb, has adapted throughout its four decades in business.

“What customers need is changing,” he says. “That’s why we have our own insurance that takes care of the valuables our clients already have. We also have the best warranty in the industry. Clients need more for their investment.”

Tim’s ability to see what the market will respond to and then deliver is one of the keys to his success.

Tim says a true entrepreneur has to visualize.

“I’m a dreamer,” he says. “The hard part is knowing which dreams to let go of. You have to know which ones are not going to work.”

Having vision is step one. Step two, which is a Rolex-sized leap past step one, is getting managers and staff to believe and pursue the same vision with the passion of an owner.

Tim’s solution is to have his executive team and sales associates help pick seven new ways to improve the company each year. It’s how the company has been able to adapt.

One thing he hasn’t had to change throughout his career is his upfront approach.

“The No. 1 thing is never playing games with employees or clients,” he says. “Pay them what you promised, even if it hurts. I once had to sell a piece of land to make payroll.”

At the end of the day, Tim — who is a self-proclaimed “hands-on” leader — measures his success by how he treats his employees and clients. He believes in not asking his staff to do anything he has not done, including cleaning the lunchroom, dropping off daily deposits and sorting the mail.

Clients are the lifeblood of Sierra-West. The company seeks to make each experience excellent. Sierra-West wants to be their clients’ jeweler for every life experience celebrated in a special way.

Jewelry stores start and stop in Utah County almost as often as restaurants.

Sierra-West has locations in Orem, Sandy, Murray, online at sierra-west.com and on Facebook.

Sixty percent of customers at the Orem location are college students, and Tim views them as future business owners and government leaders.

“We love our young couples who come in,” he says. “We know they become tomorrow’s couple coming in for a diamond upgrade at their tenth anniversary.”

Business can be all-consuming, Tim says, which can have negative consequences.

“We try to teach our people that if they have a happy home life and are healthy emotionally and physically, this will connect to their work life,” he says.

To find his own work/home balance, Tim has a policy of taking family calls at work. On the flip side he tries to avoid talking about work around his children.

In addition to a work-hard, play-hard mentality, Tim also emphasizes integrity at home and at work.

“Don’t guess on anything,” he says. “Don’t promise to get back to someone and not do it. Integrity is following up on something until you are done.”

Tim says, for example, that he will often work with someone over a three-year period who is interested in a $50,000 diamond. Following up without pestering is the key to customer service that leads to sales.

Fine craftsmanship is key, too. Sierra-West’s in-house gemologists create about 100 to 150 custom-designed rings a month — built specifically to a couple’s budget.

Tim and Sierra-West sell more investment diamonds than anyone in Utah. In 2014, Sierra-West Jewelers sold a blue diamond to an investor for $6 million. That diamond sold a few months later at an auction for $6.6 million.

For the past few years, gold and silver bullion coins have been popular — especially in uncertain financial markets. Diamonds continually prove to outperform other investments. Tim and his staff help clients with their next investments.

Tim is a devoted Stephen Covey-ite, implementing Covey’s language in his everyday business practices. Tim uses “win-win” and “seek to understand and then to be understood” as he describes his philosophies.

“The most important thing I can do as a business owner or as a father is to be a good listener,” he says. “Although, I’ll admit it’s hard to do when I think I already know the right answers.”

The jewelry store owner is both a fan and a former colleague of Covey, who passed away in 2012. In fact, when Covey appeared on “Oprah,” he showed Oprah his watch that included a compass, which Sierra-West had made for him through a Swiss Italian firm.

“I believe in Covey’s principle-centered leadership philosophies,” Tim says. “We need to know where our ‘true north’ is.”

Tim also “sharpens the saw” by taking two trips per year. One is an anniversary trip with his wife, Beckie, who is also the second vice president over personnel, audits and payroll at Sierra-West. The other trip is with his six children, five children-in-law and 12 grandchildren.

Back to the Beginning

Although Tim is focused on entrepreneurship, he began as a sales associate for Bullock and Losee Jewelers to help pay for college.

He also held positions with Schubach, Zales, then worked as vice president and general manager for the then-largest chain in the world, People Jewelers in Toronto. Eventually he worked with Gemveto Designers, an international designer of Paris and New York, as he learned the industry and made plans to one day own his own cases of wedding bands and earrings.

Tim’s to-do list is now full of owner duties, but his roots are still in sales.

During the Christmas season, he personally takes care of more than 200 orders.

“I sell every day,” Tim says. “It helps me keep my finger on the pulse of my business.”

With six grown kids and 12 grandkids — many of whom work with Tim — the sky is the limit.NO