A Teaspoon of Variety 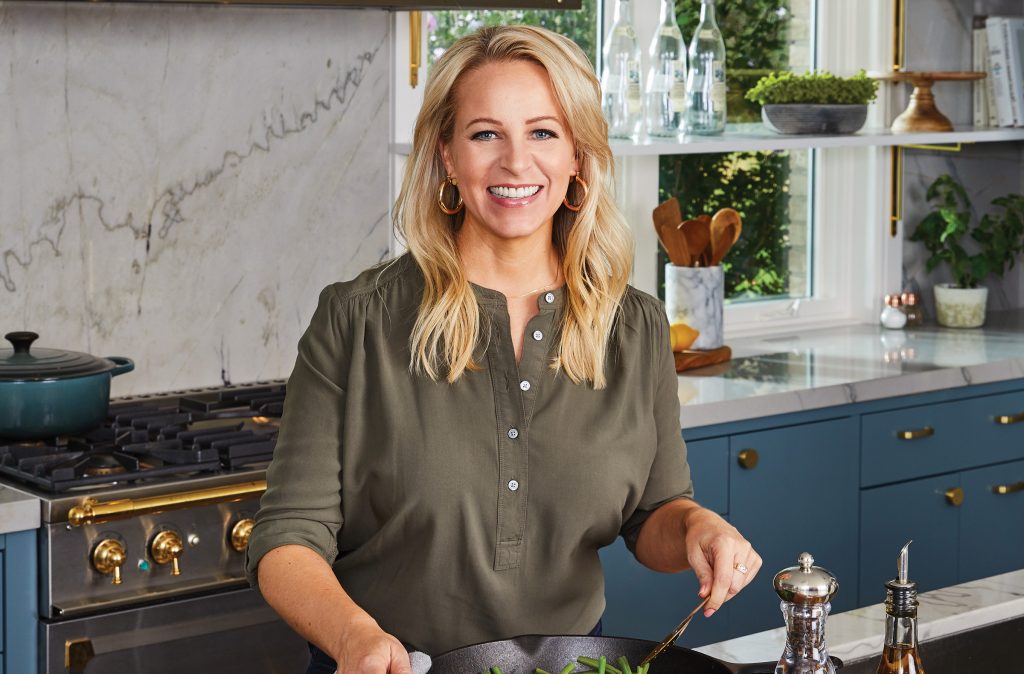 Tara Bench’s career includes both Easy-Bake Ovens and Martha Stewart’s kitchen. Her two hometowns are New York City and Orem. And she sees a cookbook as both a finish line and a starting place.

A woman of contrasting flavors, Tara is most commonly known as Tara Teaspoon. In fact, her mouth-watering cookbook titled “Live Life Deliciously” is authored by her alliterative and description nickname of “Tara Teaspoon.”

“I’ve been in food publishing throughout my career, but putting together a cookbook was much harder than I ever thought,” Tara says. “It’s so different than creating content for a blog or magazine.”

And Tara would know. After attending Dixon Middle School in Provo and then graduating from high school in Arizona, she started at BYU but eventually switched to Utah State to study culinary arts and journalism. Her two areas of emphasis proved to be her signature recipe, as she started out as an intern in the test kitchen for Martha Stewart Living Magazine. She worked her way up from intern to senior food editor in a few years.

“I cherish the experience and the work I did there, and I still love thumbing through old issues to reference the recipes I was able to produce on those pages,” Tara says.

Later she was the food director for Ladies’ Home Journal magazine and now she develops food content for various magazines, companies, TV shows and online videos.

Clues to her future can be found in her childhood, where she learned to cook and bake alongside her mom.

“She would talk me through what she was doing and give me tasks,” Tara says. “And then there’s my dad, who would eat whatever burned biscuits came out of my Easy-Bake Oven.”

Tara has collected classic cookbooks throughout her life, and now her own title puts together her favorites in one place, beautifully photographed and organized in chapters such as “New Pantry Staples,” “Flavor-Inspired Dinners” and “Morning Glories.”

The new norms of 2020 have turned Tara’s book tour into a virtual one. “Live Life Deliciously” is available at Deseret Book and multiple online retailers.

“The hardest part was organizing the book so that people felt invited in and would keep turning pages. We were intentional about each photo and page design,” Tara says.

“The way we eat now is so much more flavorful and expanded. We’ve fallen in love with ethnic cooking as we’ve become used to eating out more often, and those flavors are easily accessible for today’s pantries,” Tara says.

Tara’s favorite restaurants in Utah change by the season. She loves the Pho houses, Mongolian barbecue, Thai food and even Italian eateries in Utah Valley and beyond.

“But when I’m in Utah, I am mostly cooking at home eating with my family,” she says.

Tara’s fans are following her even more closely now that they are spending extra time in the kitchen.

“I’m hearing that people are cooking three or four times as much as they were before, and this requires a lot more meal planning and thinking,” Tara says. “Spring and summer primed everyone for a new cookbook — people are wanting to fix their own meals on nights where they would have gone out in years past. People are becoming more comfortable in the kitchen.”

Tara’s dishes in “Live Life Deliciously” range from complex to comfort — from “Smoky Romesco” to “Moroccan Kebabs” and “Vanilla Cupcakes with Buttercream Frosting.”

But perhaps what she’s most known for among her friends in Utah and New York is her chocolate chip cookies.

“I like to create new dishes, but I’m also aware of what people truly want and will eat,” she says. “In my own family, we have someone with celiac, we have vegans, we have people who only like meat and potatoes. I love cooking for a diverse crowd.”

Tara Bench is the only daughter in her family and still connects with her mom on the topic of food. The day of our Zoom interview, Tara’s mom was flying to New York City (where Tara lives) to cook with Tara for a couple of weeks for some projects in the works.

“I’ve spent a lot of time with my family this year,” Tara says. “During COVID, I spent months in Orem with my parents. And now New York is coming back to life. Restaurants are spilling out into the streets with outdoor, socially distanced seating.” Tara will spend the holidays in Utah where she’ll gladly spend much of her time in the kitchen.