Holidays with Heart: Local artist Trey Warner shares the spirit of giving wrapped up in films 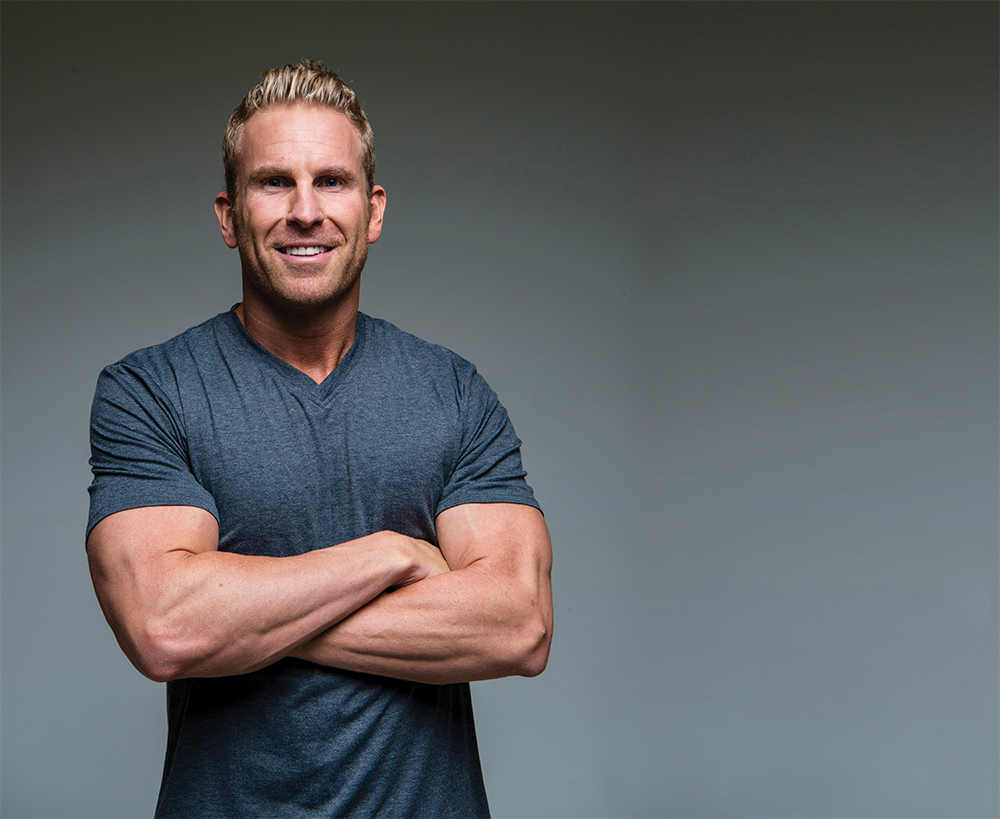 “The Christmas Project Reunion” celebrates a family tradition of “elving” neighbors. And by “elving,” we mean part Secret Santa, part doorbell ditching and fully about the spirit of giving back to others during the holidays. This holiday movie, which was filmed in Utah Valley and features local talent throughout, is available on Amazon Prime.

For Orem’s Trey Warner — who plays Uncle Steve and wore numerous other hats on the film, including his role as one of the film’s producers — loving your neighbor is at the heart of the holidays.

“We all struggle in some way and could all benefit from more compassion from others,” Trey says. “Christmas should be a time to remind us that we can do a lot to help each other along the way.”

And Trey knows how this idea works, as both giver and receiver.

Growing up, his parents did something similar to the “elving” featured in the movie. They would select a family and secretly deliver holiday-time hope through gifts and messages of love. However, one year, the roles were reversed and the Warners were the recipients.

“Not all investments go well and one year we were having a hard time,” Trey recalls. “Times were tough. We had one Christmas that was a bit difficult.”

During that time, the doorbell rang and Trey answered.

“There was an envelope with a bunch of hundred-dollar bills,” he says. “I looked at my brother and said, ‘I want to be this guy one day.’”

When Trey moved to Utah he was far from the one who could use independent wealth to bless others. However, after boldly declaring to his now-father-in-law that he would be a millionaire by the time he was 30, Trey set out to make the dream a reality.

“I have awesome parents who gave me confidence and showed me how to bounce back from tough times,” he says. “I studied what millionaires did with their money and then tried to do the same thing. We lived responsibly and worked hard to have money for some investments.”

When the real estate market crashed in 2008, Trey took the chance to buy properties and become a landlord.

“Since then, I’ve been trying to play real-life monopoly,” Trey says. “I achieved my goal of being a millionaire by the time I was 28.”

While he continues to manage real estate investments, he now turns his attention more to his love of film and music.

“I was in bands growing up and have always loved music,” he says. “It is still something I love to do.”

In fact, Trey’s “Uncle Steve” character is the DJ at the high school dance in “The Christmas Project Reunion,” and all the tunes spun are his originals.

His love of performing in front of the camera, however, was a later-in-life discovery that happened during Halloween.

“My wife loves Halloween,” Trey says. “She got me a Ron Burgundy costume and it opened doors to perform in front of the camera a bit.”

Impromptu pictures taken at Malawi’s in Provo featuring Trey and his wife dressed as newscasters from the Will Ferrell movie eventually led to a KSL story and other opportunities to perform.

“I loved it and found that I was comfortable with it. That was the real start,” Trey says.

Since then, Trey has worked to learn all he can about the movie business and has willingly been an extra in any production he could. When the chance to tell a sweet story about getting outside of yourself — especially during the holidays — came up, Trey was excited to jump in.

“The message of the movie is that you have no idea what others are going through and what other people are experiencing, so be kind,” he says. “People need to step back and put in a little bit of a ‘Jesus heart transplant’ or put on Jesus glasses and see others as Jesus sees them.”

The movie was filmed in Mapleton and Springville and was executive produced by Trey and Xango founder Gordon Morton and his One88 Media company.

Trey connected with Gordon and the two have plans to bring even more productions to Utah.

“We want to put Utah on the map,” Trey says. “There’s such immense talent here. Also, you can’t find a better place to shoot films. Quite frankly, the world is changing. Just because you’re an actor, it doesn’t mean you have to live in Hollywood.”

Plus, today’s entertainment industry has a variety of distribution channels enabling artists of all kinds and experiences to share their stories and find an audience. That is what Trey and the rest of the talented roll call associated with “The Christmas Project Reunion” hope they find with the movie this holiday season.

“This is a nice movie that has themes that can help people live a little kinder to one another,” Trey says. “I think we can all use that in the world right now.”

He’s making music (links to Spotify and Apple collections can be found at TreyWarner.com) and has a number of movie irons in the fire.

He has three movies in production. First, “Villains” is a comedy directed by Studio C alum Jeremy Warner.

The Gift That Means More

One pivotal scene in the locally produced movie “The Christmas Project Reunion” involves Trey Warner’s character playing the guitar in his room while talking to the main character, Matthew Buckley (played by Jacob Buster) about the genesis of the guitar.

At the time the guitar was given to Uncle Steve (played by Trey), he was in a rebellious stage of life and unkind to everyone — especially his older sister. Uncle Steve explains that despite his unkindness toward his sister, he later discovered the expensive gift came from her. The gesture changed the character’s life.

“That scene is a great analogy to what I feel we get from Jesus Christ,” Trey says. “We don’t make good decisions a lot of the time, but he still provides love and the greatest gift of all to each of us — even if we don’t deserve it. It can change our lives, too.”

Time for Family: For the Beebe police family, Christmas happens when folks can gather Next post