Time for Family: For the Beebe police family, Christmas happens when folks can gather 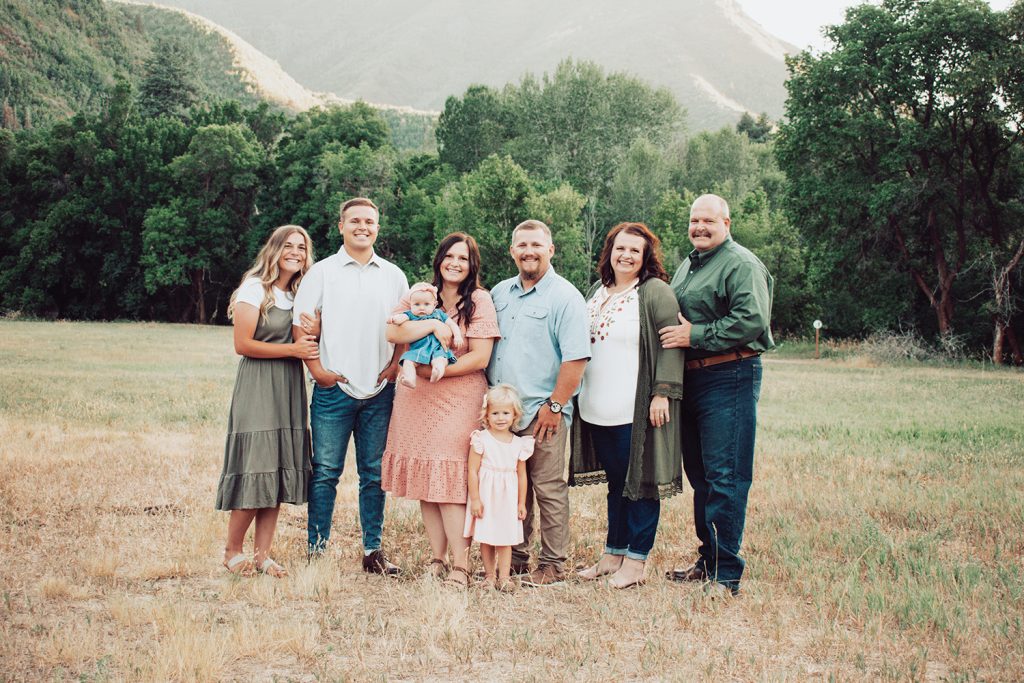 Like most young newlyweds, Springville High School sweethearts Troy and Teresa Beebe didn’t look far into the future about holidays, family traditions and work schedules as they were creating their future together one day at a time.

They took things as they came and adjusted when necessary. Especially when Troy decided to become a police officer.

“After I got married, I looked for something I would enjoy doing and that would allow me to provide for my family,” says Troy, who is now a captain with the Provo Police Department and lives in Spanish Fork. “I grew up playing sports and enjoyed the camaraderie that came with that. After doing a ride-along as a high school student, I thought I would really like being a police officer. And I have.”

In his 28-year career, Troy has done it all. He started as a sheriff’s deputy before moving to the Provo department, where he has been a patrol officer, served on the major crimes task force, and worked as a school resource officer.

In 2011, he even worked on a newly formed team dedicated to proactive policing and fighting against gang violence and drugs. He grew out his beard and spent his work time undercover.

“The time he spent with major crimes, where he was living two different lives, as really hard,” Teresa says. “But it helped so many people. And he can do it and do it well.”

Teresa wasn’t surprised when her husband first told her he wanted to be a police officer. She didn’t really know what to expect because the vocation was new to her and to their extended family.

“It’s hard to be a young mom at home with little kids and your husband is gone a long time and at night,” she says. “Especially as the kids got a little older, there were times I felt like a single mom. But, it was rewarding to see how proud our kids were of their dad. It’s honorable work.”

The Beebes’ two children — Haley and Brandon — are both married now and grateful for the work done by their dad and others like him. In fact, following his mission, Brandon got married and then joined the police department in Springville.

“I was really surprised he picked police work for his career,” Teresa says. “When he suggested it to me, I reminded him that he knows what it’s like to be a police officer’s child. He knew the hours. He knew the stress. He knew that police officers sometimes miss family things. But he also knows how honorable it is. He has that same thing his dad has — a sincere desire to help people.”

So, when the holidays roll around, the Beebes are flexible.

“We’ve always planned things — with our immediate family and our extended family — around Troy’s work schedule,” Teresa says. “We always get around to our family traditions, but they might not always be on the same day each year.”

When Haley and Brandon were young, it also meant that some Christmas mornings were at 4 a.m. before dad left for work at 6 a.m. — or after he finished a shift and before he went to sleep.

“If he was asleep after an all-night shift, the kids would have to be quiet while playing with new Christmas toys,” Teresa says. “But they were so great and appreciative that their dad did what he did.”

In fact, as the Beebe children look back at their childhood, they shared with Teresa how much they liked “sharing” their dad with others who needed him during those hard holidays.

Despite the scheduling challenges, though, the Beebes always hit the holidays hard. There is family, food and fun. Some of the fun even allows Troy to use his police training to gain an advantage over family members.

Teresa’s father was raised in Denmark and her family has always eaten rice pudding as part of their holiday heritage. Teresa’s mother hides a whole almond in one of the servings and the lucky recipient of the almond gets an extra present.

“I do a full scale investigation on each of those servings,” Troy says. “We take it seriously.”

Troy and Teresa also host a gingerbread and cookie decorating night with nieces and nephews.

And now, they get to do all of this with two beautiful granddaughters.

“They are the most beautiful granddaughters you can imagine,” Teresa says. “They have taken the holidays to a whole new level for us.”

The two granddaughters — 2-year-old Mae and 7-month-old Elsie — are the daughters of Haley and her husband, Logan Miner. And these two new family members are game-changers.

“There’s a whole different level of excitement now that we have those grandkids,” Troy says. “It’s fun to see the compounding joy that comes from seeing your kids with their kids.”

For the Beebes, Christmas is also a time of celebrating the birth and mission of Jesus Christ. In fact, when Troy is mired in grime of policing, he finds perspective from his faith.

“My testimony is special to me,” Troy says. “I have to treat people the way Jesus Christ would treat them. That is at the heart of what I try to do. That speaks to all levels of policing.”

And it speaks to how the Beebes treat each other, too.

“For us, Christmas isn’t about a certain day or certain schedule,” Teresa says. “It happens when we can be with our family — with the people we love. The rest of it is flexible.”

A Tough Time for the Blue

The social unrest of last summer and increased scrutiny on police officers has changed things for police families, including the Beebes. In fact, in true Troy Beebe style, he focuses on what can be learned in trying times.

“We’ve developed a public order team and we have equipment and training in diversity and how to maintain a neutral viewpoint,” he says. “When we’re in uniform, we’re unbiased fact finders. You have to wipe away any biases.”

“I wish that people would see that 99.9 percent of the officers out there have families who love them and that are praying for them to come home every single night,” she says. “They started this job because they want to help people, want to serve and want to make the world a better place.”

Ironically, Troy and other police officers take seriously their role as peacekeepers, protecting people’s right to protest — even to protest the police itself.

Enchanted Encounters: Will & Courtney Snowden’s holiday plans adjust with the seasons Next post