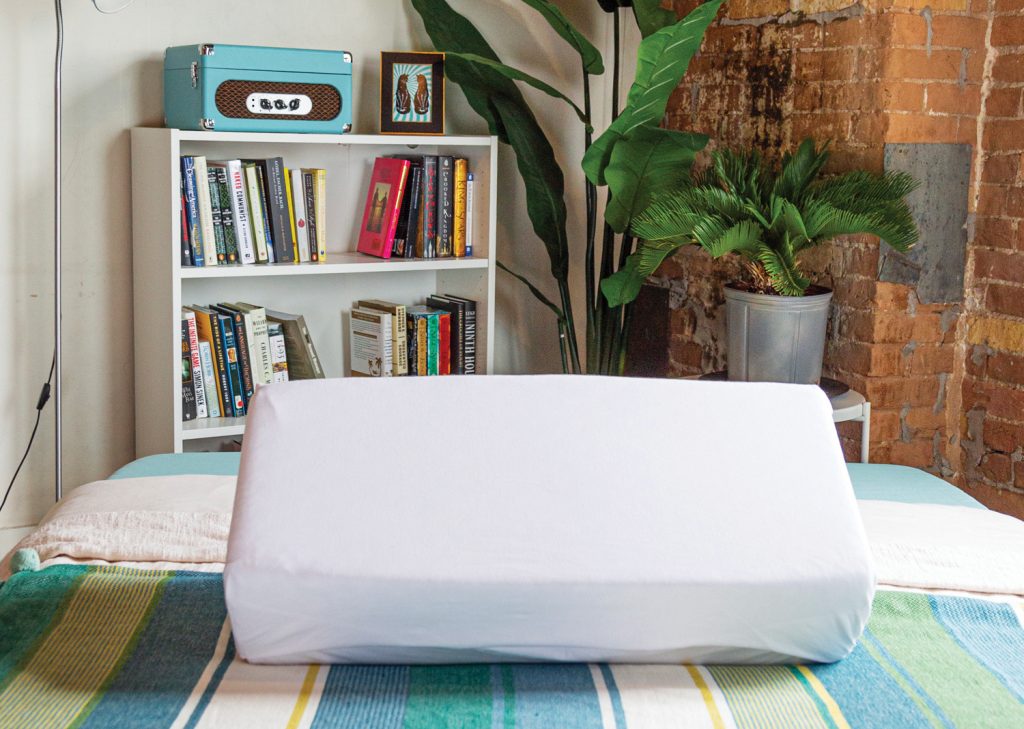 Davis is not only the creator of the Pillow Cube, he is also the founder of advertising/marketing agency Creatably. The agency has an office in Provo and specializes in helping grow local brands like Gabb Wireless, Owlet, and Homie.

The sleepy seeds of Pillow Cube were sown when Davis was 10 years old. After a night of bad sleep at a sleepover, his friend’s mother asked if he had ever heard of a Japanese pillow box. The idea made sense to Davis. As he grew up, he noticed he actually slept better on the square-shaped arm of a couch than a traditional soft pillow. Then, a couple years ago, Davis was working on a campaign for a mattress company. He had a bunch of mattress foam samples laying around and thought, “That looks like a good pillow!”

He tested it out, loved it, and the Pillow Cube was born. Davis and his team played around with the design — even testing out a foldable option — but eventually they decided the simplest answer was the best answer.

“With such a simple design, we can put our money into high-end materials,” Davis explains. “We put the idea on Kickstarter and raised $120,000.”

Pillow Cube’s brand voice is snarky and sassy, which is a departure from the blue clouds and soothing vibes most sleep companies stick to.

“We are going to launch some funky custom pillow cases, and we are really playful and engaging on our social channels,” Davis says.

While originally Pillow Cube’s target audience was side sleepers, customer feedback shows the pillow is being loved for a variety of reasons.

“Moms have told us they love using them as breastfeeding pillows and that their babies love to play on them,” Davis says. “Some customers use them as a seat cushion for back support — and lots of people love them for traveling.

Pillow Cube is currently in talks to be distributed at big retailers, but until then, consumers can get their nap on at pillowcube.com.