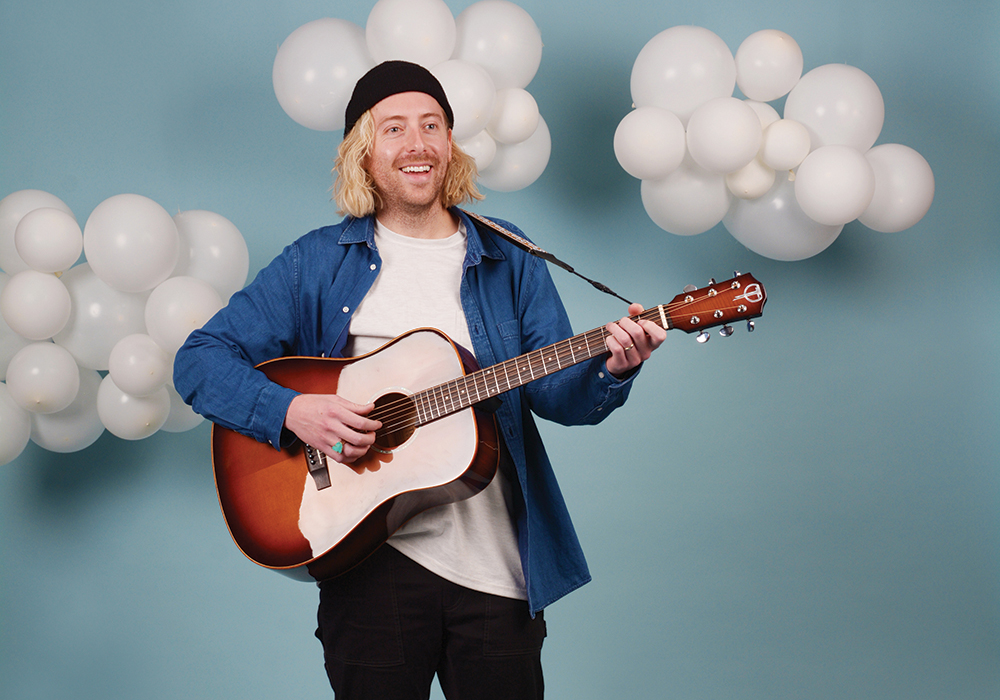 Wave your hands to the beat as you meet the face behind The National Parks songs and vocals. Brady Parks started his Provo band in 2013 with three other musicians. Their first American/folk debut album quickly reached No. 13 on the iTunes charts, and in 2015, The National Parks was named the best band in Utah. Although the band faced challenges to the tune of Covid in 2020 (including the cancellation of their U.S., Canada and UK tours), the band found a way to travel to their fans around the country. With the help of a campfire, stars in the sky and a van full of guitars, The National Parks played intimate acoustic shows.“We were forced to get creative, think outside of the box and ended up playing more than 50 shows in a safe, memorable way,” Brady says. “It was one of the most magical tours we have ever done.”

Merry-Go-Round Moment “I’ll never forget headlining the 2019 Rooftop Concert Series in Provo. At the end of our set, we played our song ‘As We Ran.’ I looked out and saw 12,000 people jumping up and down, singing along. I was blown away. I was filled with so much love, energy and joy as we were all experiencing that moment together.”

Rollercoaster High “My peak experience in life was marrying my amazing, talented, smoking-hot beautiful babe of a wife, Megan. Being married to her is as good as it gets, and I’m a very lucky man. The fact that we get to create music and go crazy on stage together, and then come home and binge-watch Netflix is a dream.”

Gem of the Utah Valley Jamboree “I love spending time at June Audio Recording Studios in Provo, as well as going to and playing shows at Velour Live Music Gallery. I love Rock Canyon, Utah Lake and BYU football games.”

Kettle Korn Quirk “Unfortunately, I have horrible dance moves that I can’t help tapping into and going hard when my jam comes on.”