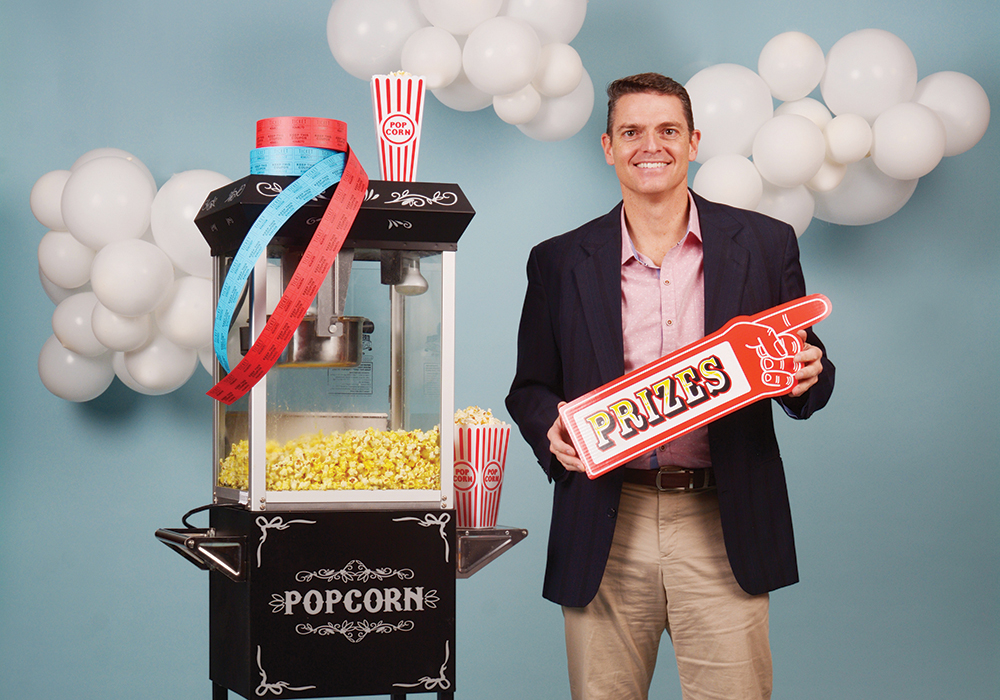 A “business alchemist,” Curtis Blair has led five companies to multi-million dollar status — including growing a marketing company from zero to $15 million in six years and then orchestrating its successful exit in 2019. He could choose to spend his days Glunching (read on to define his made-up word), but instead he took on a role others shook their heads at. Curtis became CEO and president of the Utah Valley Chamber of Commerce during the height of Covid last year. The organization was struggling and at a crossroads, and this seasoned executive brought his mentorship and track record to the organization. Curtis is an active volunteer and leader at SUU and UVU, where he and his wife walked straight out of the 1950s for the UVU Scholarship Ball Drive-In last September.

Rickety Ride “When I was 8, my dad’s job moved our family to a new city every two years until I graduated — five states in 10 years. I have no idea how to answer the question ‘Where did you grow up?’ As an introvert, I preferred to be alone but forced myself to make friends and get involved in school.”

Merry-Go Round Moment “I would love to relive the trip to Costa Rica with my wife, in a rental car, broken Spanish and only a few colones in my pocket.”

Theme Park “My personal theme park would be a mini golf course where each hole depicts a lesson learned, friend made, opportunity lost or gained. Wow! That would be a par 245 course and counting!”

Grand Prize “I can’t live without Diet Coke. I tried giving it up — worst food experience of my life.”

Gem of the Utah Valley Jamboree “I love participating in the economic growth and urban expansion of Utah County while helping this valley remain one of the most desirable places to work, live and recreate.”

Clowning Around “Glunch. That’s golf and lunch in the same afternoon. Call me up for ‘Glunch’ sometime — my treat!”