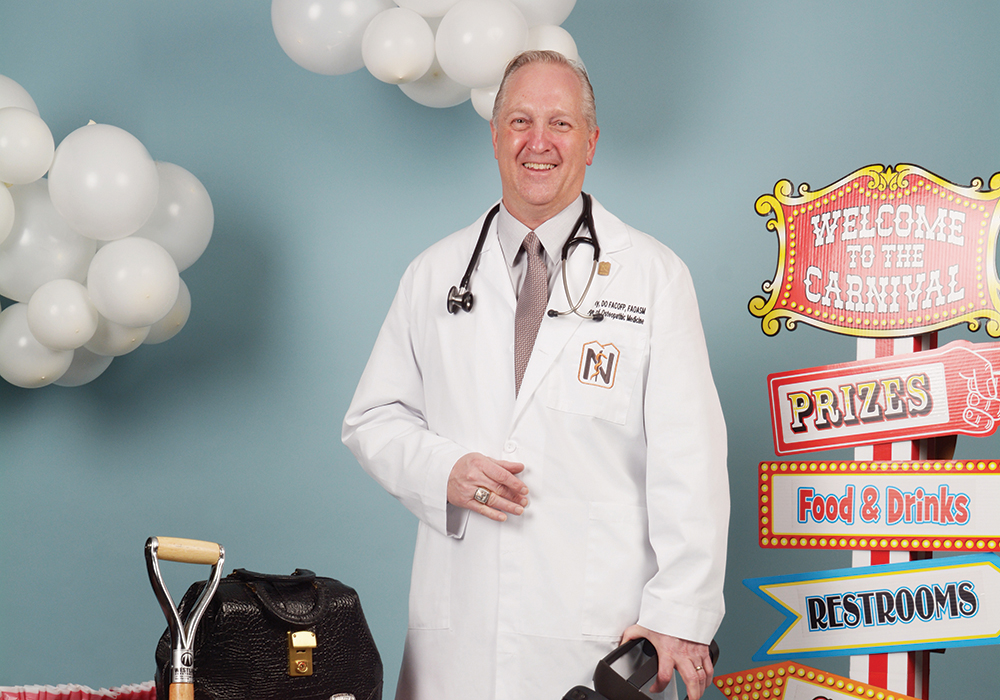 While the long white coat and stethoscope around his neck might be a dead giveaway, you might not notice the World Series ring around John Dougherty’s finger. A man of many medical successes, Dr. Dougherty began caring for the Kansas City Royals in 2008. It wasn’t too long after being hired that he realized the key to the players’ healing could easily be found by spending time in the healing climate of the Dominican Republic. Now, many MLB teams have followed this precedent when caring for their athletes. Because of his contribution to the Royals (now a 13-year relationship), when the team won the World Series in 2015 they gave him a ring of his own. Dr. Dougherty’s other position on life’s roster is as the dean of the first medical school in Provo — Noorda College of Osteopathic Medicine. The school welcomes its first class of medical students this fall and provides a modernized curriculum that is “student-centric.”

Rickety Ride “I’ve struggled with self-confidence and was often told, ‘You can’t do that.’”

Theme Park “My personal theme park would be a 1980s Rock & Roll themed amusement park. (Minus the hair bands!) Who doesn’t love a good rock opera?!”

On Stilts “I look up to healthcare workers and law enforcement for answering the call when we need them the most.”

Sweet Suggestions “They can’t say no if you don’t ask.”

Kettle Korn Quirk “I have a bit of an artist’s eye. In high school and college, I was very active in the arts and theater. To this day, I like to weave that perspective into whatever I am doing.”

Firework Finish “In the future I see myself enjoying the fruits of our Noorda-COM team’s labor and bragging about our the achievements of our first graduating class.”